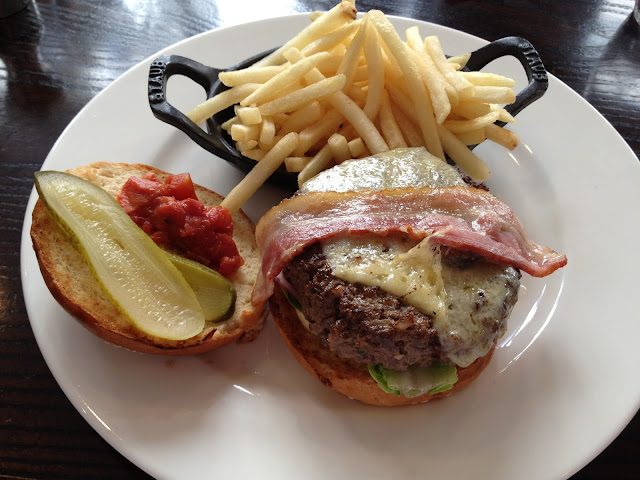 Chiswell Street Dining Rooms is a modern British restaurant and cocktail bar complete with seven private dining rooms
Located on the corner of Milton Street and Chiswell Street, in the original home of the Whitbread brewery, the bar and restaurant now evokes an atmosphere of abundant good times.

This is a great looking restaurant in a busy street in the city. Most of the people in here were, I imagine, on a business lunch but the atmosphere was good and the food passing by looked of a high quality.

I was with work team on a leaving lunch so with this being paid for I had to make sure the joy of a free lunch didn't detract from my reviewing of their burger. 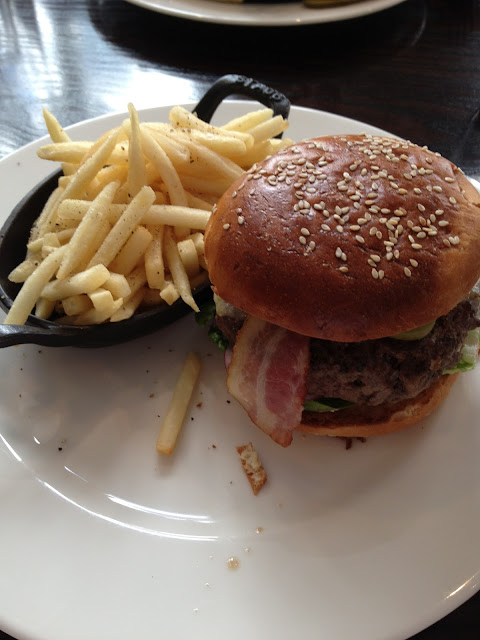 MEAT - Quality beef used here. Cooked over the medium rare requested however it was so good this wasn't an issue.

BUN - I don't had the words do express my disappointment here, it was horrible! It was really heavy, dry with no give and subsequently too big to be managed in a comfortable mouthful. Ruined the burger unfortunately. 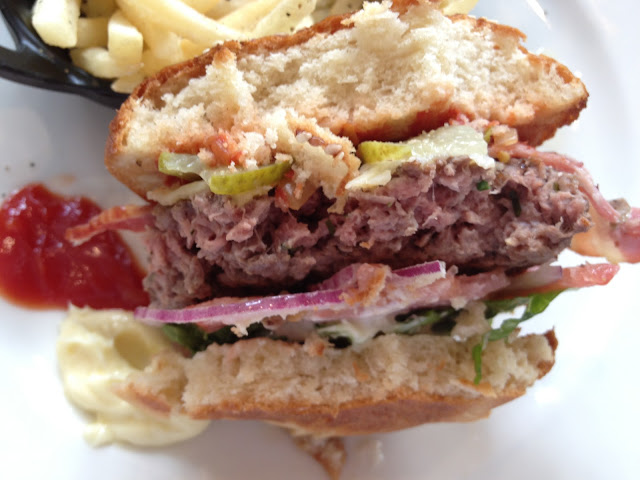 TOPPINGS - The salad and garlic mayo sauce used here were spot on however a better coverage on the tomato relish was needed. The bacon was a bit limp and a bit more cheese would have been nice.

SIDES – The fries had no taste and had been waiting around the kitchen too long I imagine as they were not warm enough. They did have hand cut chips on the sides menu and would have liked to have tried these instead but it wasn't offered as an option from the waitress.

This has been one of the hardest reviews I have had to write so far as when eating and discussing with someone else at the table who had the burger I said it was the worst burger I have had in sometime, yet when breaking the burger down in this review it came so close to being one of the best you could get, but the bun crucified it.

4 maybe harsh but with a better bun and some more TLC on the fries could potentially turn into a City of London burger spot.