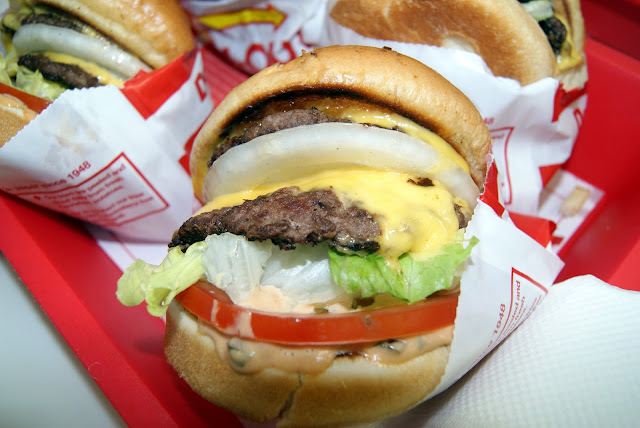 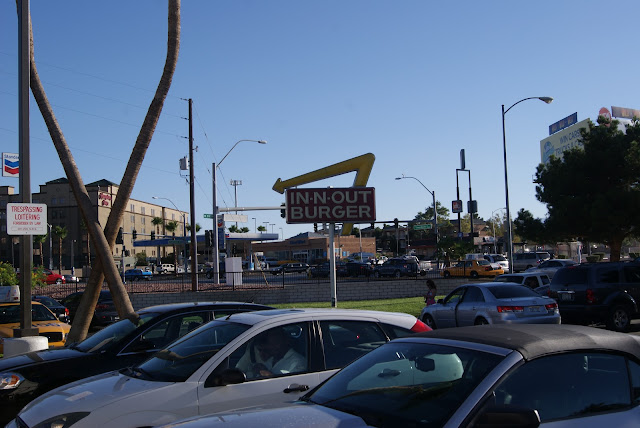 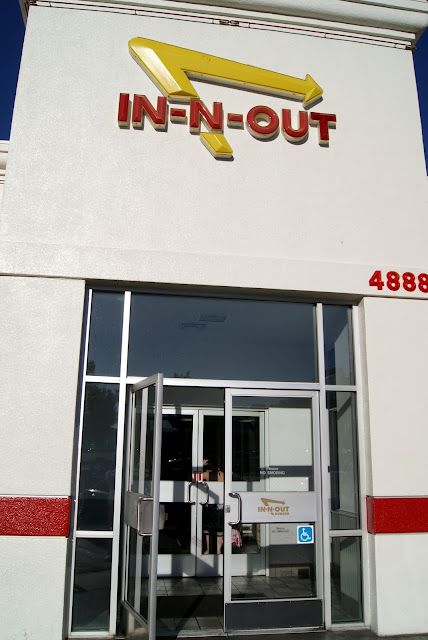 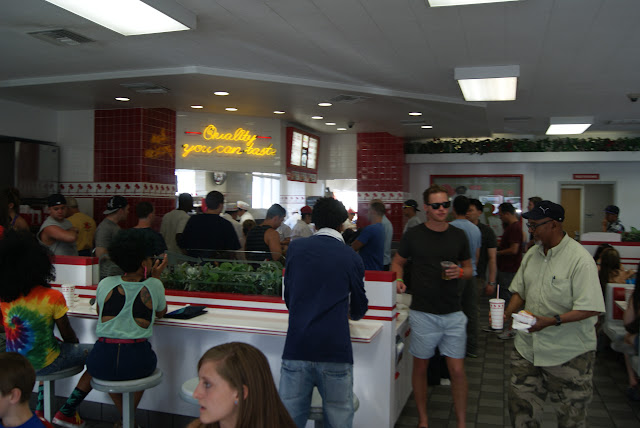 The last day in Vegas and there was only 1 place we were going; In-N-Out Burger the world famous West Coast restaurant which opened its 1st store opened in 1948 and has not expanded past Arizona, allegedly due to their no freeze policy quality control . 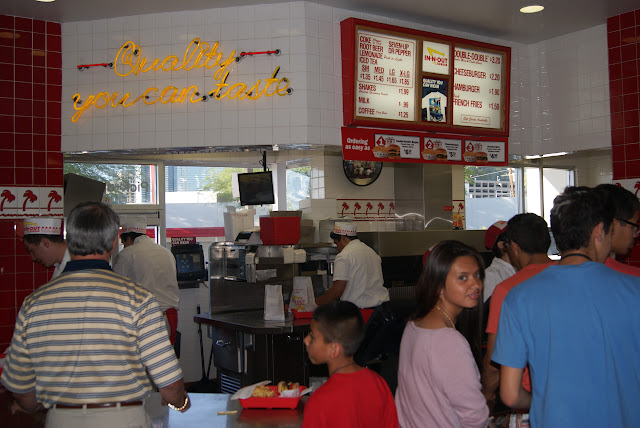 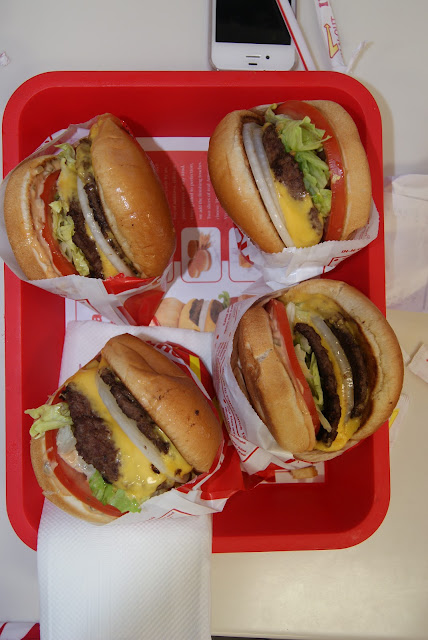 MEAT - For such a small patty a superb flavour whilst still managing to be juicy is quite a feat. Freshly made in store and cooked when ordered, so a bit longer to wait when compared with other fast food chains but none of that hanging around going cold waiting for someone to order it. 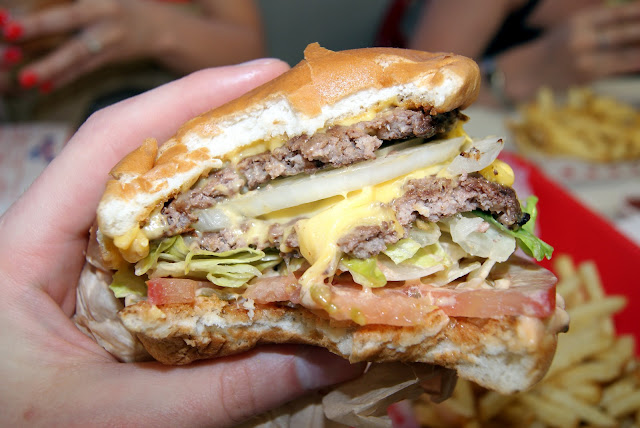 BUN - A slow-rising sponge dough; Fresh, lightly toasted, tasty and managed to maintain the double double with ease. Did everything you would want faultless.

TOPPINGS - WOW, embarrassingly better then most restaurants let alone a 'fast food chain'. Every bite has an equal amount of their fresh tasty toppings, shredded lettuce, onion, tomato and cheese. I've been going off tomatoes being in burgers recently as they are usually too wet and not consistent throughout the burger but this wasn't the case here, consistent, huge taste and the size of the bun. The sauce used was similar to thousand island and when I read about this I was apprehensive but i was wrong, it was lovely.
There are lots of other toppings you can add from their secret menu, which isn't much of a secret, but like me you can forget.

SIDES – Fries weren't great but they are cut throughout the day and are cooked in 100% cholesterol free vegetable oil. The milkshake was delicious, vanilla and made with real ice cream with perfect consistency. 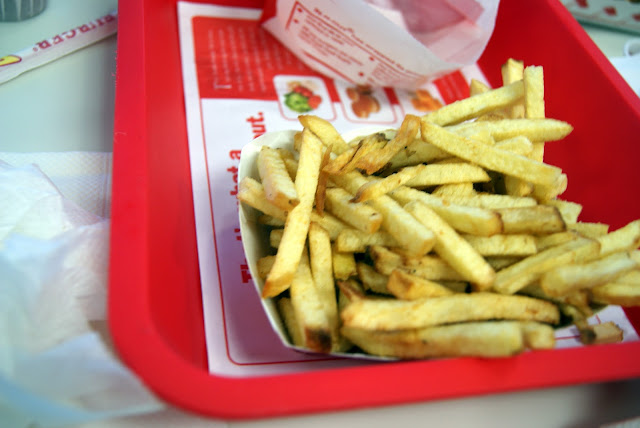 An American(go figure) was at the table next to us and striked up a conversation when I started to take photos, he said "just eat it, you can't eat the photo, its too good". He was having a 4x4 and his mrs was having a protein burger(burger wraped in lettuce), he then went on to explain he now lives in South Dakota and has offered In-N-Out as much money as they would like to open a franchise near him but they have declined due to their concerns over the quality.
A supurb meal which really is a west coast legend and a must if you are near. Quality you can taste, never a more accurate slogan. 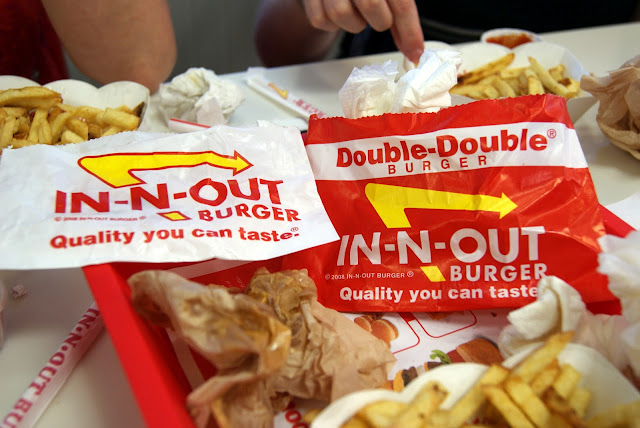