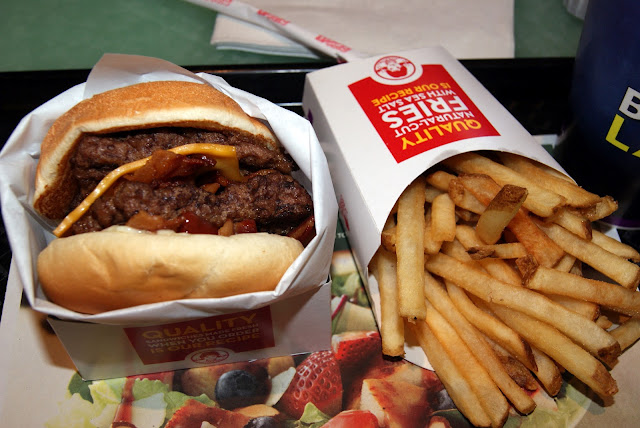 
A deviation from shopping led us to the food court, and then to Wendy's to try the world famous square patty. MBA(Mrs Burger Addict) had been to Wendy's before when it was in the UK; according to wikipedia they were in the UK from 1980-1986, and 1992-2000.

A good selection of burgers that it seems you can double and triple at your leisure. Trayed up and it was looking good with the bacon and cheese coming out of the sides the big square beef patty. I am a fan of burgers being dished up on show rather then boxed up. 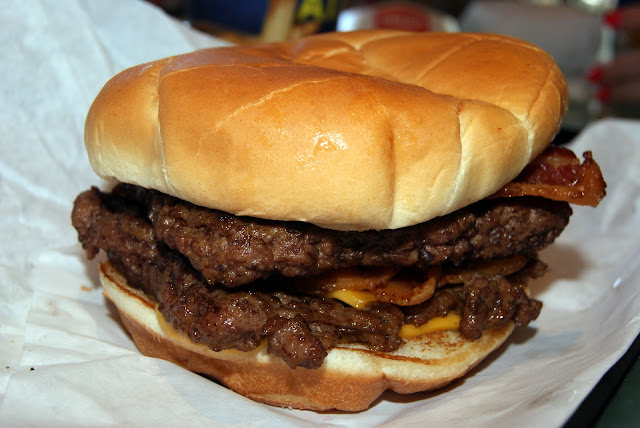 MEAT -The world famous square cut patty, how does it live up? Pretty good actually. They advertise that they are freshly ground beef patties rather then frozen at similar restaurants and it really does come through. The beefiest patty I have had from fast food chain. 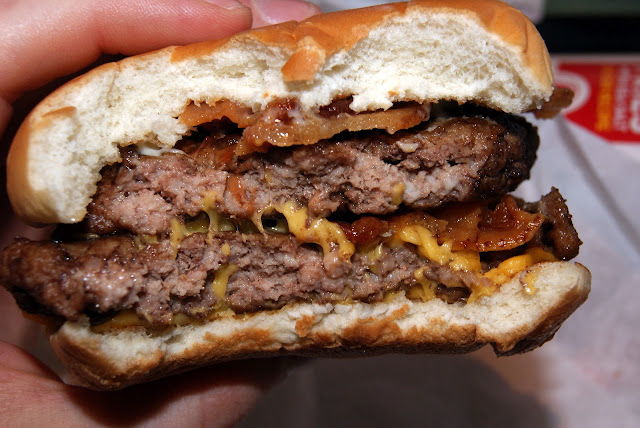 BUN - Cold, not freezing, but noticeably colder then the rest of the burger. If this was the standard process I would be surprised, and if it is change it. Temperature aside a solid bun that did the job.

TOPPINGS - American cheese had a strong milky flavour which was perfectly balanced with the smokey bacon. It was however lacking a melt where it's span exceeded the square patty, shame.

SIDES – Skin on fries, lightly salted, nicely fried but with no real taste. An interesting selection of slides which includes a broccoli cheese potato!

A very tasty burger where the beef really was the star of the show. Would have jumped up a few marks if the bun wasn't below room temperature. Not sure why they flopped in the UK twice but it just adds another must go to US chain that we don't have.