Please be warned; some people may find the following post offensive. No people however were harmed physically or mentally in the construction or consuming of this burger.

I ordered the McGangBang to laughter from the guy serving. He knew what it was and tried to resist at first then surrendered saying he will deliver the meal but I will have to put it together myself, fine by me.


Few seconds later my Double Cheeseburger and McChicken sandwich were on the counter. 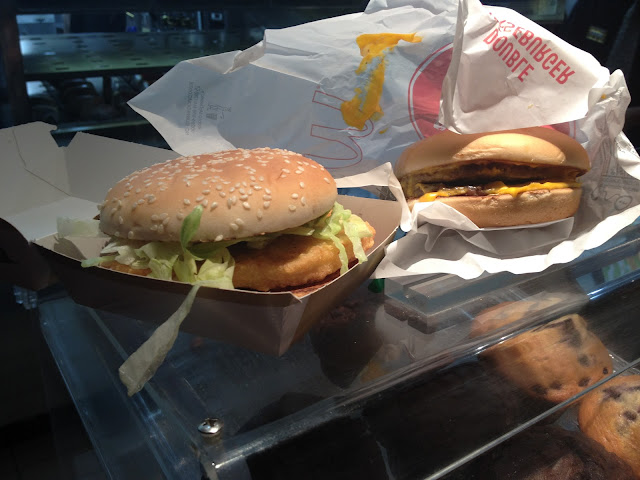 I open them both up, split the double cheeseburger and sandwiched the McChicken. It was huge. The McDonald's buns have a lot of give however so making this into a manageable mouthful is quite easy. 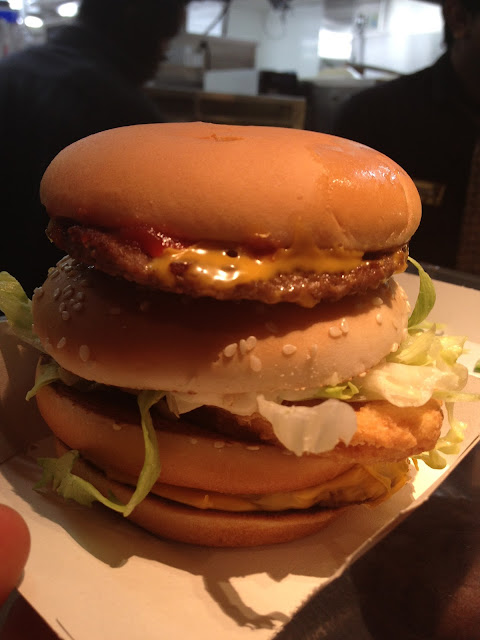 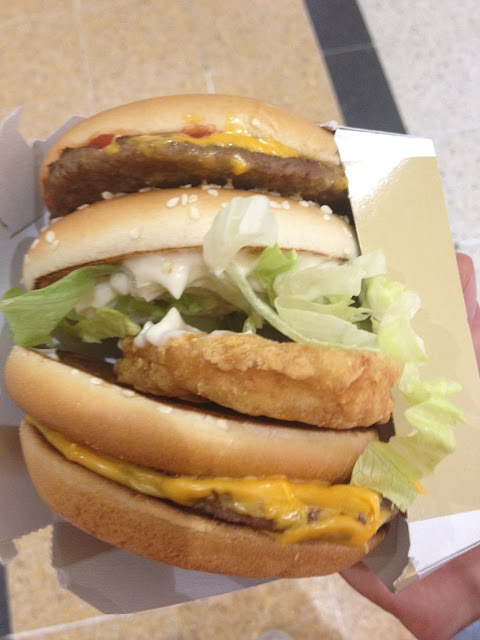 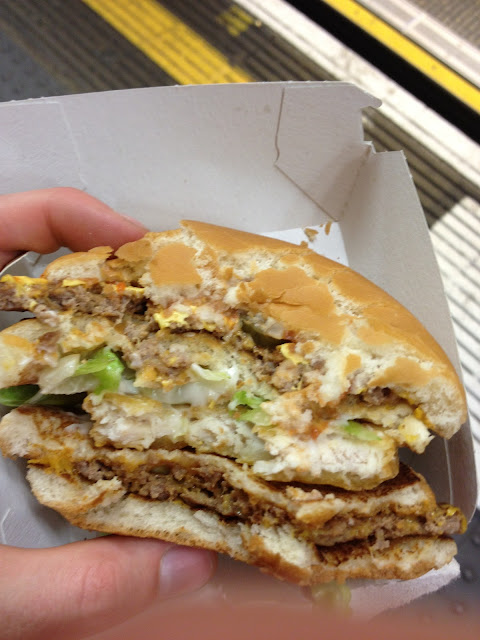 Shamefully I quite enjoyed this filthy burger however the bites MBA and my sister had wasn't as well received, too much bread. With 4 slices of bread and only 2 thin slices of beef and 1 chicken they obviously had a point.

I won't rate a McDonalds off the menu burger I'm better then that....but I did enjoy it and would order it again, only after a drinking session mind.