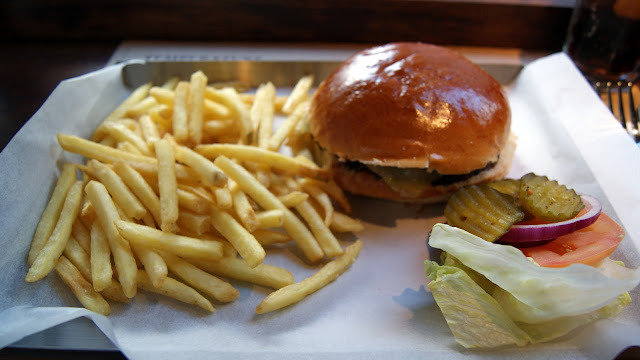 "First 500 followers on twitter get a free burger"..BOOM, I'll have some of that.

I added them not knowing who they were or where they were opening, but a it's a free burger, follow and look at that stuff later hey.

They opened Monday and were the final of the 3 newly opened burger joints in London, so a rush down at lunchtime to see how they matched up. 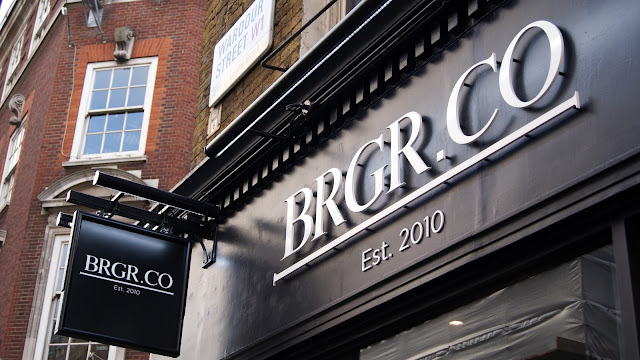 Its a tight squeeze in there, sits about 18, I got the last seat available unfortunately next to the door which when opened felt like being smashed in the face with ice cubes, not that there is much they can do about that I guess. 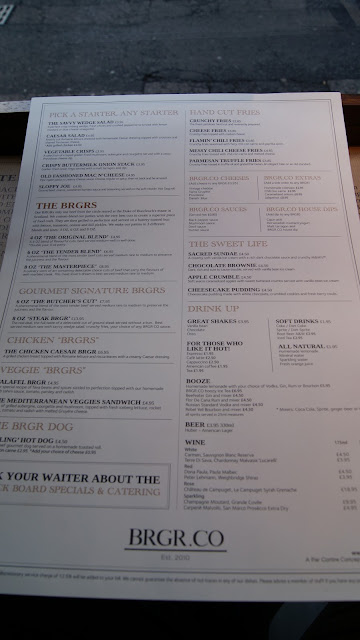 The 4oz and 6oz were free however I was keen to try there 'The Masterpiece' burger however my request to upgrade and pay the difference was declined which seemed strange to me.

I had about a 10 minute wait before my burger arrived; first impressions were not good. 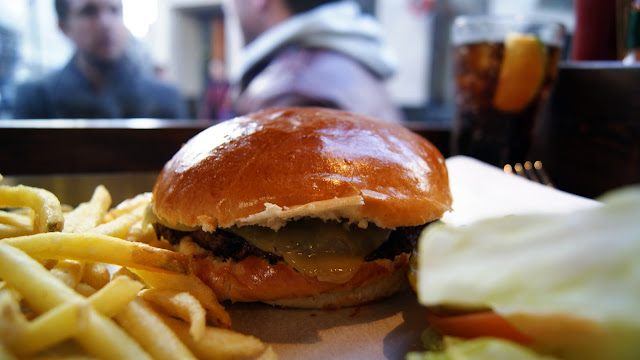 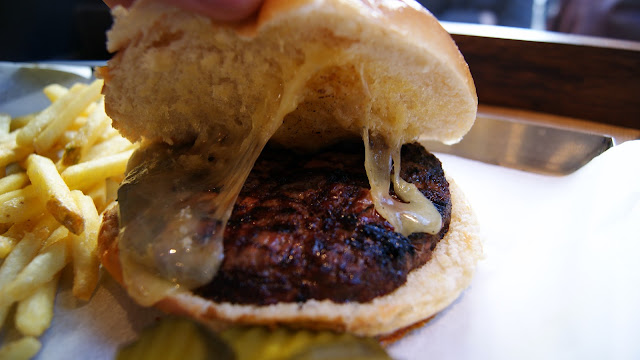 MEAT - Cooked medium rare as requested and for a thin patty was quite moist. The flame grill gave off that ol' BBQ taste however flavour was a bit hit and miss across the burger with one bite having far too much salt. The bottom of the patty however didn't have the same grilled texture as the top and was a bit wet. The patty was dwarfed by the bun, needs to be bit more compact, no one wants thin do they? 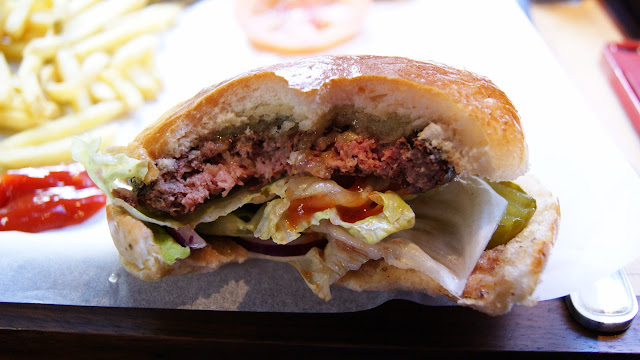 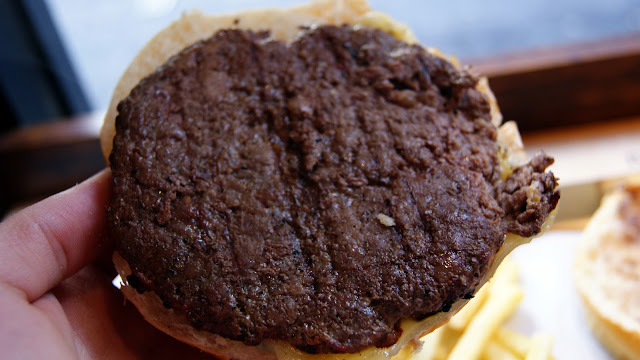 BUN - Top heavy. The top was fine but the bottom was limp and wet. It seemed like when steaming the cheese the bottom part of the bun was there too. It held to the end but there was nothing it needed to fight against in terms of juices. 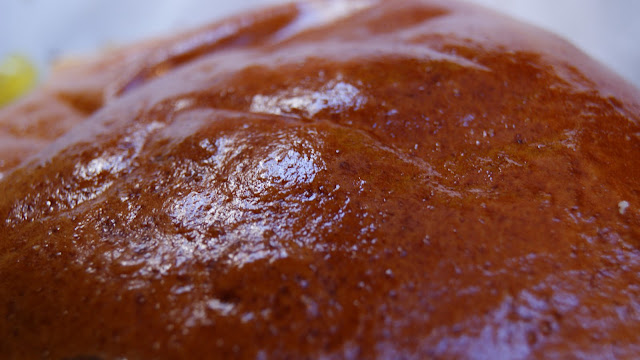 TOPPINGS - The burger comes with the lettuce, onion, pickle and tomato outside the burger, it's a DIY burger which I am not a fan of. The top bun is glued to the cheese and patty so you have to go underneath. I left the tomato out. The pickle was similar to that of the ones Burger King use, the lettuce was drab, the onion was fine. 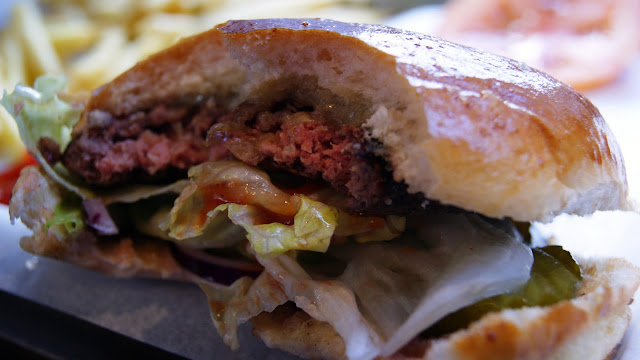 SIDES – My favourite fast food fries are Burger Kings and these fries were exactly the same. For me isn't a bad thing per say, crisp, salty, however at £2.85 and with fries around the corner from Honest (that I swear are made with some form of addictive drug) these fries just don't cut it.


I don't know if they got swept away with the BRGR hype in London or if we have thinking any burger joint that opens now will be of high quality but this isn't.

The menu was a warning, having different sized patties is a risk, then to suggest different cooking methods for each crazy? I don't know but I have not seen this anywhere before, the 4oz recommendation was 'well done' are they right, should their cut of 4oz beef be well done?

They have quite a big menu so maybe what they gave away free today wasn't the best they have to offer and we are all missing out...maybe but don't offer 500 away on twitter to burger fans who have most probably been spoilt over the last year or two and have really high expectations.

With so many areas to improve, and the feedback on twitter, it seems like a long road back for them. The area they are in maybe they can survive with passing tourist trade but I doubt they will every get the burger community back, not even if it is free. 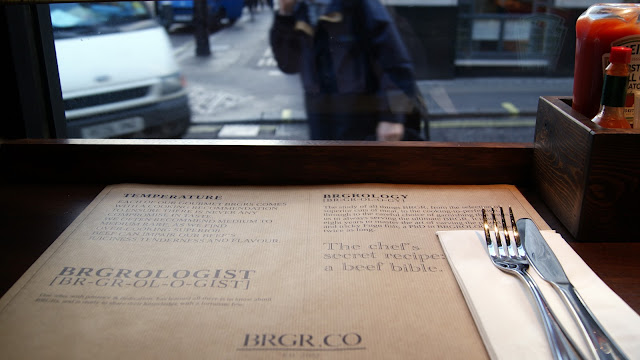 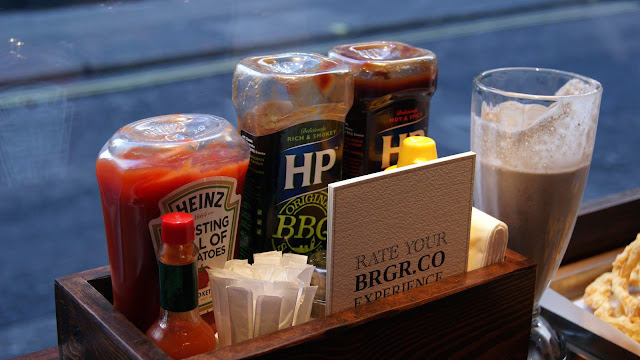 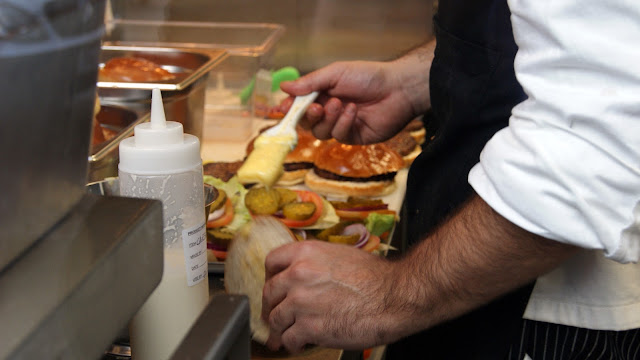 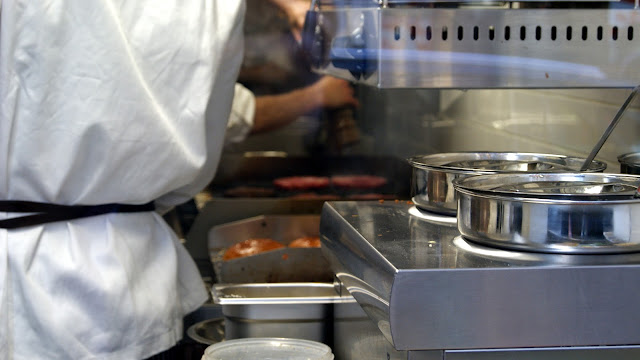