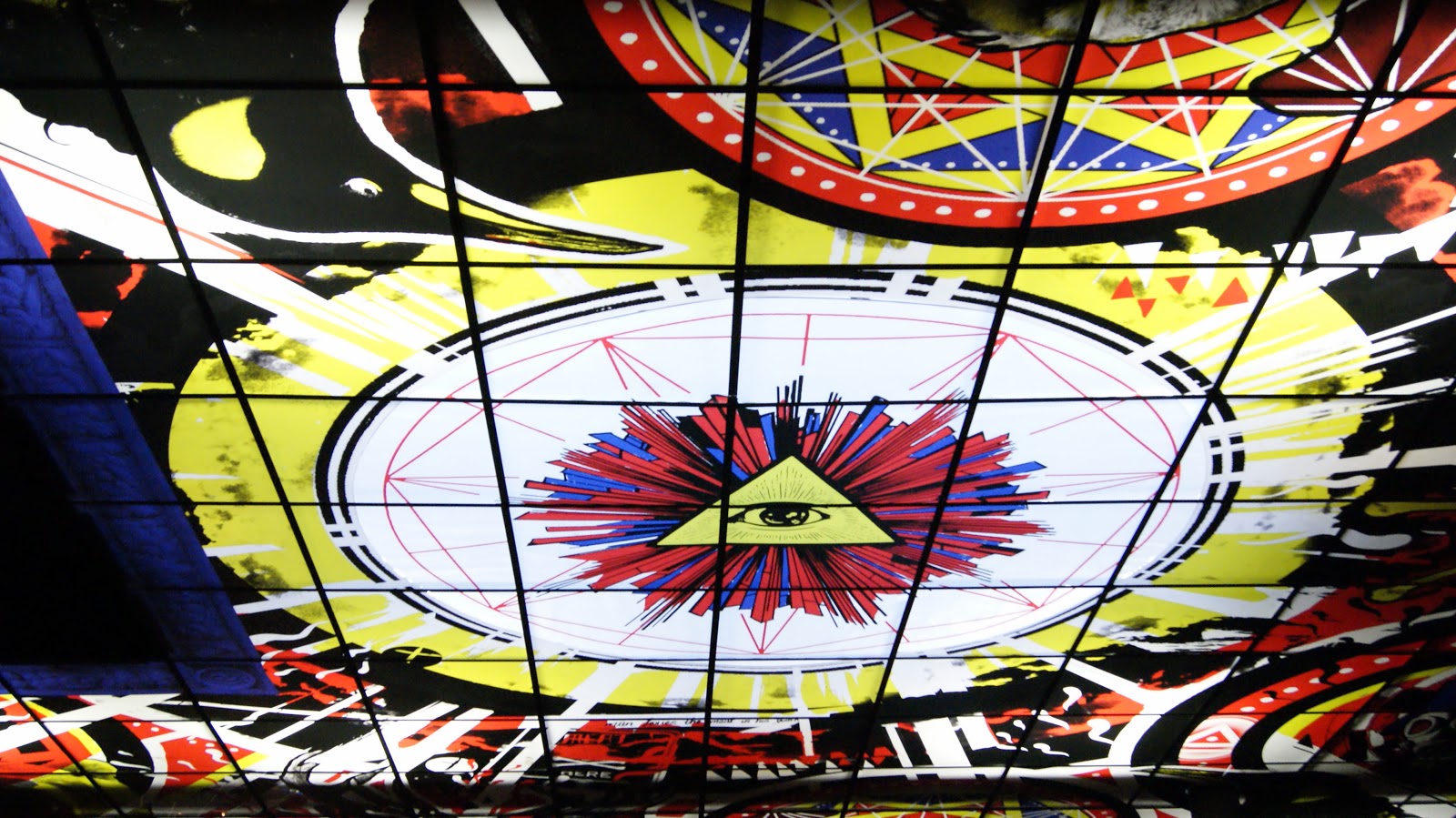 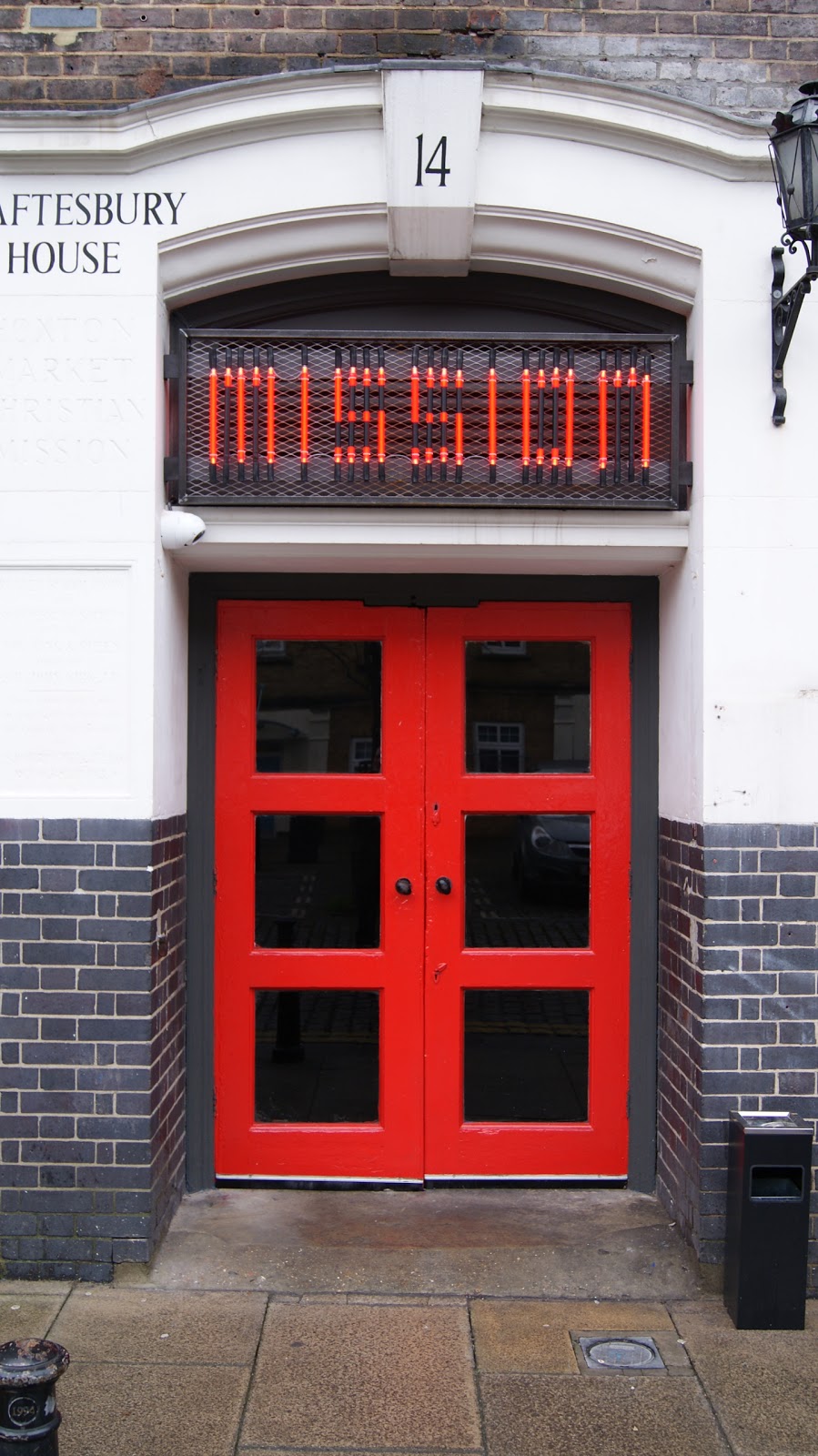 The mischievous teenager that was MEATliquor has grown up

Just over 1 year on from the doors opening at MEATliquor we now have their latest offering MEATmission. A few minutes walk from Old Street station they have taken over what was a Christian Mission building and turned it into their smartest venture yet.

As you walk through the double doors immediately you see the step up that has made here without losing what has worked so well for them. The kitchen roll and sauces on the tables still exist but the wooden school style table tops from before have been upgraded with a smart design under a glass top.  The famous graffiti emblazoned ceiling is now illuminated stained glass - they really have done a great job here.

Another big change at MEATmission is they now take reservations! Almost hidden away, on the right when you enter, is the sitting room where you have the opportunity to book a table through their website. The main room or the Great Room as it's called (pictured below) will still be operated on a first come first served so still expect a queue during peak hours. 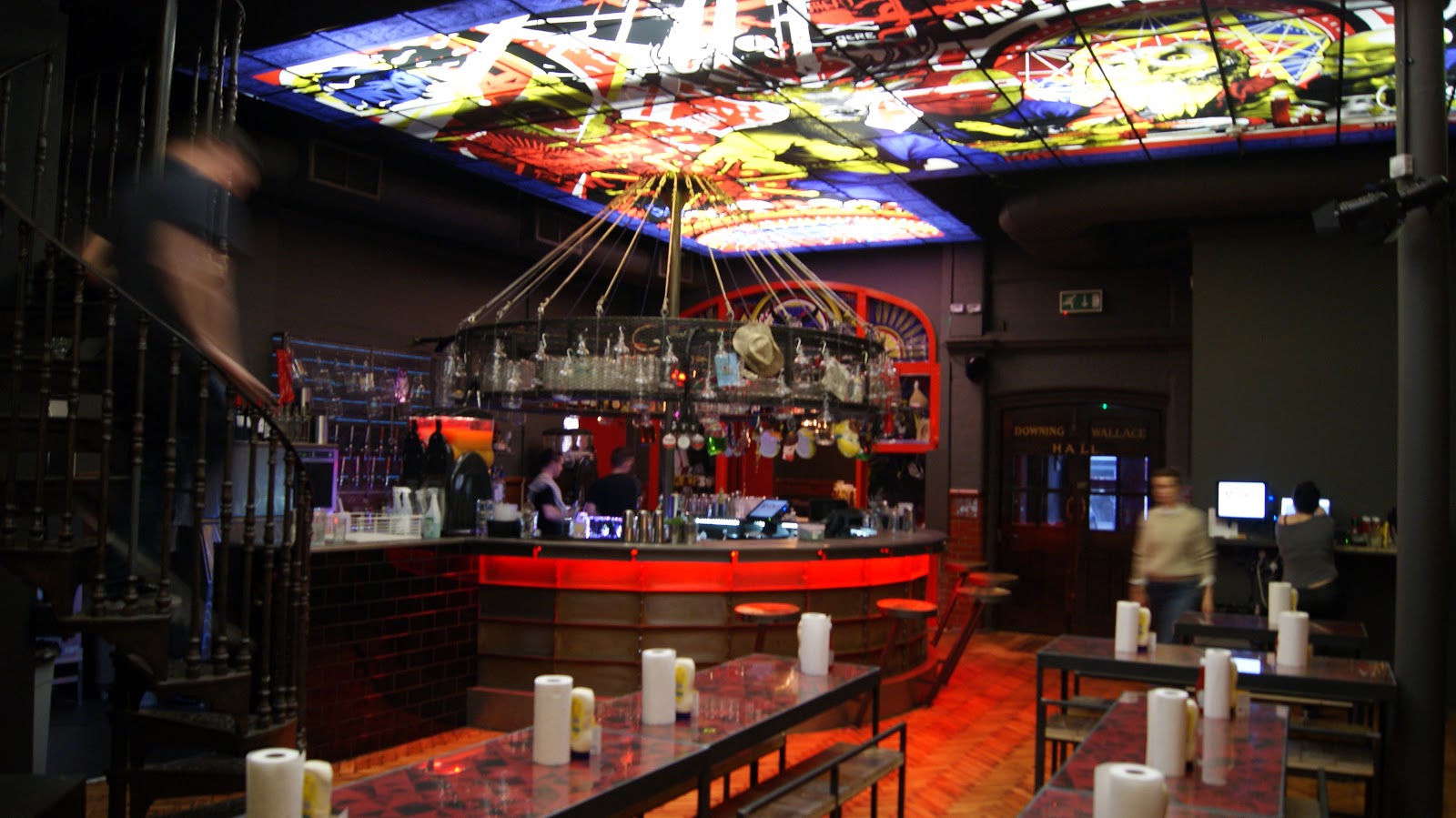 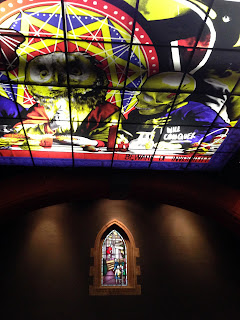 On to the food...I haven't yet been able to fault the burgers I've had from these guys; in fact they all feature in my 10/10 list. The menu has expanded! 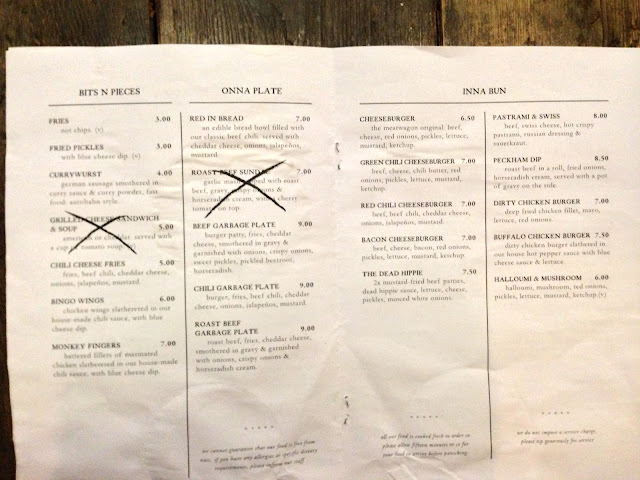 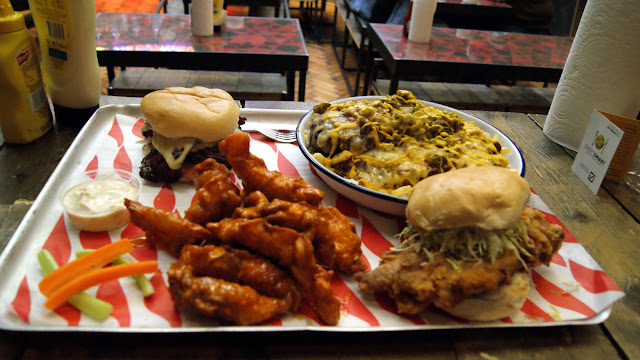 I have been here twice and burgers eaten include the Pastrami & Swiss, a Dirty Chicken and the Dead Hippie. I had actually forgotten how good the Dead Hippie burger was. I remember describing it when I had my first mouthful at MEATmarket as laughably good - and it still is. 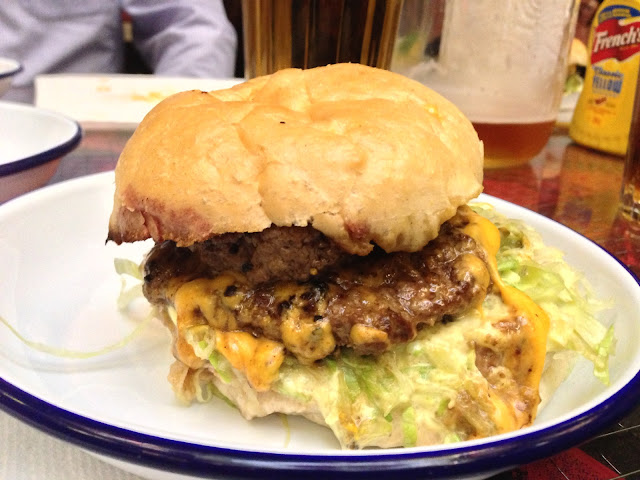 The pastrami on the pastrami & swiss burger was very crisp, maybe slightly too crisp and the chewy swiss cheese does give a different texture, but I much prefer the usual soft heavily melted cheese. 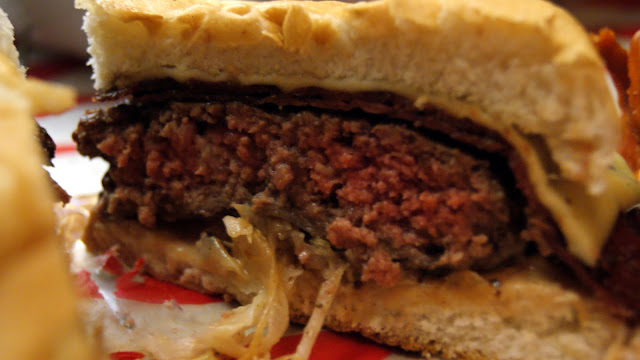 The garbage plates are huge! Me and Mrs Burger Addict failed to finish it to which the waitress comically said "if you have that you're basically f**ked" 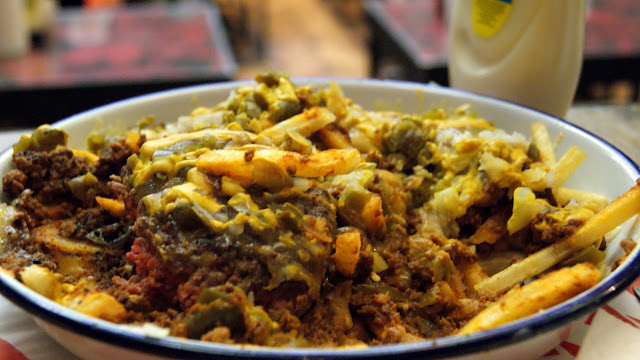 As anyone who follows me on twitter has seen, the undeniable star of the menu is the Monkey Fingers. Despite the name no primates nor fingers are used; made of chicken strips which are battered, smothered in the same sauce as the MEAT bingo wings however the bone is gone, so even easier to devour and hasn't resulted in the chicken becoming any less tender. Without the bone the crunch and softness of their batter is heightened - I could happily sit here and be fed these monkey fingers until I passed out. They are exclusively at MEATmission currently. 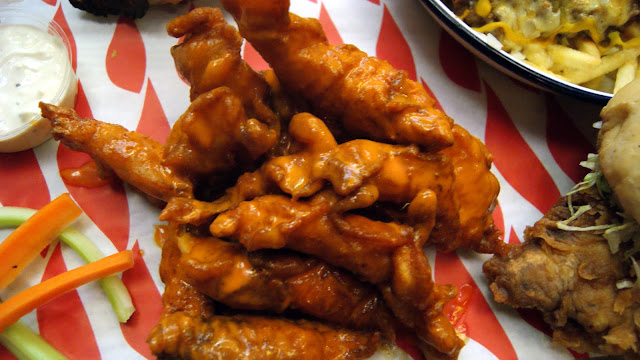 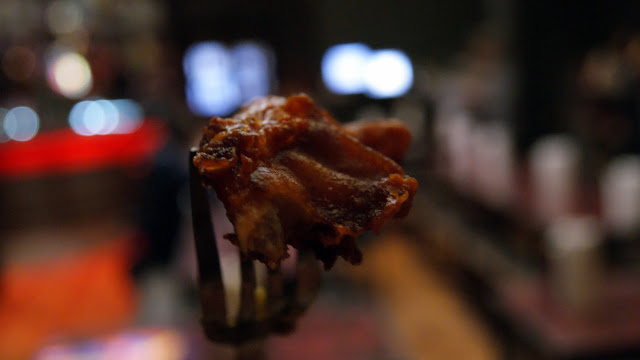 They also have beer on tap now which gives much better value for money then the cans did and can come in 2 and 4 pints to make life even easier. 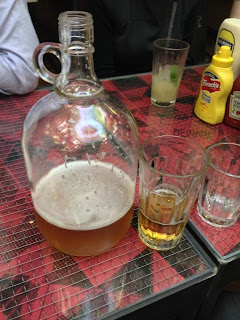 This is a polished restaurant which has somehow kept the street food and MEATliquor element so to see how far they have come since MEATliquor in 1 year is quite incredible. Where as before I would have been hesitant to recommend this to anyone over a certain age, that has now gone, especially with the sitting room area.

By far the easiest MEAT for me to get to from home and at work so I will have to restrain myself from coming here too much. I thought they had peaked with MEATliquor but they have smashed through that and now are home what is currently my favourite place to go for a burger. 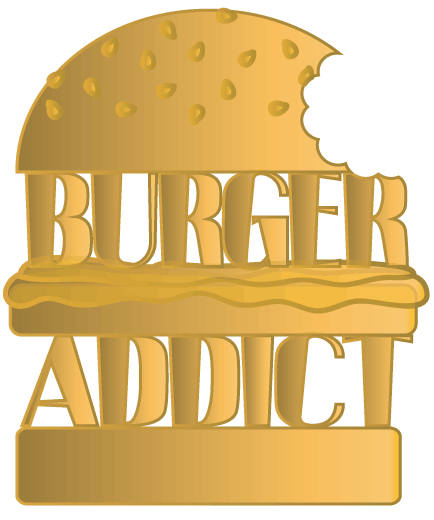