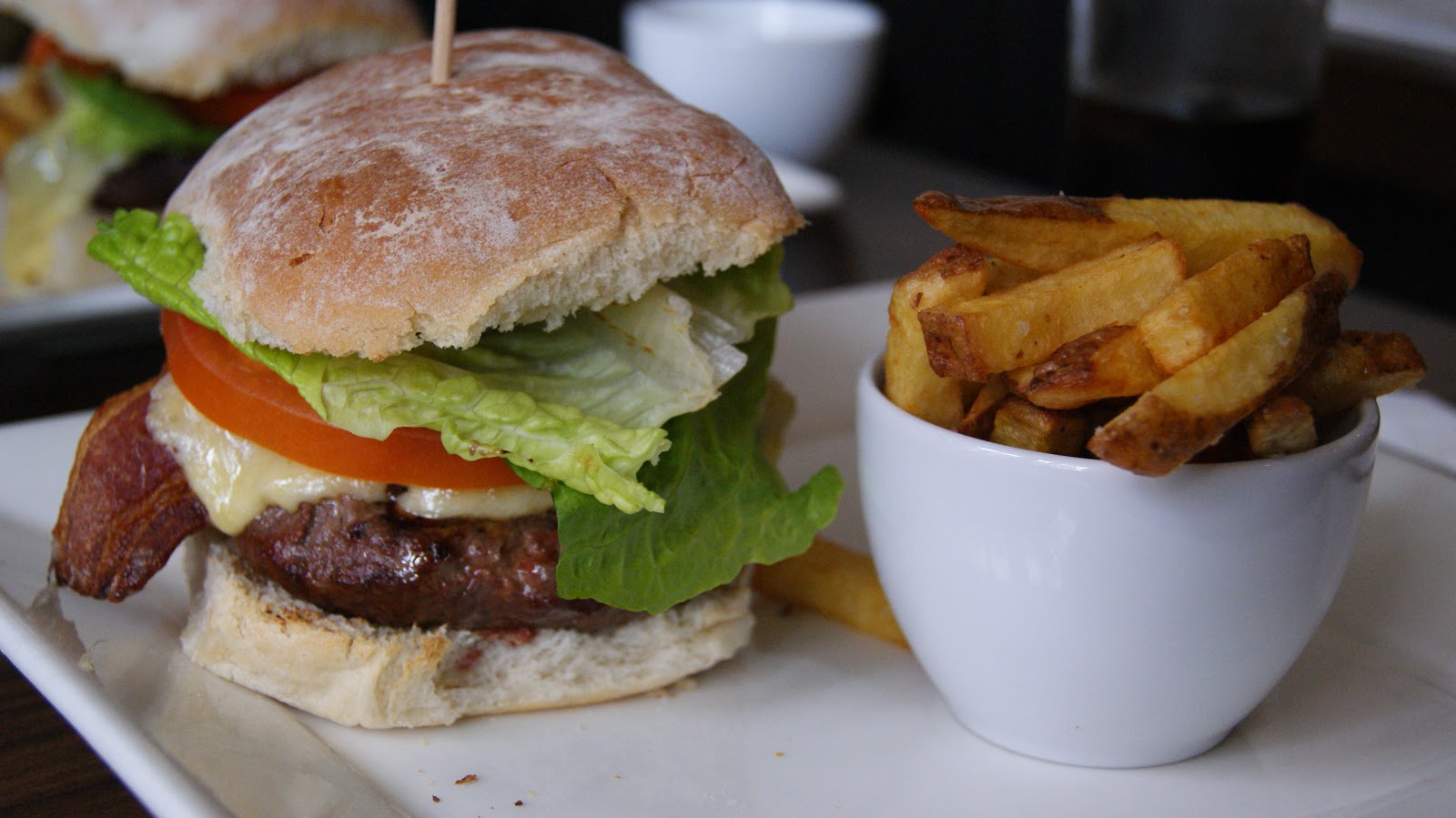 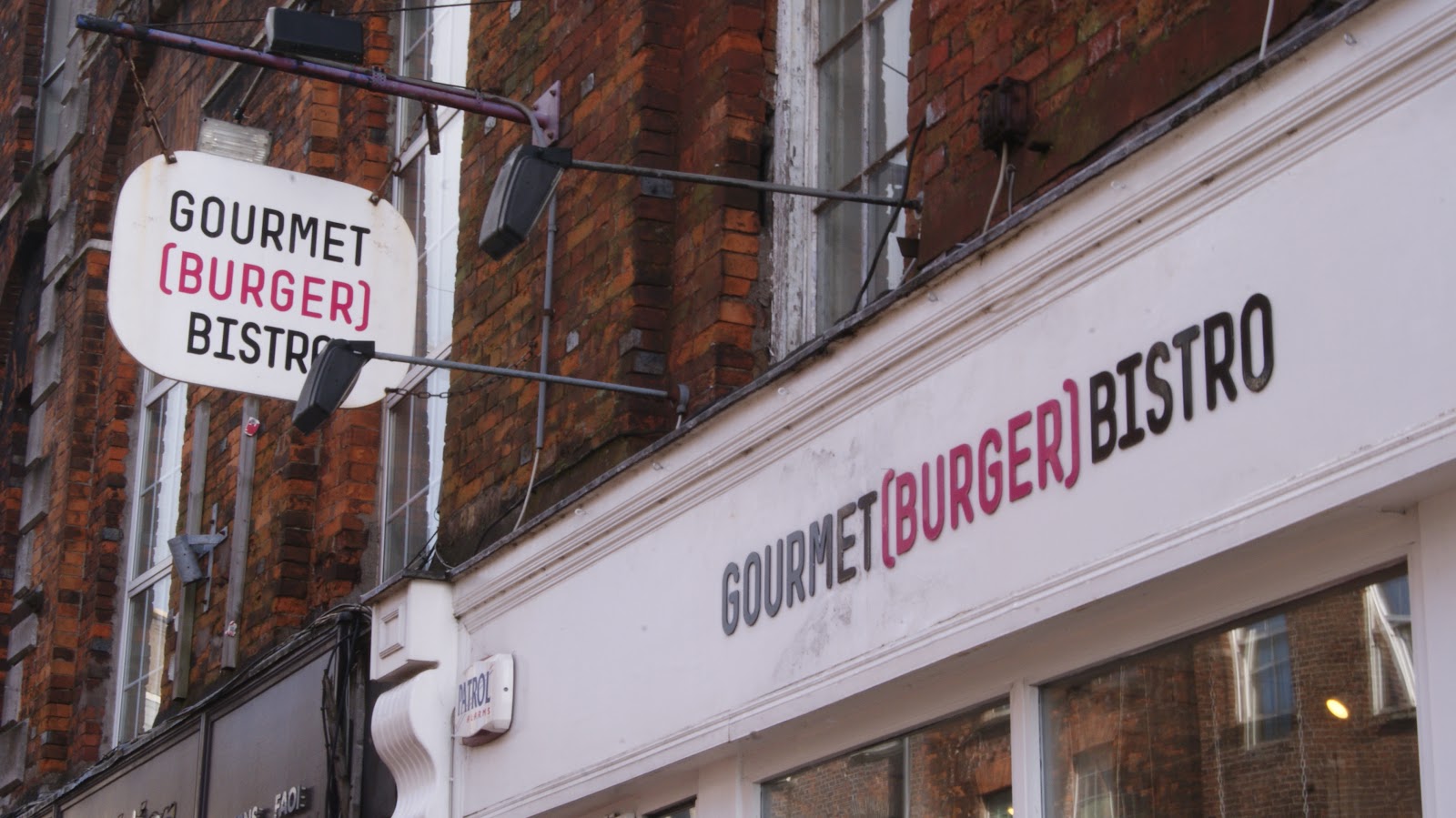 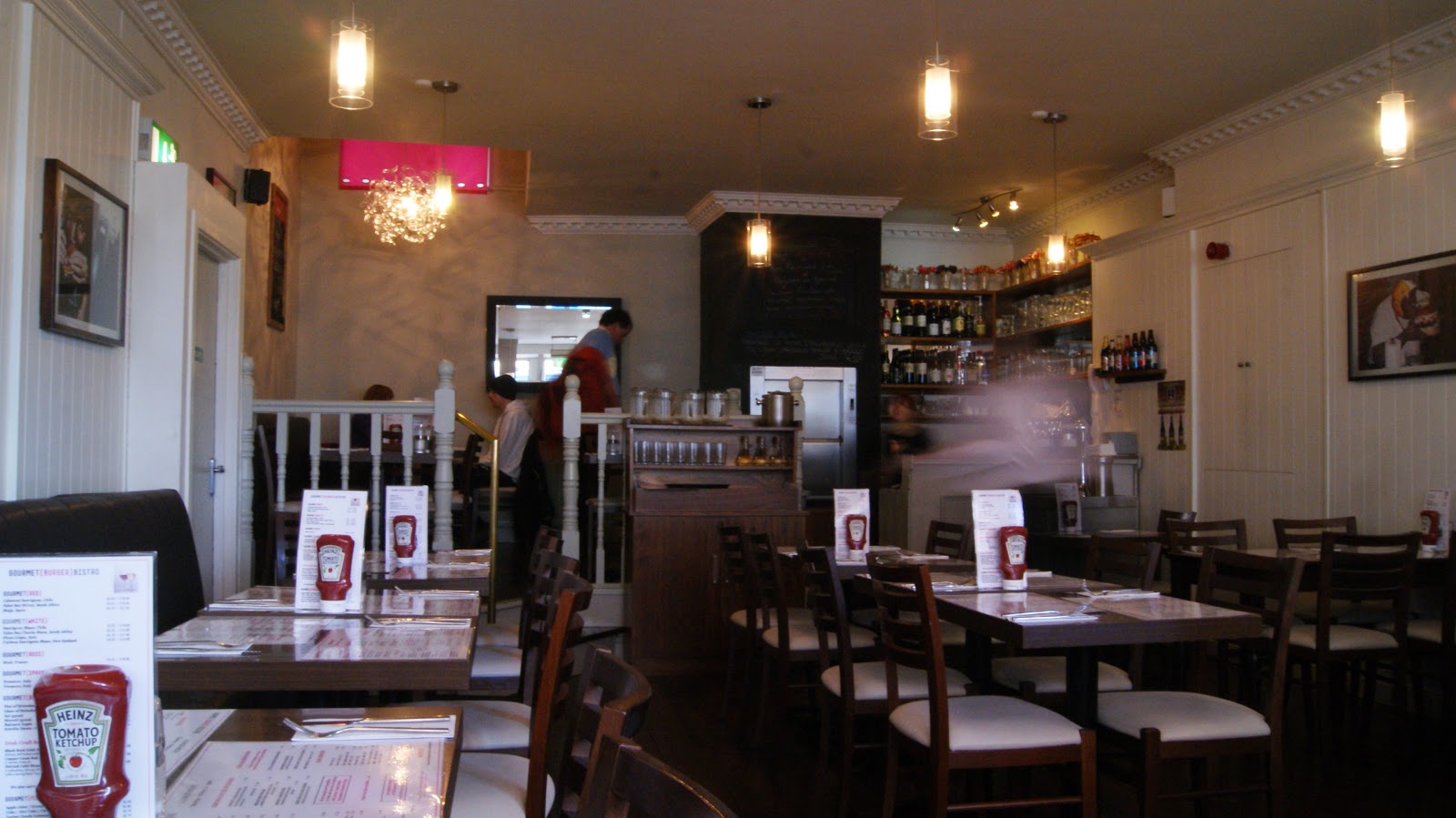 The burger boom experienced in London hasn't hit Ireland yet, maybe it never will, but with the country being one of the worst hit by the recession, and a burger being pound for pound one of the best eats (slightly bias) you can have, to me this is surprising.

My previous reviews from Ireland however were at the fast food chain Supermacs, and two hotels; The Maryborough and The Old Imperial, so should't be expected to match the specialist Honest Burgers, Patty & Bun,  et al. They weren't on any 'burger must eats' or even recommended by anyone. The fast food chain, well it's fast food, and the hotels didn't claim to have a great burger, this time however it was a specialist burger joint; Gourmet (burger) bistro.

In my experience seeing the word 'gourmet' around food screams average, and the obvious comparisons with the very average GBK are inevitable, (having said that, it has been years since I've visited GBK, maybe it's improved?) but what's in a name.

I went for the traditional burger starter - chicken wings(€5.50). No hot buffalo sauce to be seen here, they are instead served in a 'oriental style sauce'. The wings are of a good size; there is a huge chicken flavour in them and the sweet soy sauce was a welcomed change that worked well. 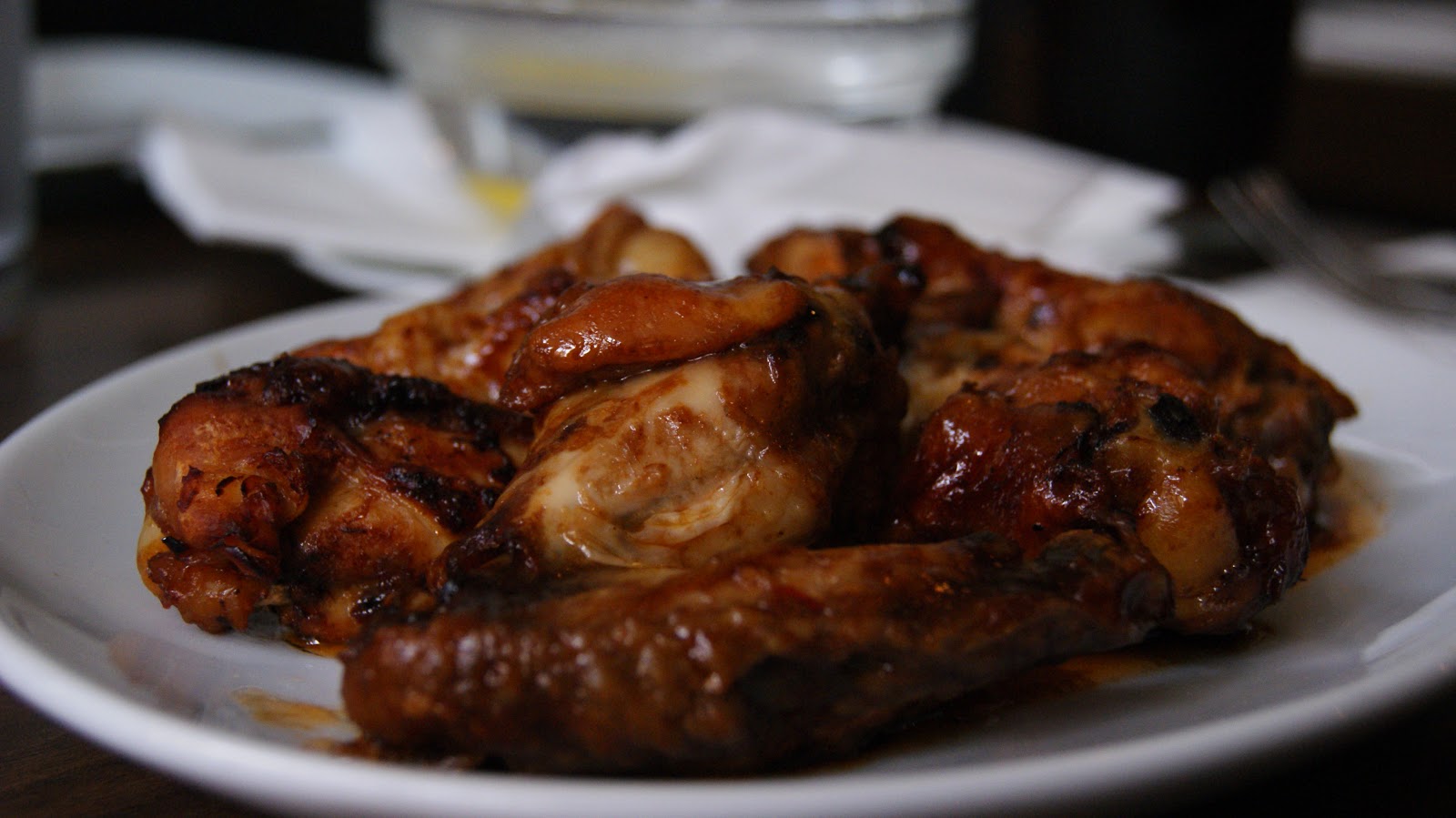 The burger arrives and my eyes are immediately drawn to the bun - a crusty ciabatta that I've yet to see work with a burger, and it doesn't this time either. The bun was really good quality and would have been perfect as table bread but the crisp texture and strong flavour, rather than complimenting the beef and toppings, became the dominant. This in part is down to the lack of any flavour in the rest of the burger. 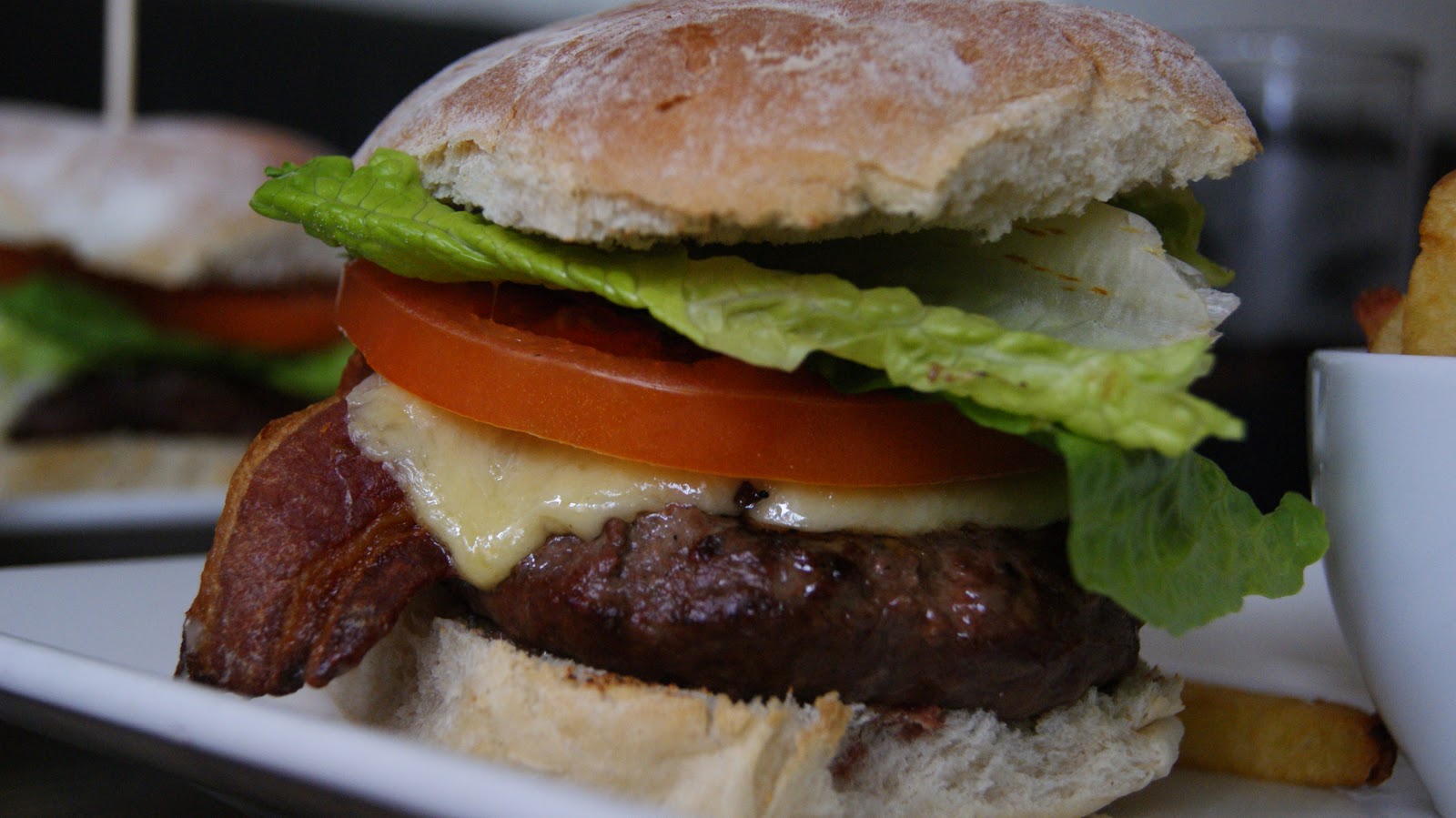 The patty didn't offer much - It was been cooked as requested but was slightly dry, and rather then the subtle sweetness that I have come to notice in Irish beef, gave very little in terms of any beefy flavour. The toppings of lettuce, tomato, pickled onions, bacon and cheese just like the patty rather then didn't add anything. The tomato just became nuisance in the burger making it difficult to get a firm grip and the lettuce was far too thick. Sadly the crispy bacon had gone past the crisp texture that couples up so well with a soft juicy patty into a burnt bit of meat that just like the rest gave nothing. 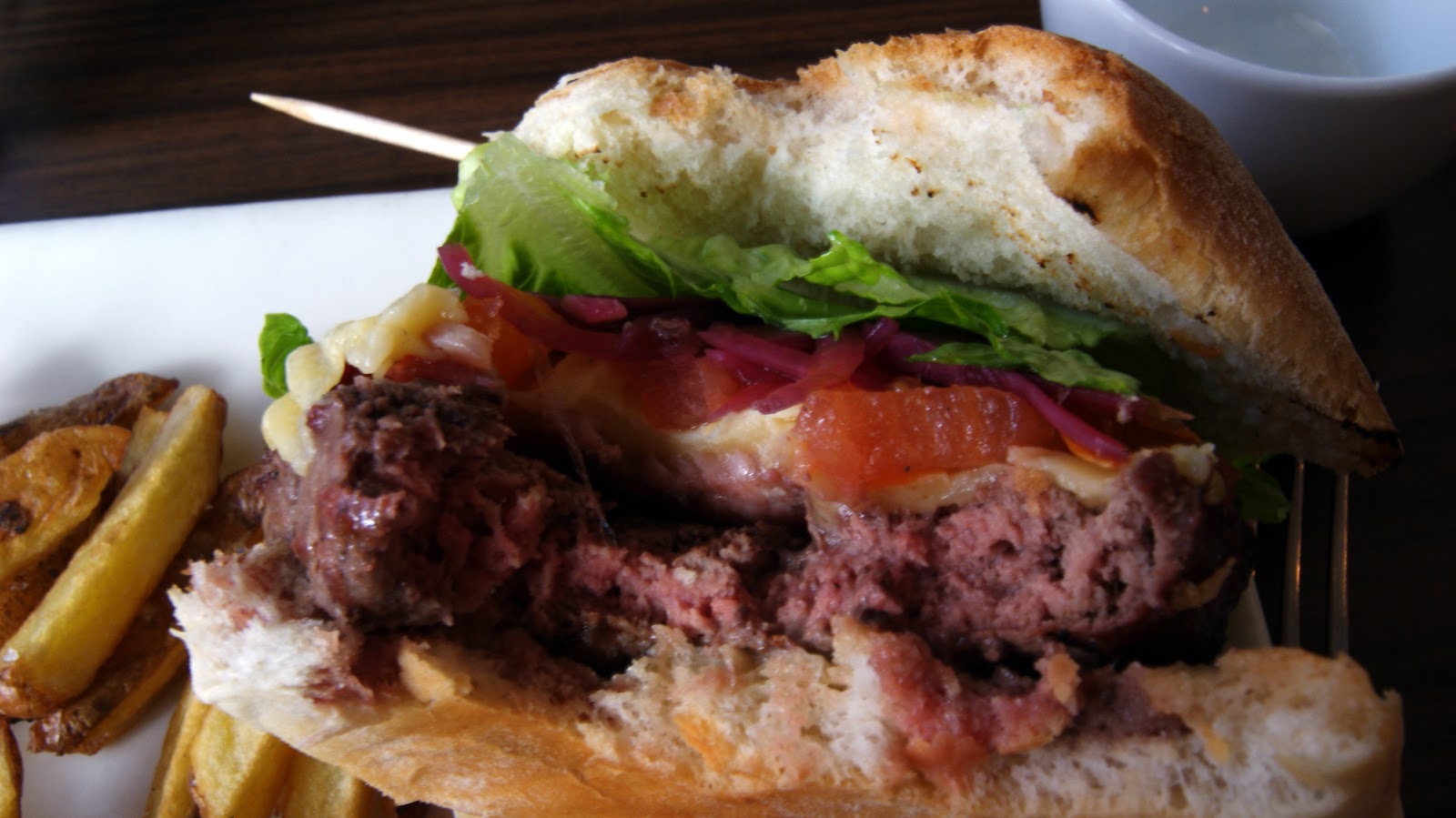 The bun can never make a bad burger a good one, but it very easily makes a good one a bad one - sadly this made an average one a poor one. Miles away from what we have in London and the only comparison really is that it's shut on Monday's.