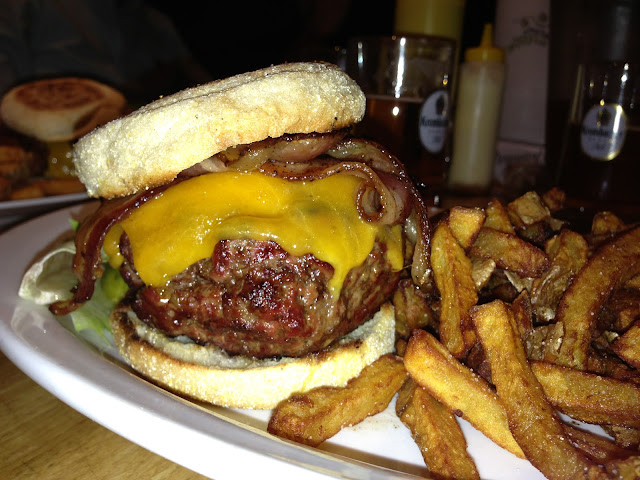 There appears to be an English muffin where a bun should be. 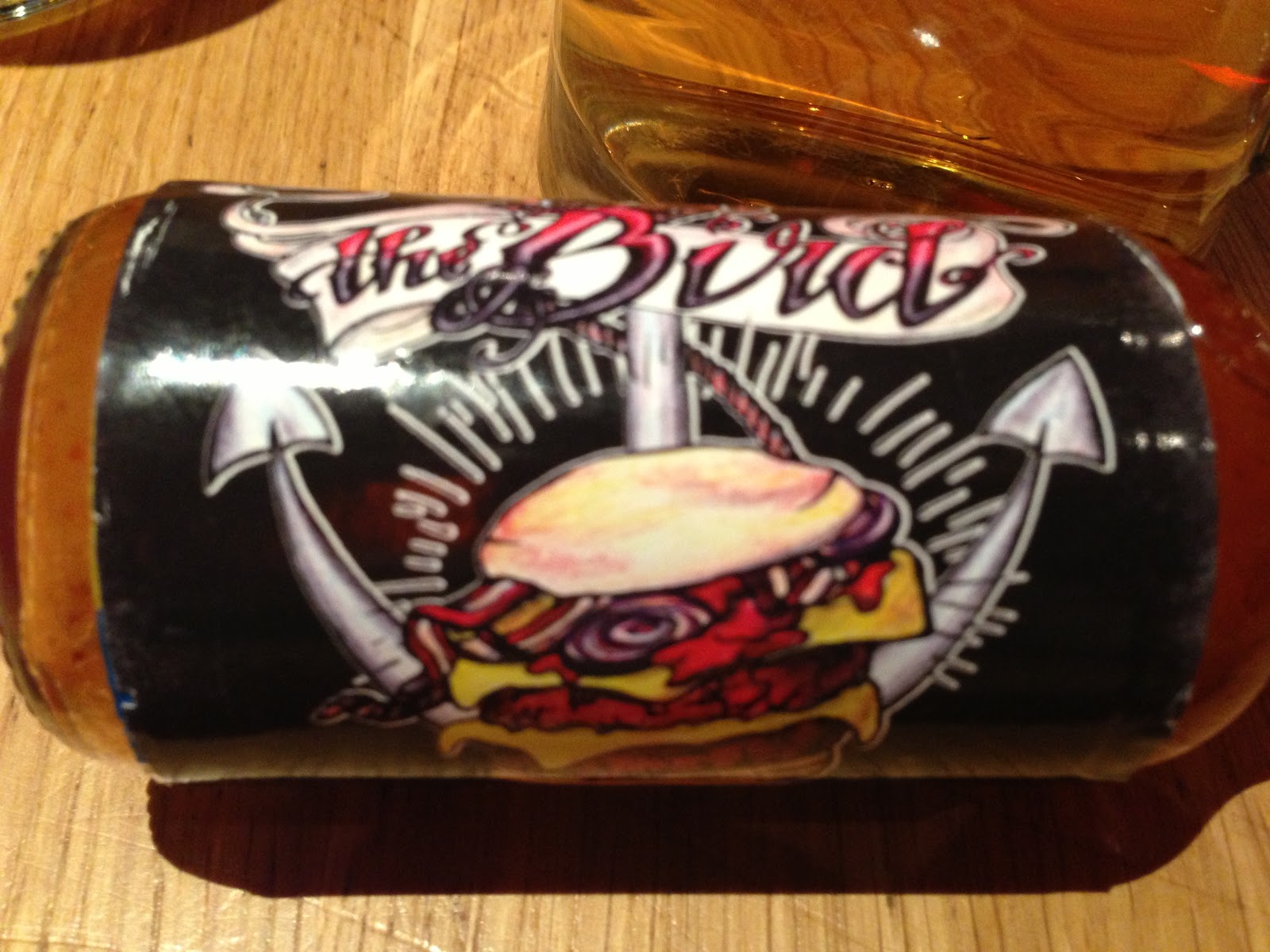 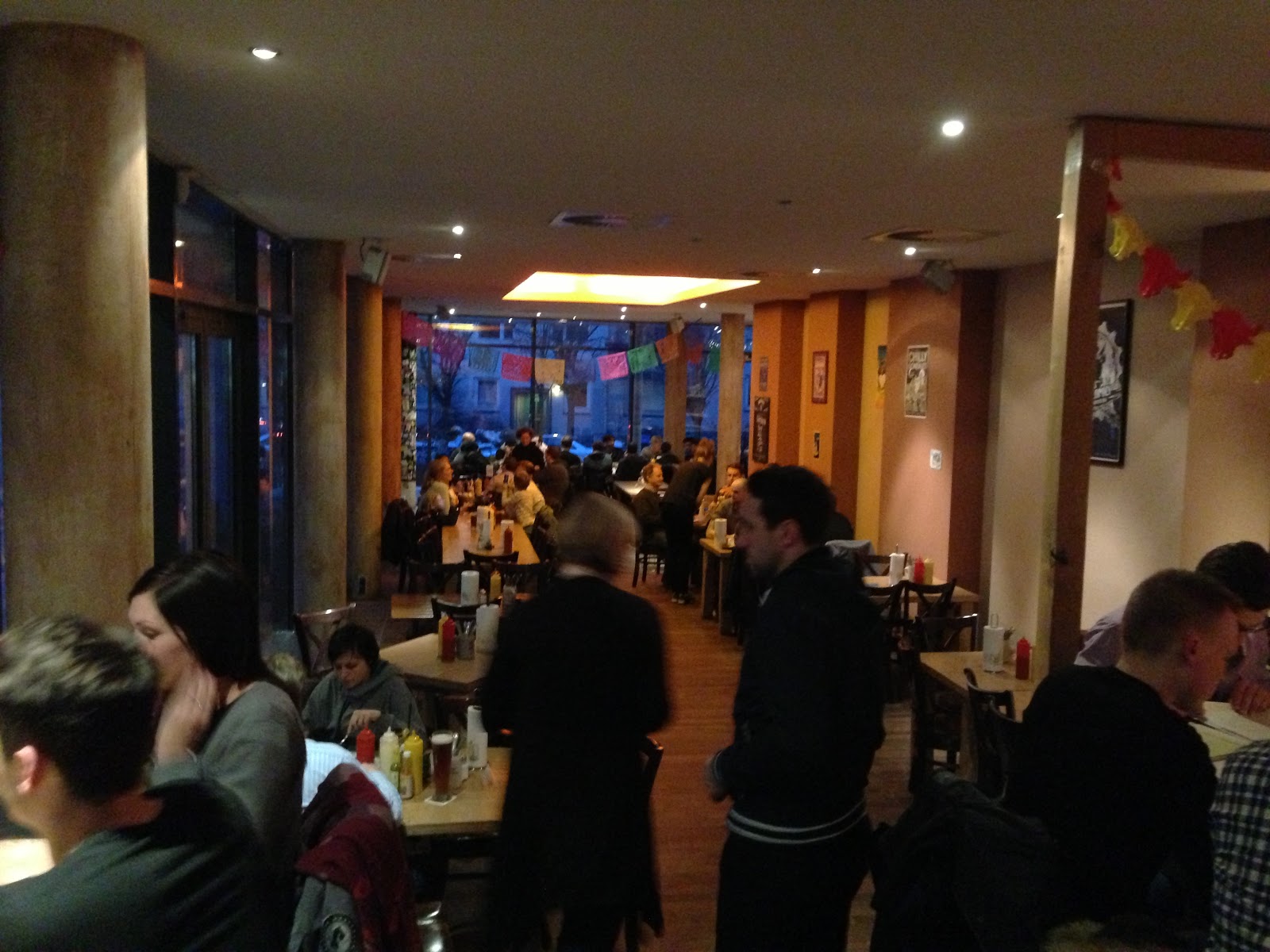 As romantic as it sounds, the hamburger was not created in Hamburg. The Hamburg steak was ground beef mixed with other ingredients such as breadcrumbs, egg, garlic and then flattened into patties and served on its own. It was no doubt influential, maybe even a predecessor of the hamburger, but it was America where this god like sandwich was created. Despite America being the birthplace of the burger there was no way I was going to visit Hamburg without seeing what their burger's like.

Where I was going to have this burger it turned out had already been decided. Without going too deep into a lifestyle blog I was on my secret stag do - I didn't know where I was going till I was on the plane, it had started a day earlier then expected and a visit to The Bird had been booked in  - They lay claim to having the best burger in town.

There was a substantial wait for food, almost an hour, which was fine for our group of 8, however far too long if alone or in a couple, still, a couple of pitchers down the food arrived. 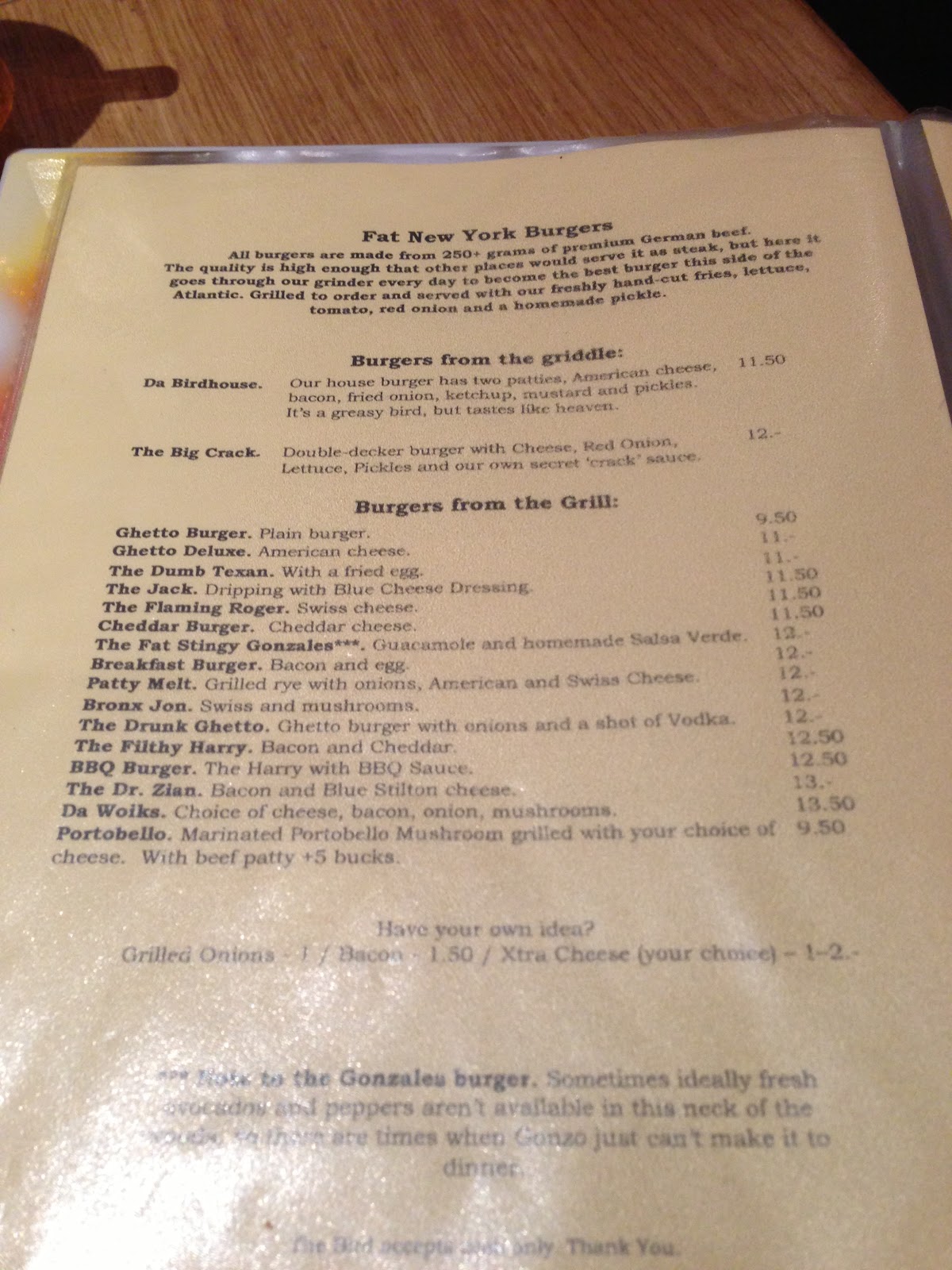 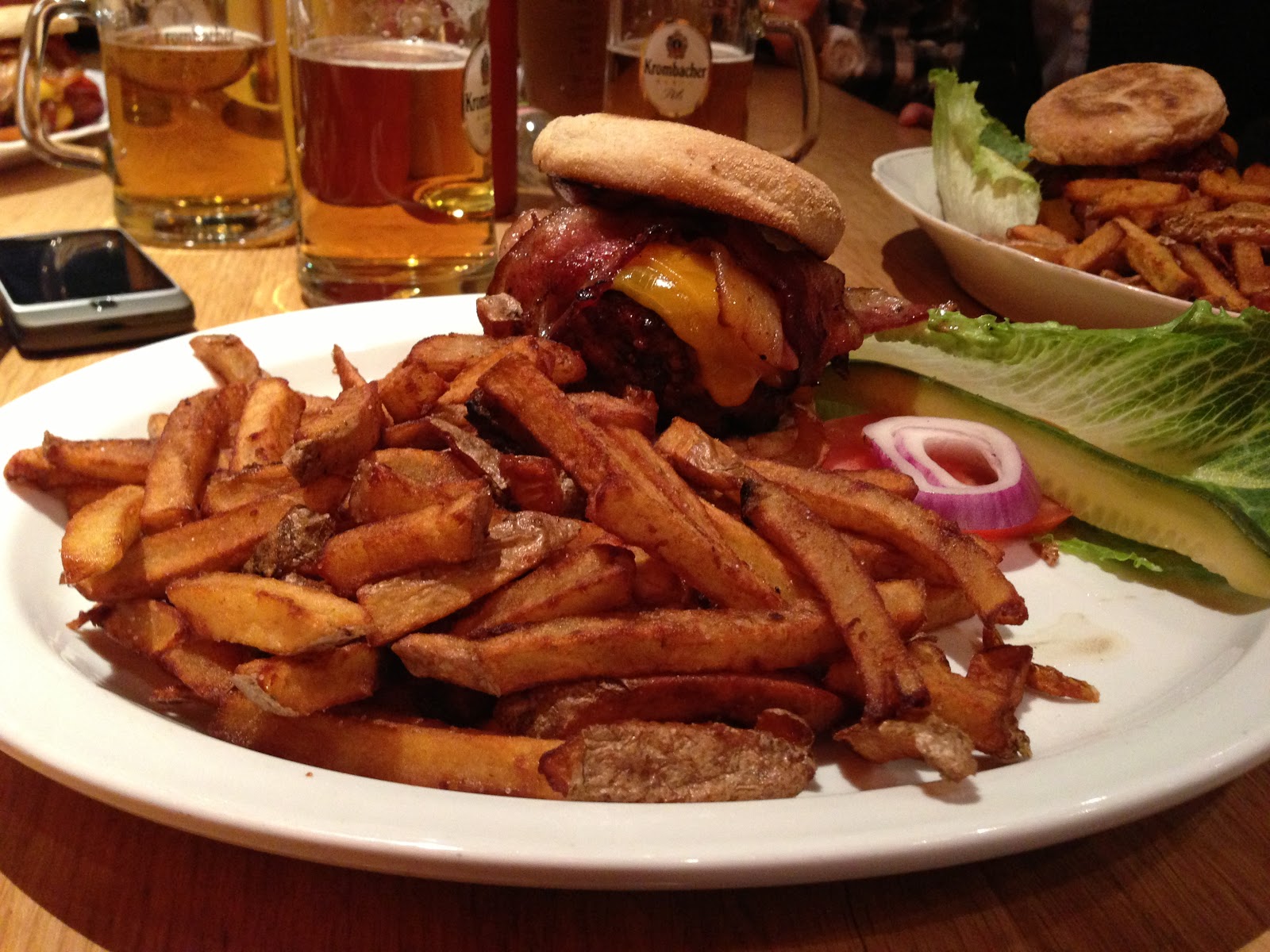 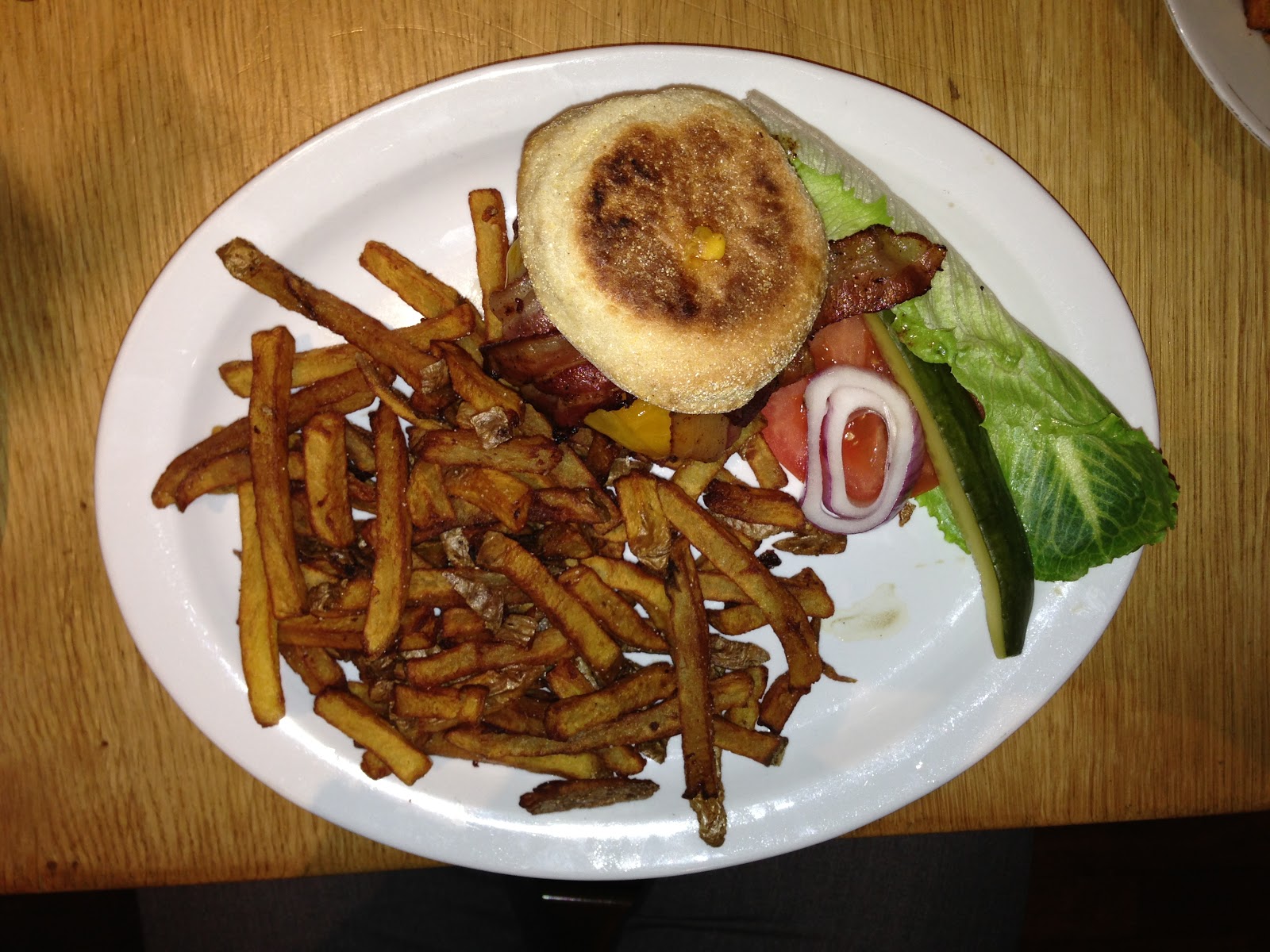 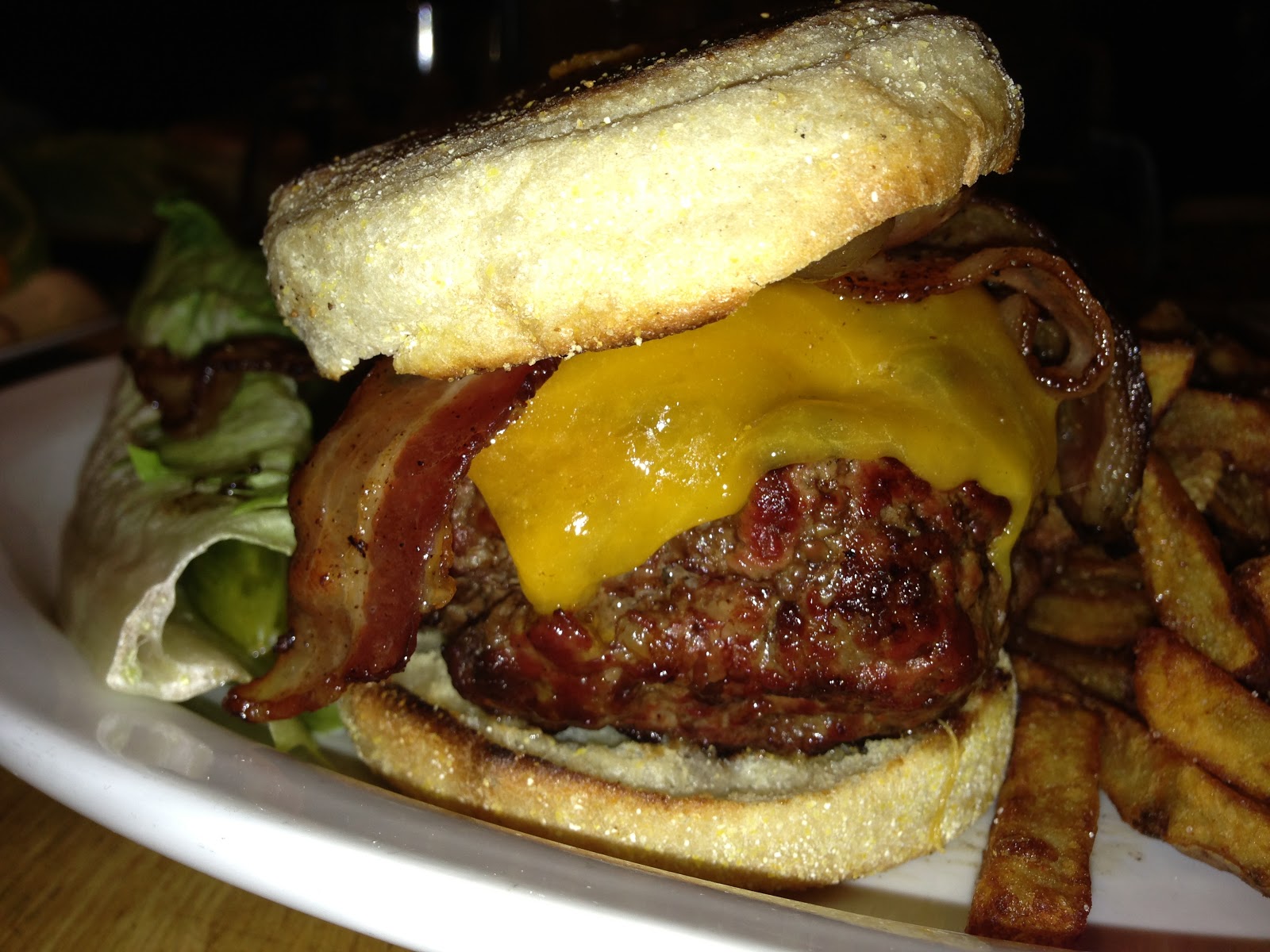 Sorry? There appears to be an English muffin where a bun should be.

Despite the fears with the bun the rest looked ok, only the shape of the patty caused concern - It hadn't been flattened too much and had quite height to it, however it was soft enough to squish down. That and the thin 'bun' made the mouthful size comfortable. It had been cooked medium rare and was good quality beef, however the patty was quite dry and became too chewy. Obviously the English muffin bun didn't work, it was never going to.

Salad free the only toppings were bacon and cheese. The streaky bacon had been excellently cooked and gave a strong flavour and the texture had a right amount of crisp to chew ratio. I don't think the cheddar cheese had been steamed onto the burger and it should have been. It was very thick and hardly melted which rather then being as one with the patty became slightly separated and chewy. 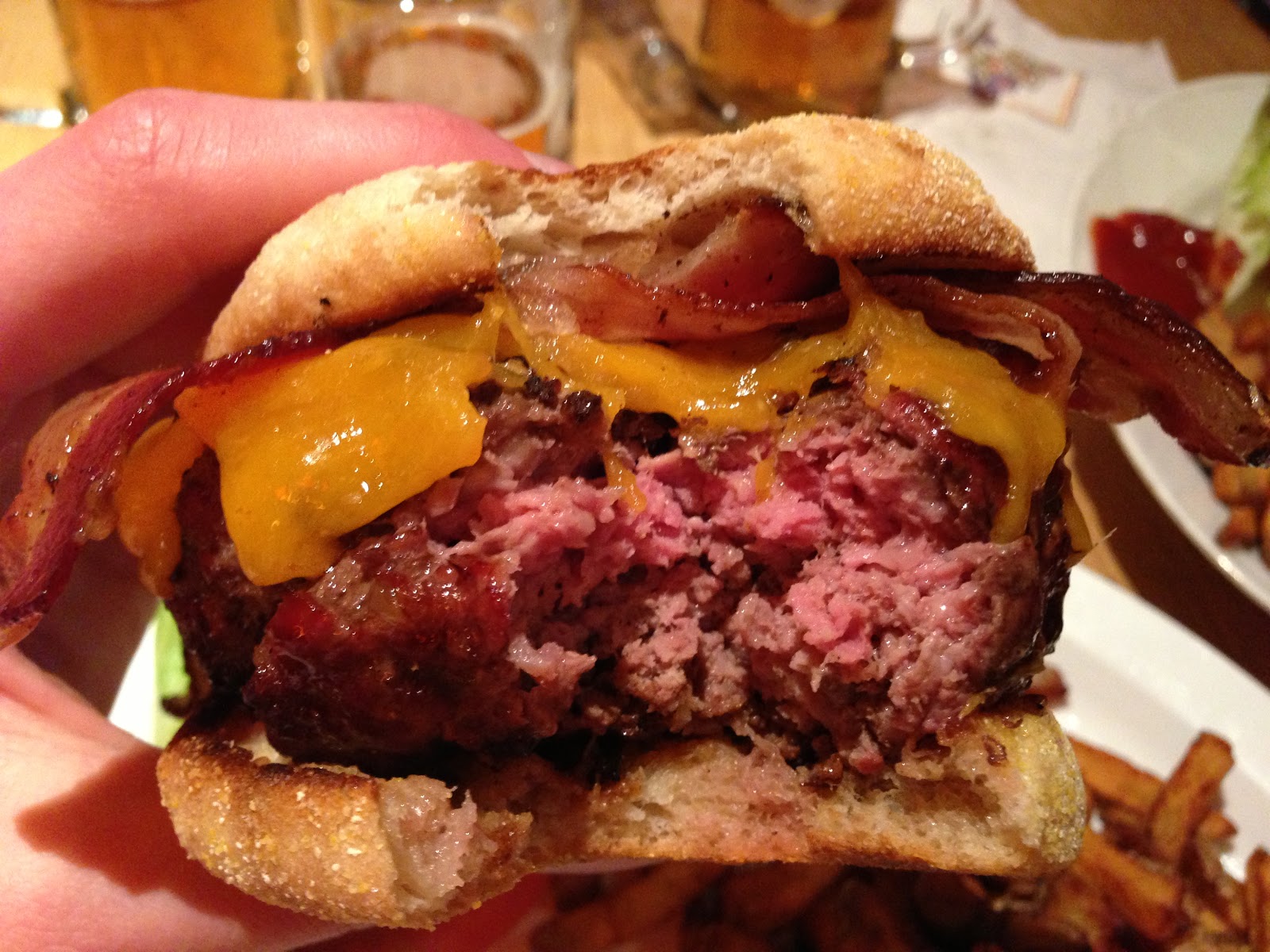 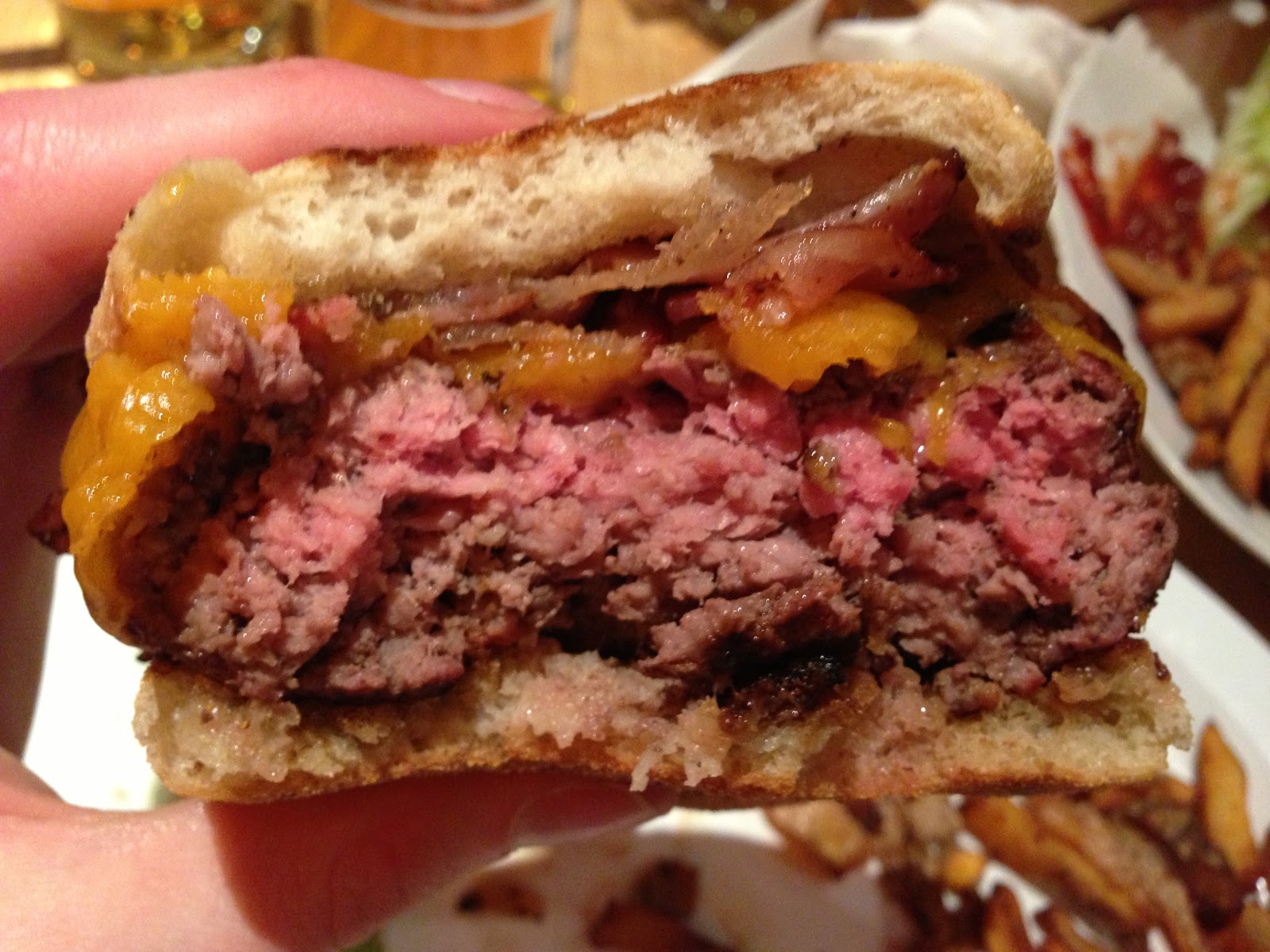 The fries were very good. The only criticisms would be that they weren't hot out of the fryer and were a tiny bit cold. Another few seconds in the fryer also would have given the slightly extra crisp that was needed but the flavour was top draw.

An enjoyable burger in parts (the taste was definitely enhanced by the hours wait drinking) a considerable step up from the Space Burger I had in Dusseldorf, Germany  late last year, but the lack of a proper bun and the dry patty leaves this in London's finest shadows.

Is this the best burger in Hamburg or did I miss somewhere? 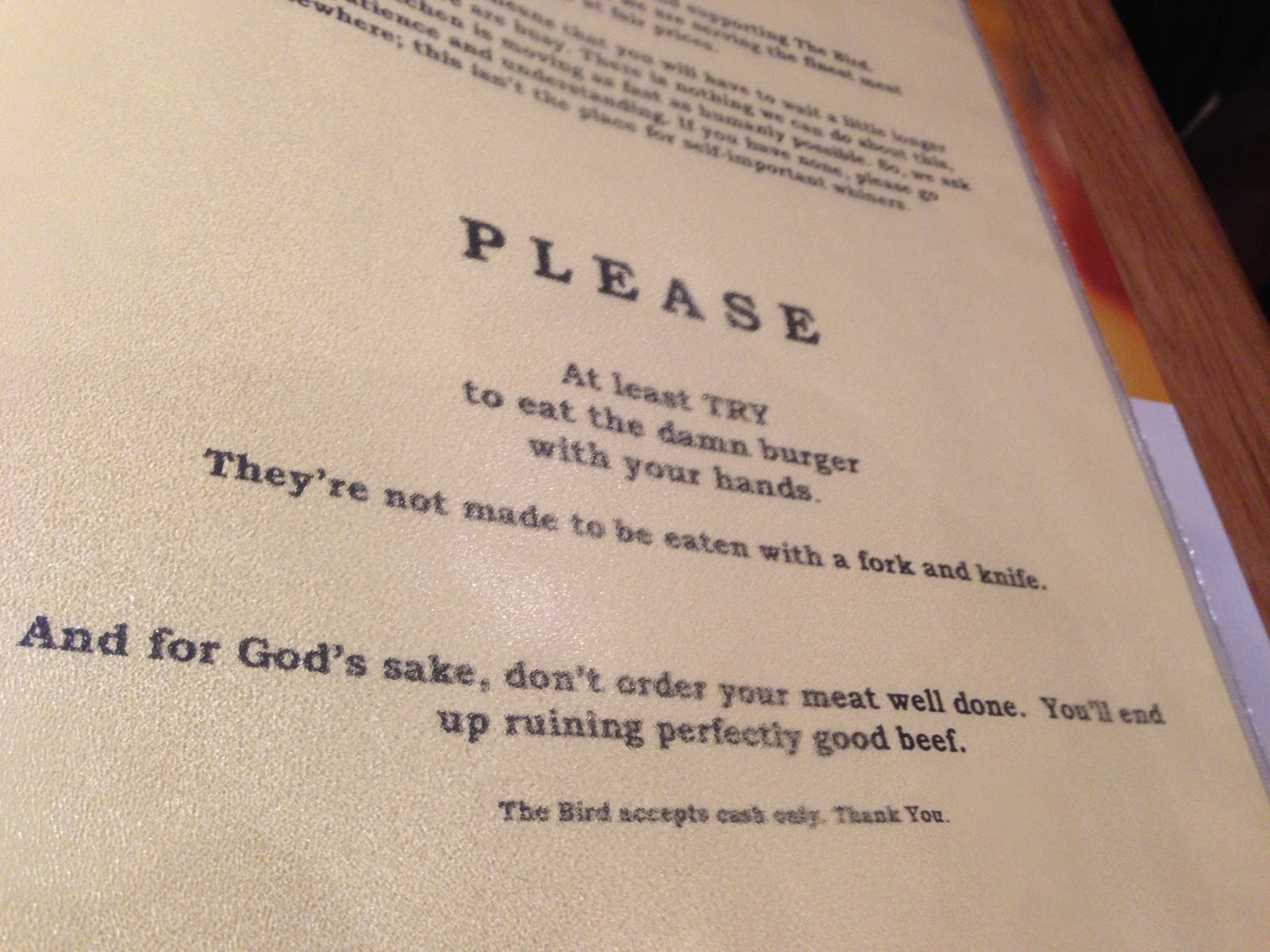 Email ThisBlogThis!Share to TwitterShare to FacebookShare to Pinterest
Labels: Germany, Hamburg, The Bird