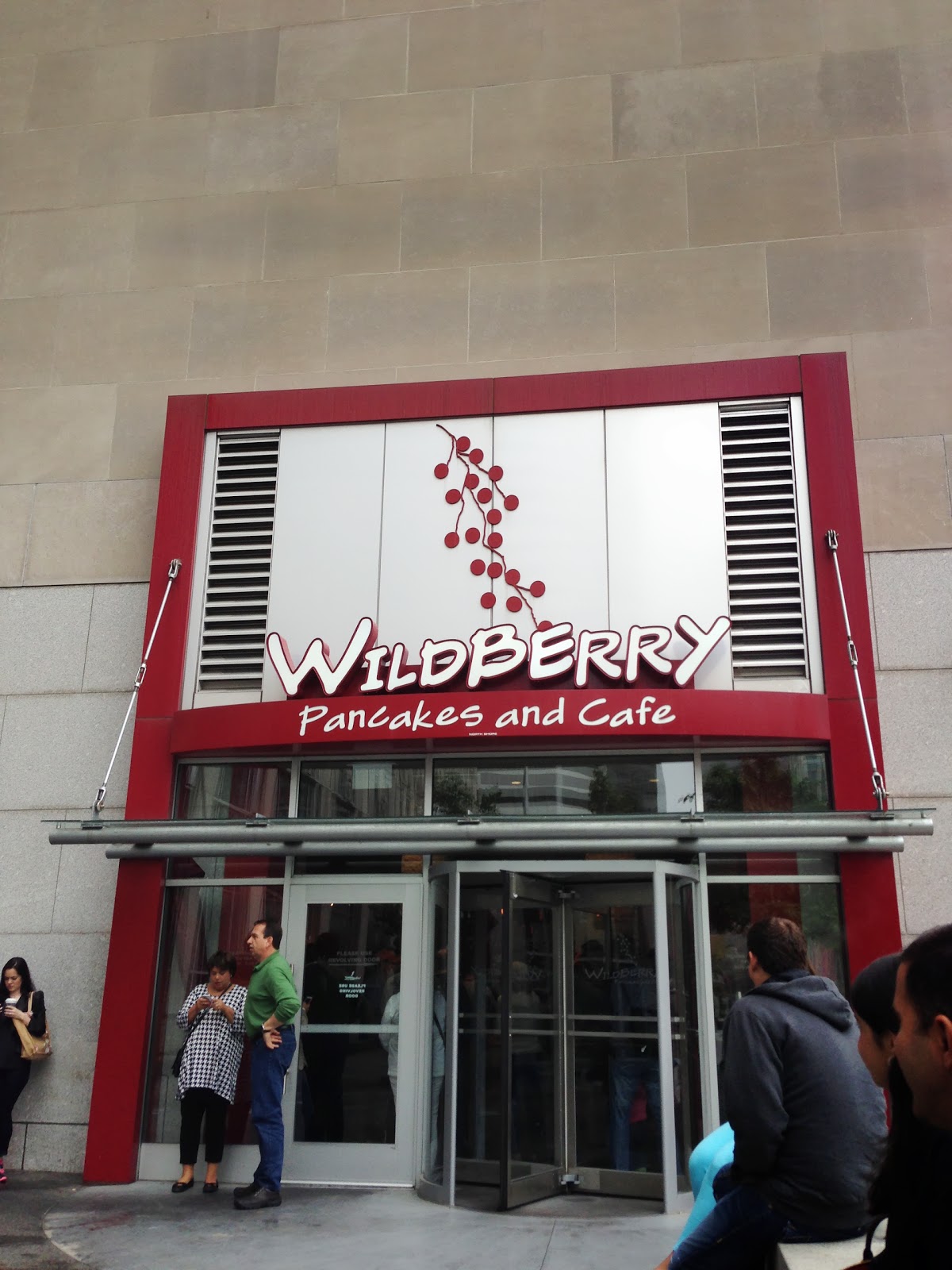 With nowhere planned for breakfast I turned to Urbanspoon to see what was highly rated in our area and Wildberry had some very impressive reviews. I had planned on getting a traditional american breakfast, but with a burger available and it only being day 2, would've been rude to not see what it was like. Maybe this is the traditional breakfast anyway? 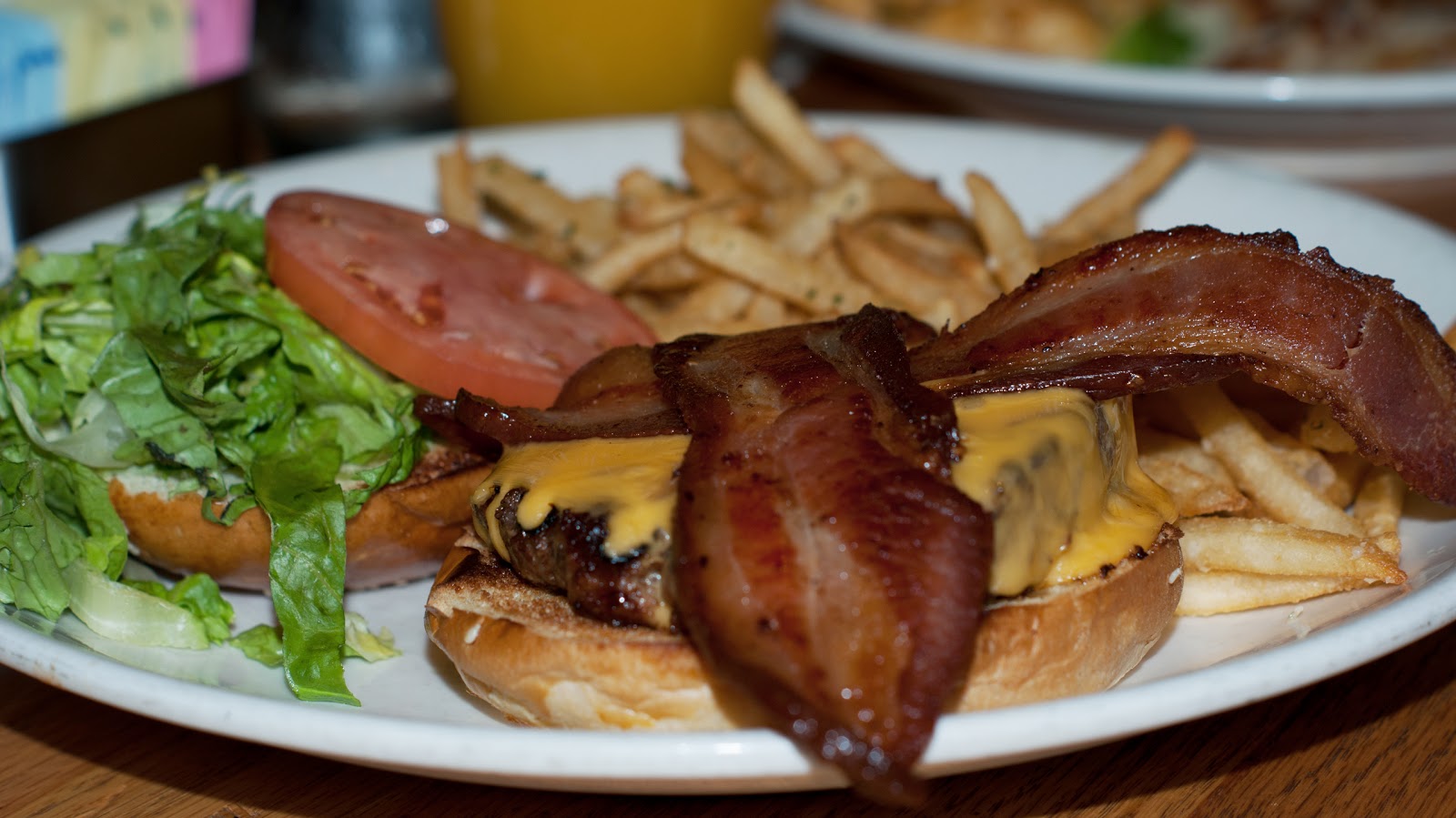 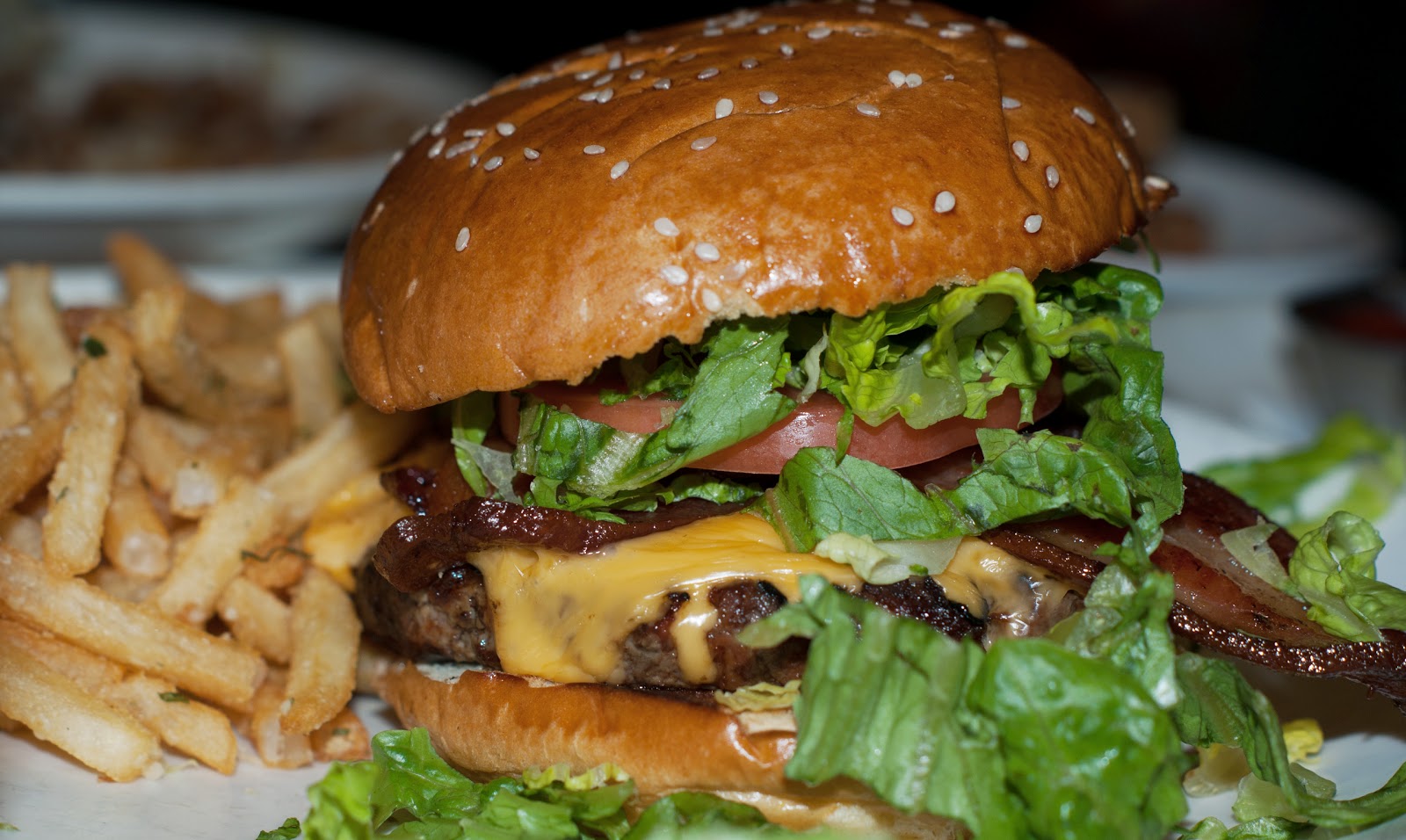 The bun is a faithless brioche that feels fresh to touch and taste, giving bounce and strength to the burger throughout, unfortunately the patty was unevenly cooked. When cooked medium rare as requested there was a good texture and beefy flavour that you come to expect from a specialist burger joint, however when it went over this it gave nothing. The bacon was on the money, thick, crisp yet chewy and a delightful smoked flavour. The lettuce takes a lot of bun space in the photo, but it was shredded and didn't cause any issues. The tomato was a bit wet, which actually helped where the patty had been over cooked. 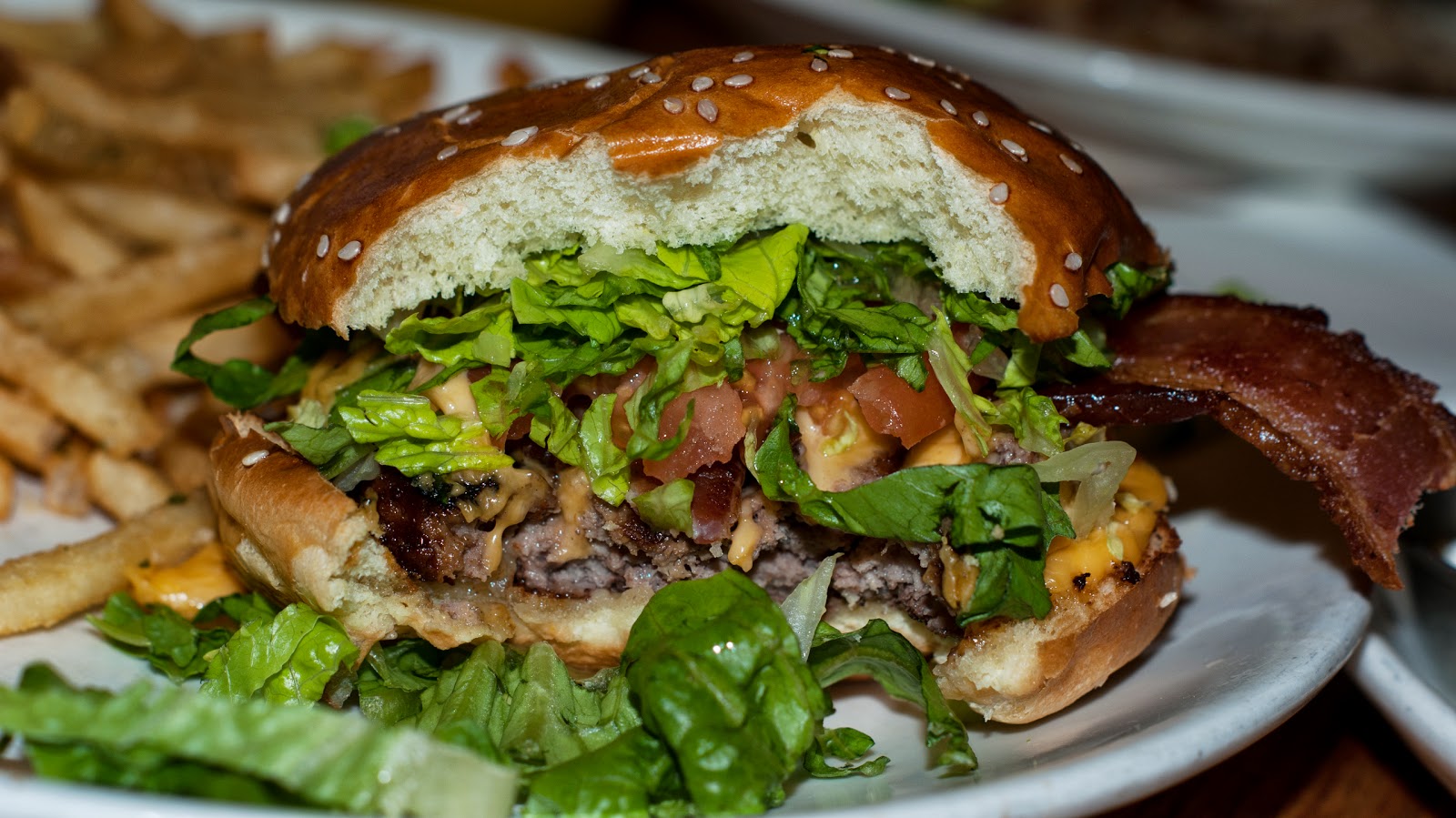 The fries were great, crisp, soft and lightly covered with minced garlic. 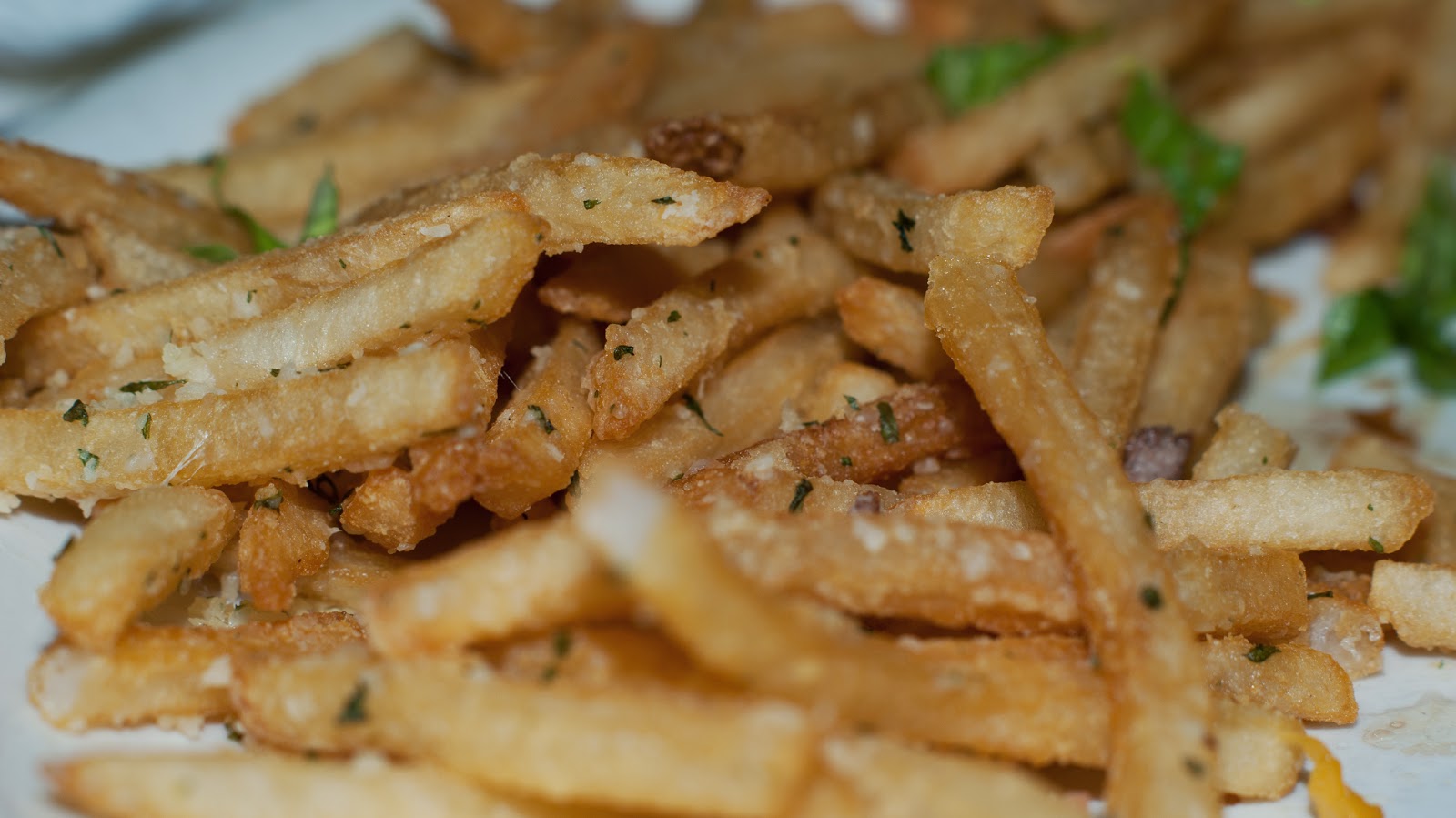 Bearing in mind this isn't a burger joint, no complaints really with what they produced. An enjoyable start to the day, just a minor cooking fault stops it from scoring any higher. 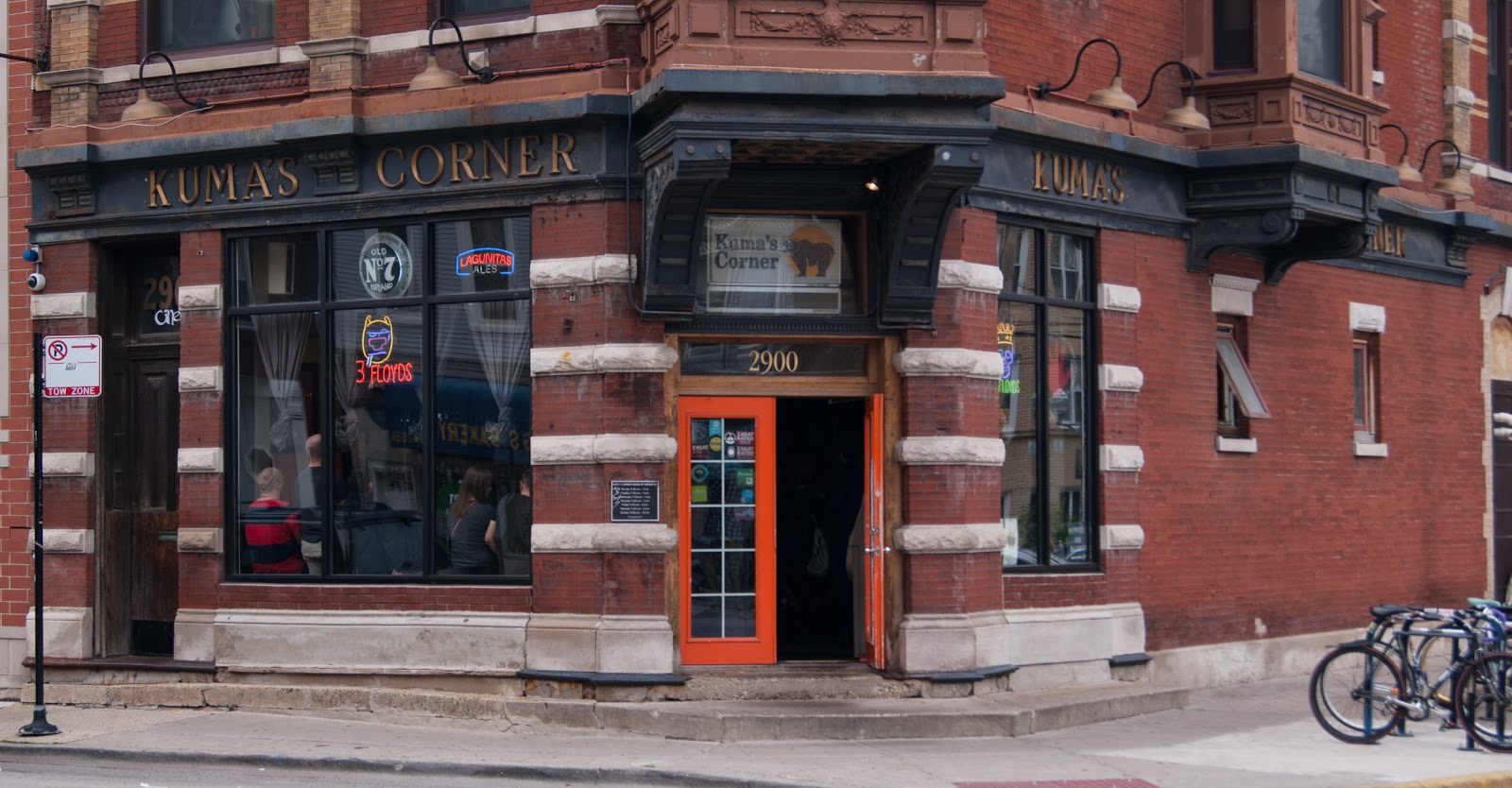 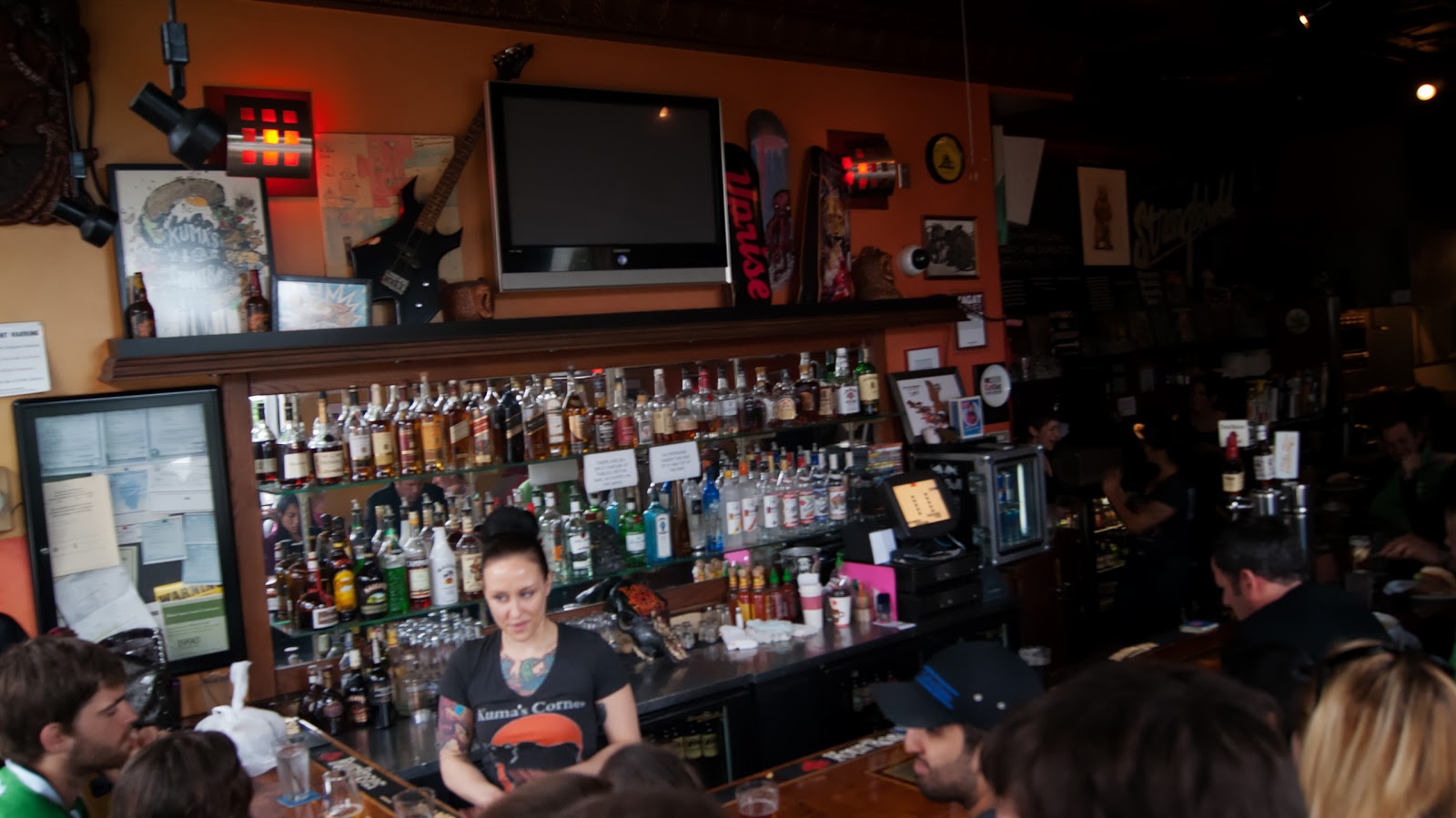 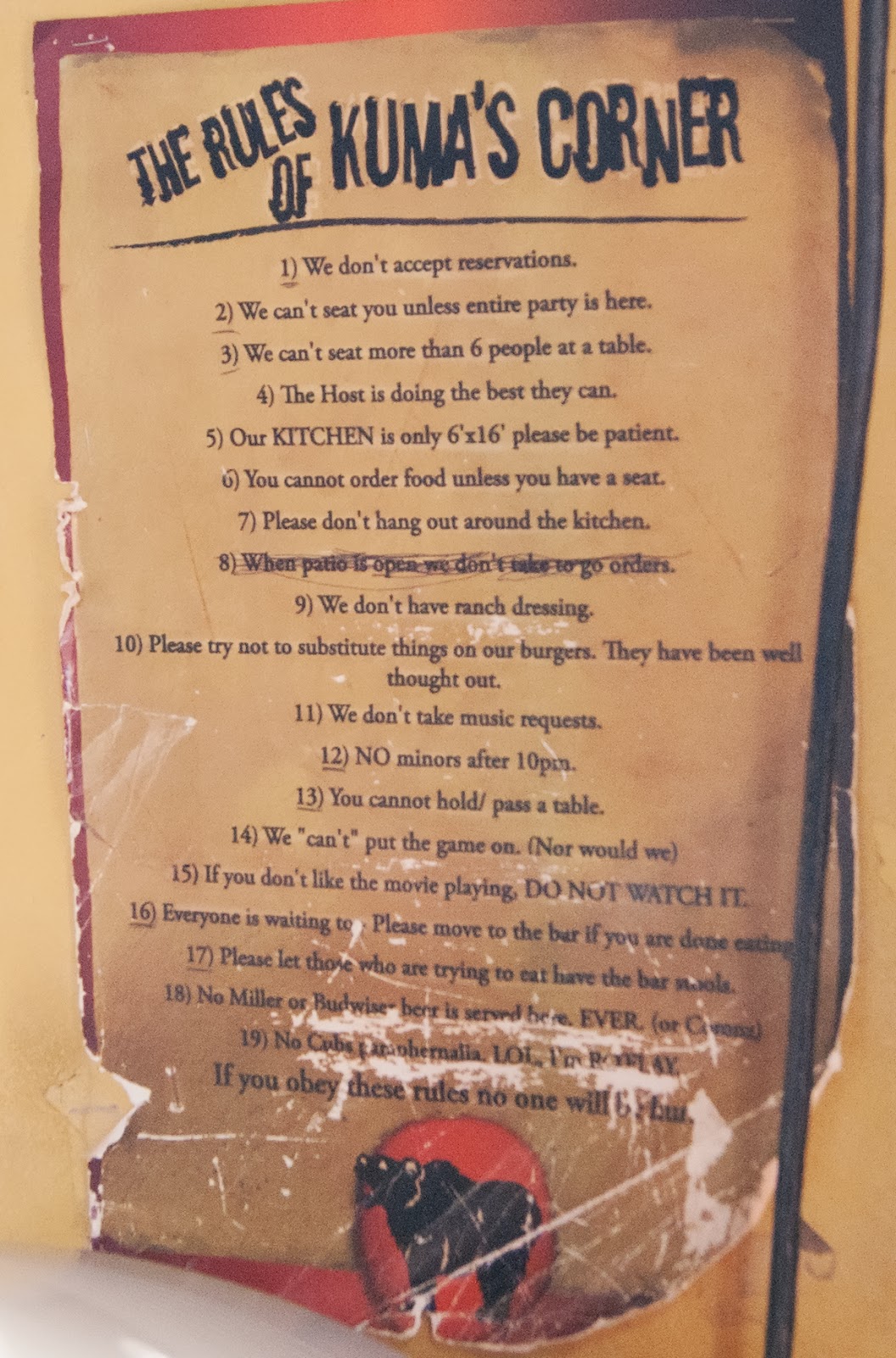 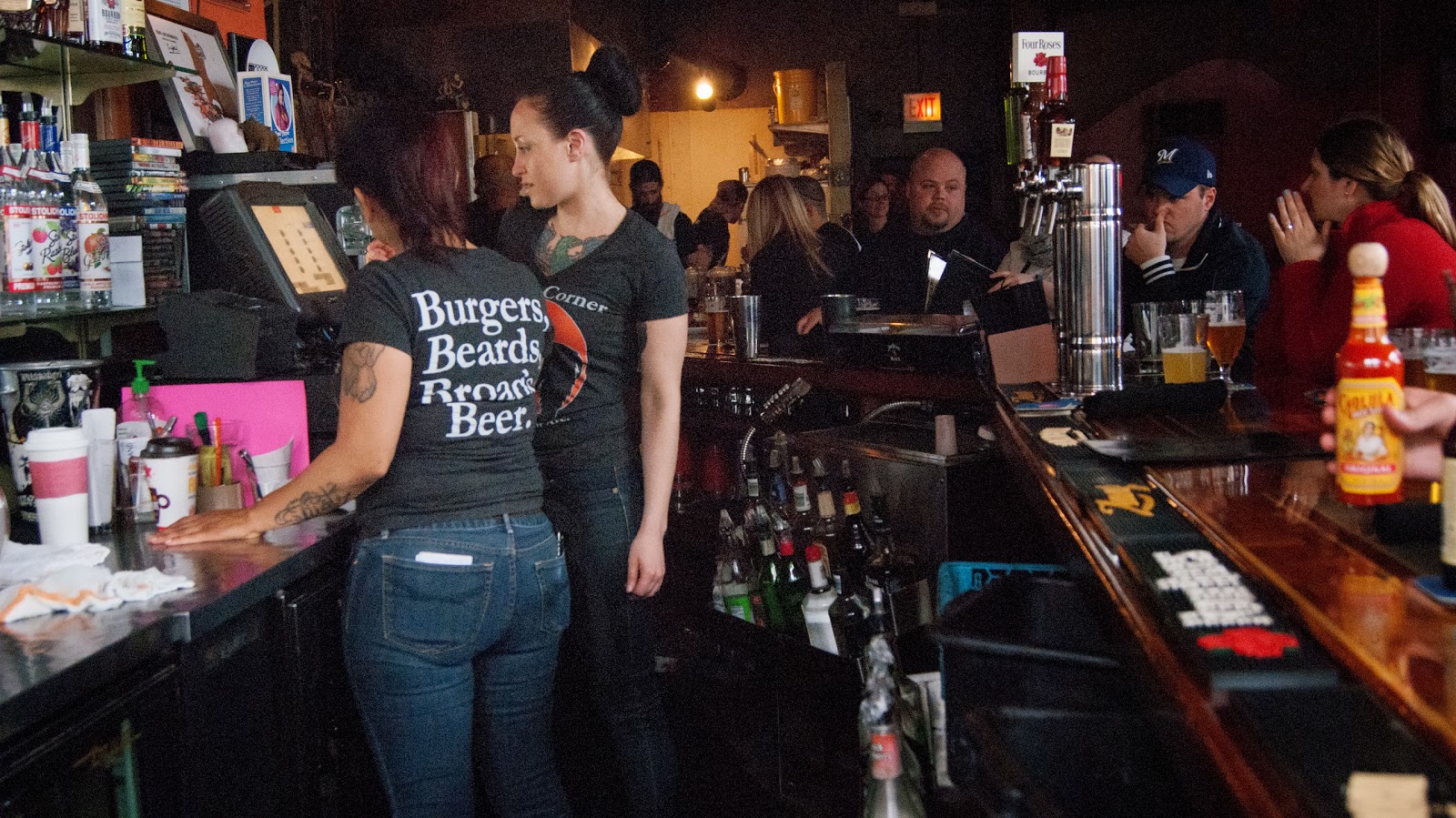 Out of all the burgers I'd planned to eat this month, this was unquestionably regarded 'the best' by the experts here in America and I was excited, very excited. They have quite a menu but I'd picked mine months in advance, The Led Zeppelin burger. Being a fan as well made it extra special.

No doubt some creations here that you've never seen or heard of before, included a poached pear on a burger!?

Advised of just over an hour wait for a table, luckily we nabbed a bar seat after around ten minutes. The metal music here is playing, loud. 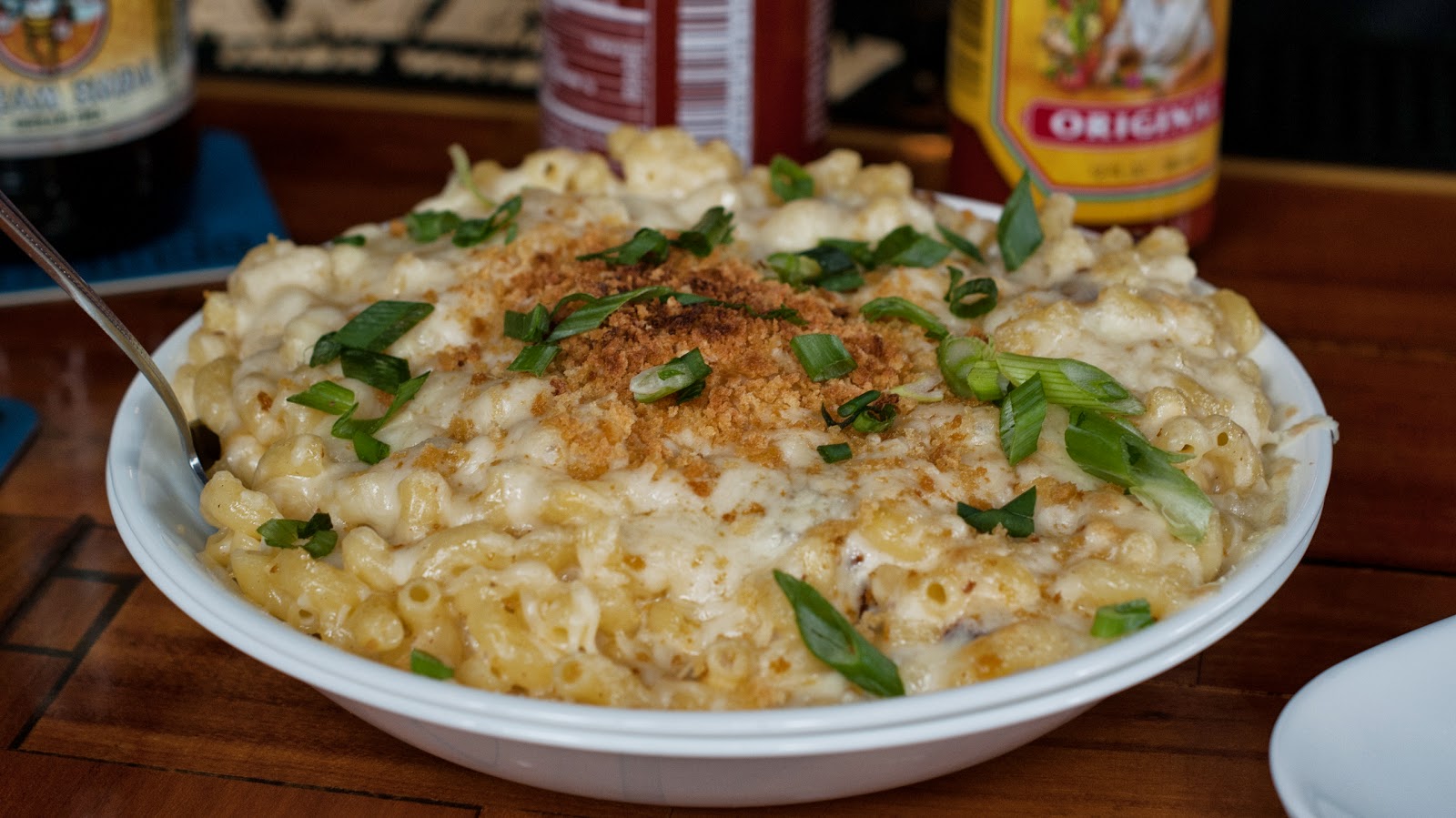 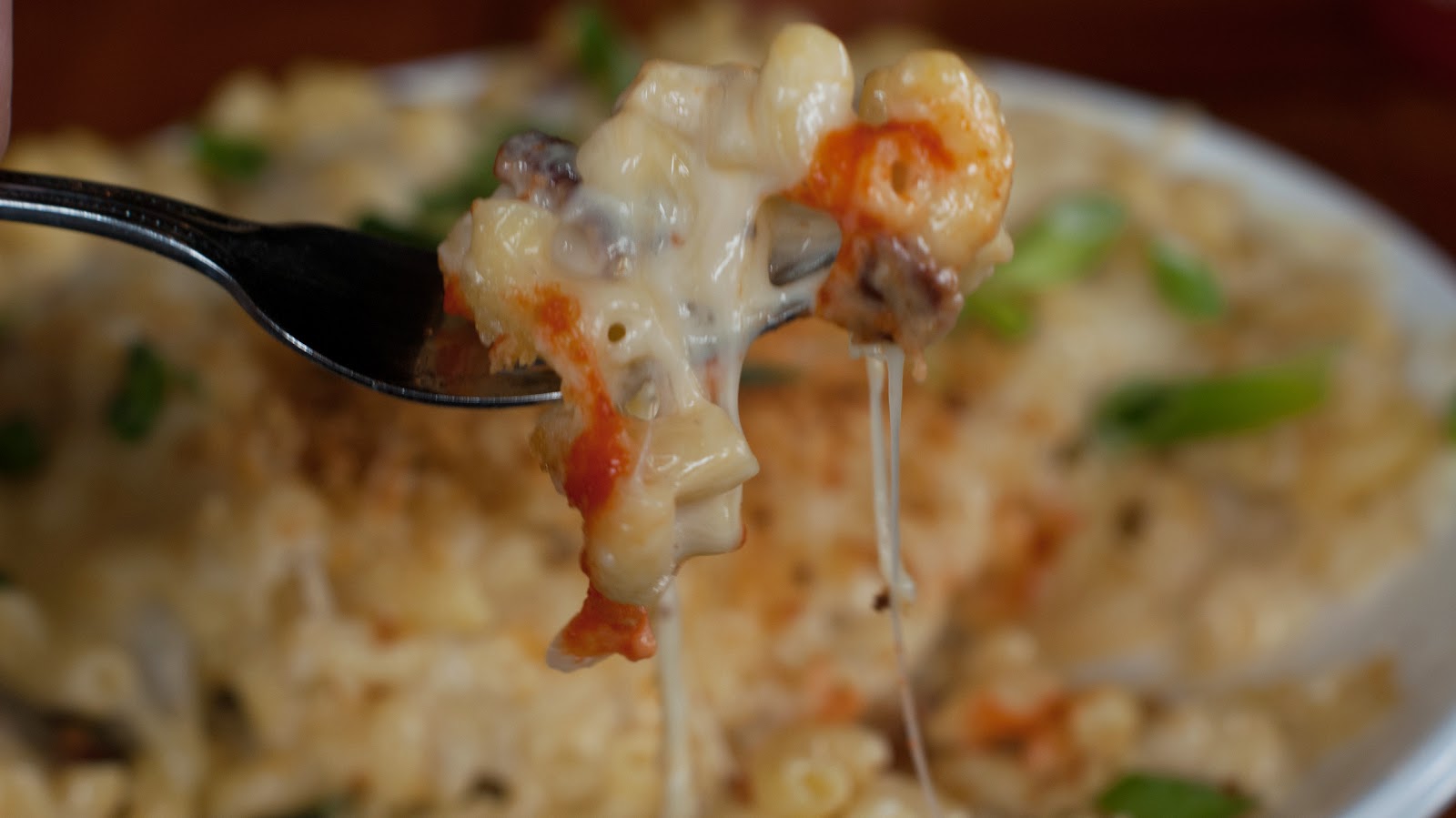 I'd been warned about the portion size in the states numerous times, and especially here, yet despite this the 'side' of Mac n cheese still took us by surprise. This could have been a main shared between 2-4 people! It arrived quite sometime before the burger and it was quite hard not to fill up on it, it was delicious. Heavily cheesed, thick bacon, sharp spring onion and a crumbed coating on top that made just a few bite impossible. 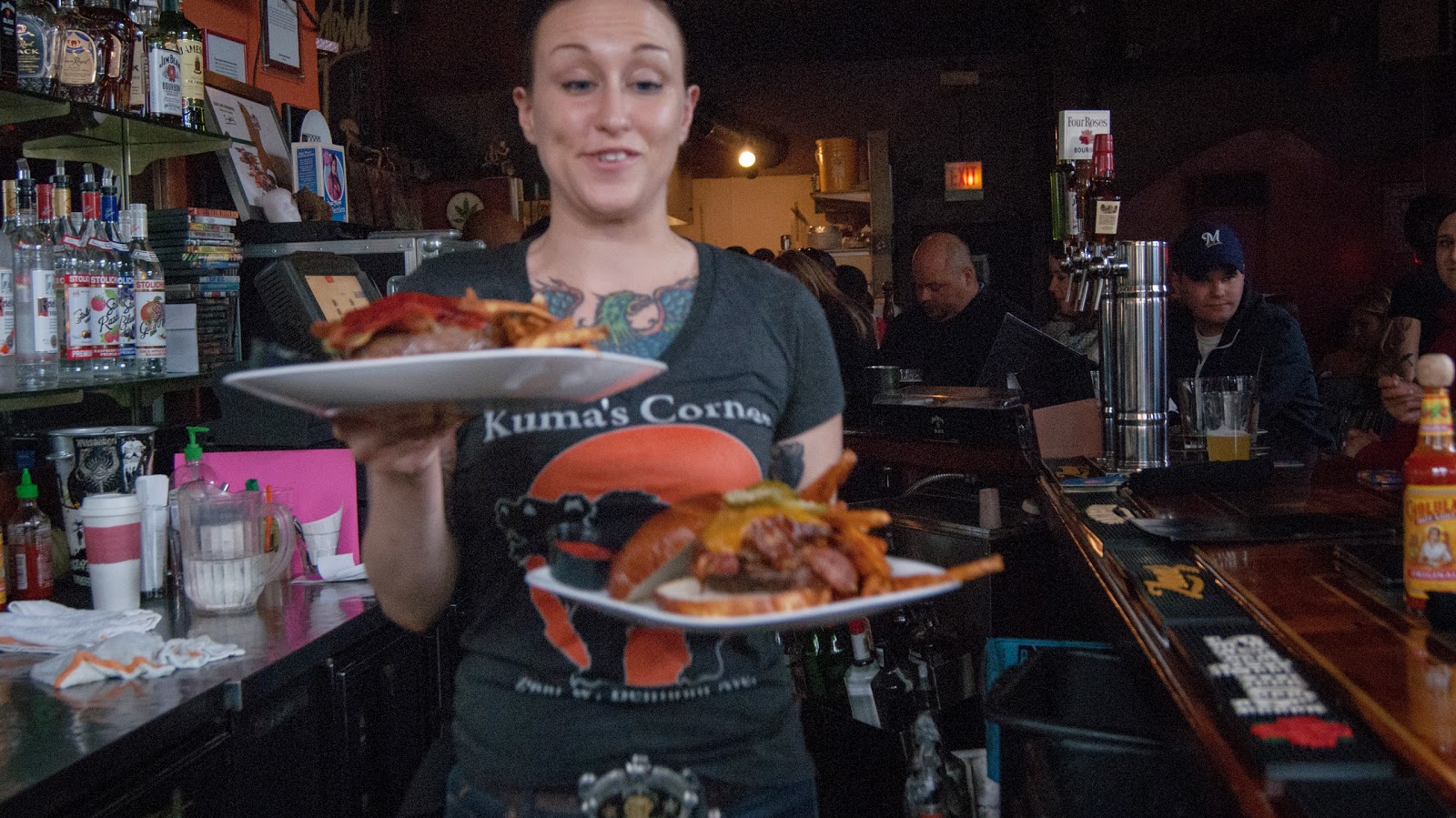 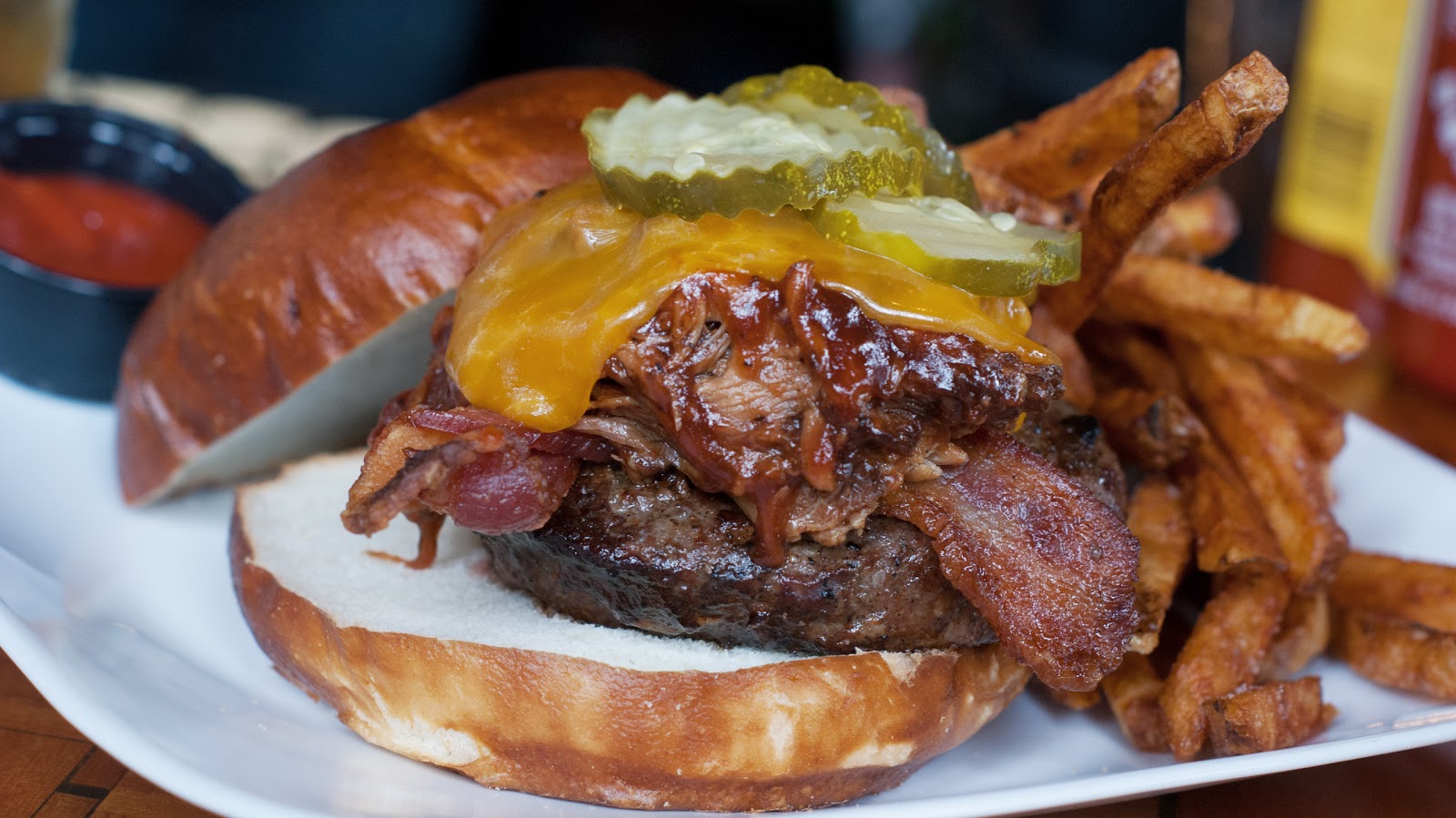 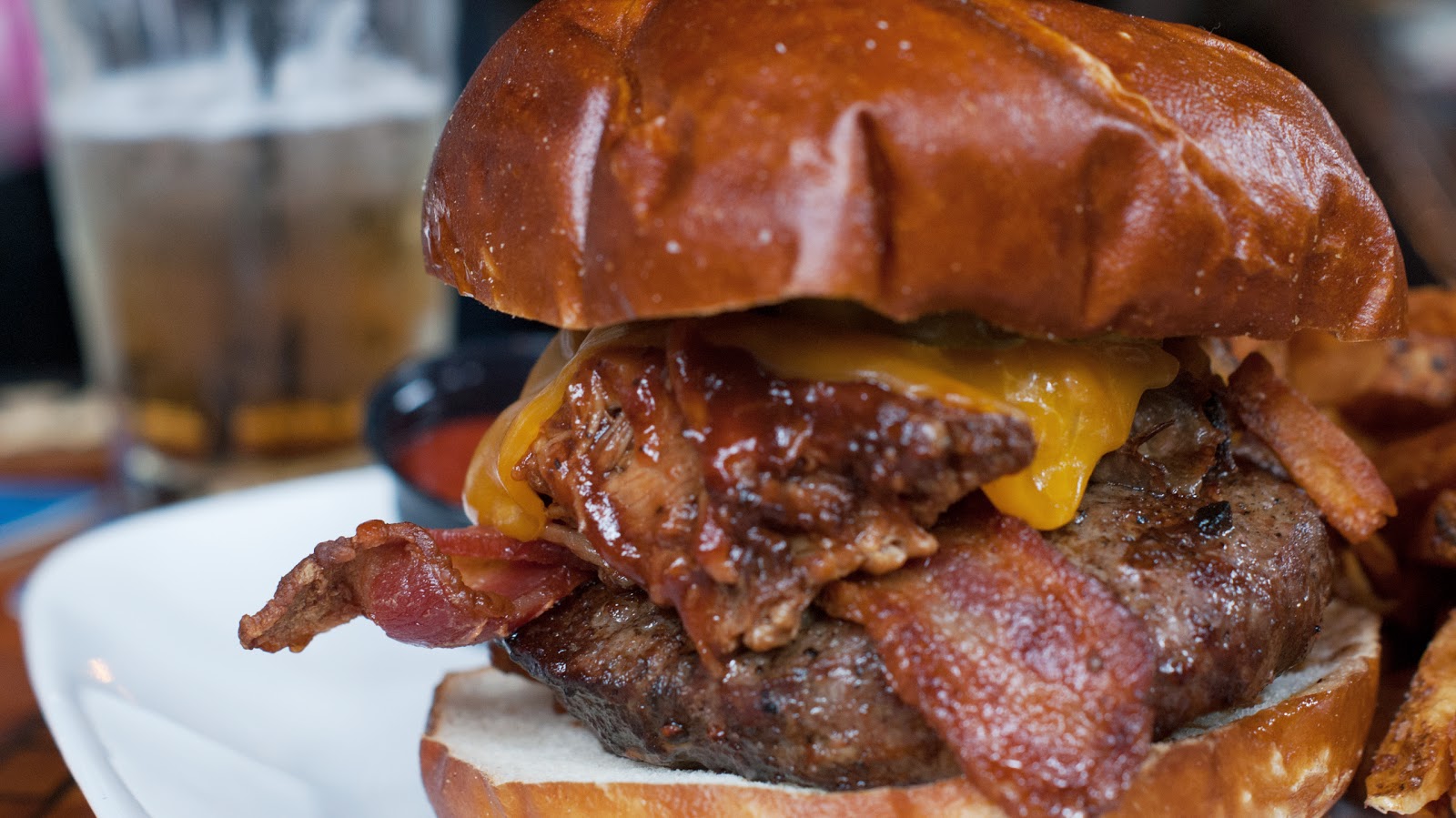 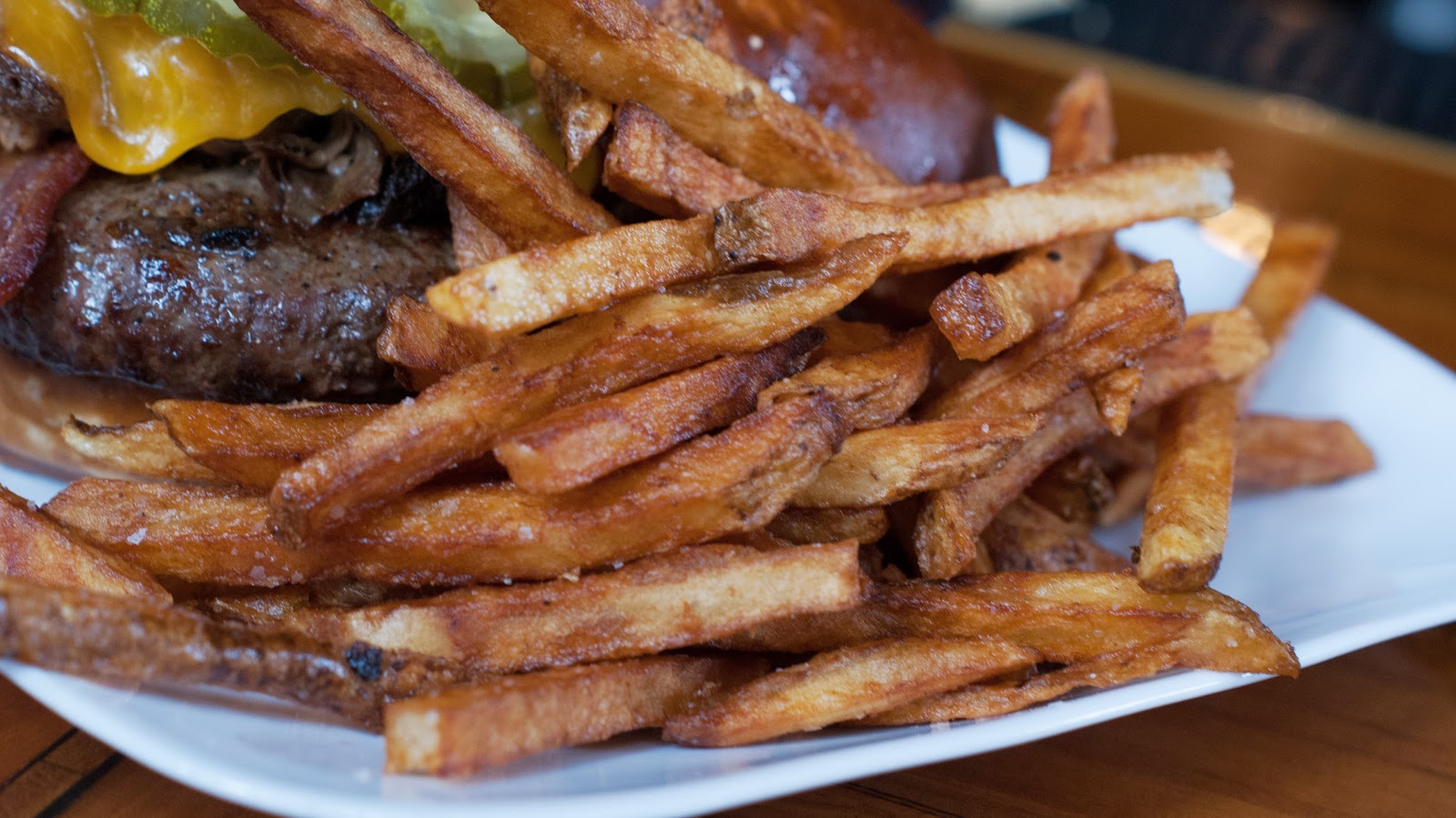 I don't think words can do justice to how disappointed I was with this burger. The patty had been cooked to death. Sometimes the outer edges can be over cooked, and without a cut through its hard to till a few bits in how the patty truly has been cooked. This being such a huge patty as well there was no chance of the burger tasting good.

This was my first experience with the highly regarded pretzel bun as well, but with the rock like patty is hard to really tell, but it did seem the shiny surface was too resilient and not sucking up the juices left a bun that was too difficult to handle. 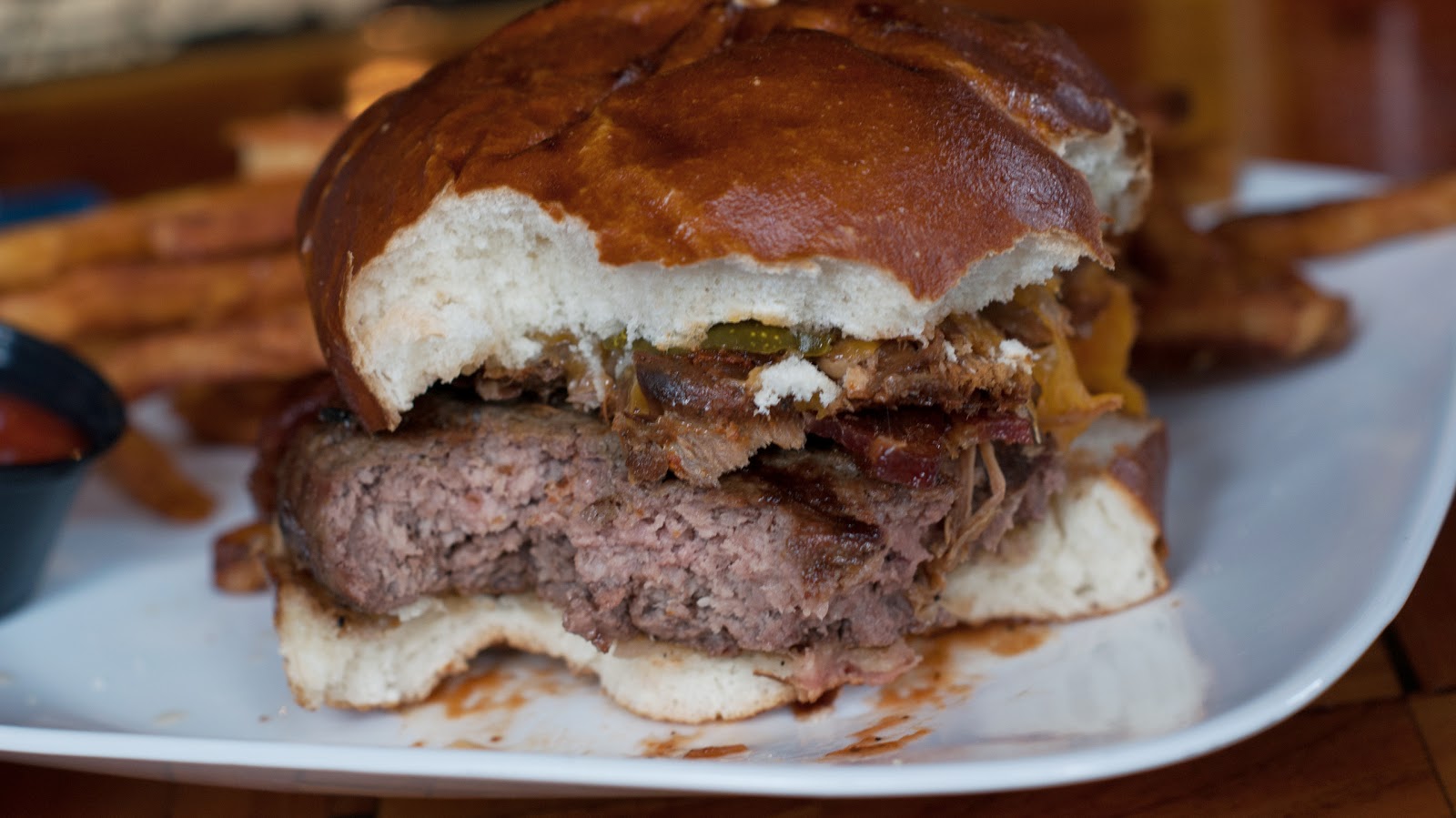 The rest of the toppings were pulled pork, bacon, cheddar and pickles. These were all fine, but had quite a challenge for any taste to come through against the patty.

When asked how my burger was I was honest and they were great, apologetic and offered a new burger but it was quite a wait for the first one and we had plans for our last night in town so had to decline. It was taken off the bill.

The Mrs's burger had been cooked as she requested, a perfect medium and the flavour was good, very good, so I think I was just unlucky. I have to review what I ate and depressingly it was terrible.

Walking out to the car, depressed, wondering if I would ever smile again there was a wedding reception next to us, playing the Vengaboys - Smile back, depression over. 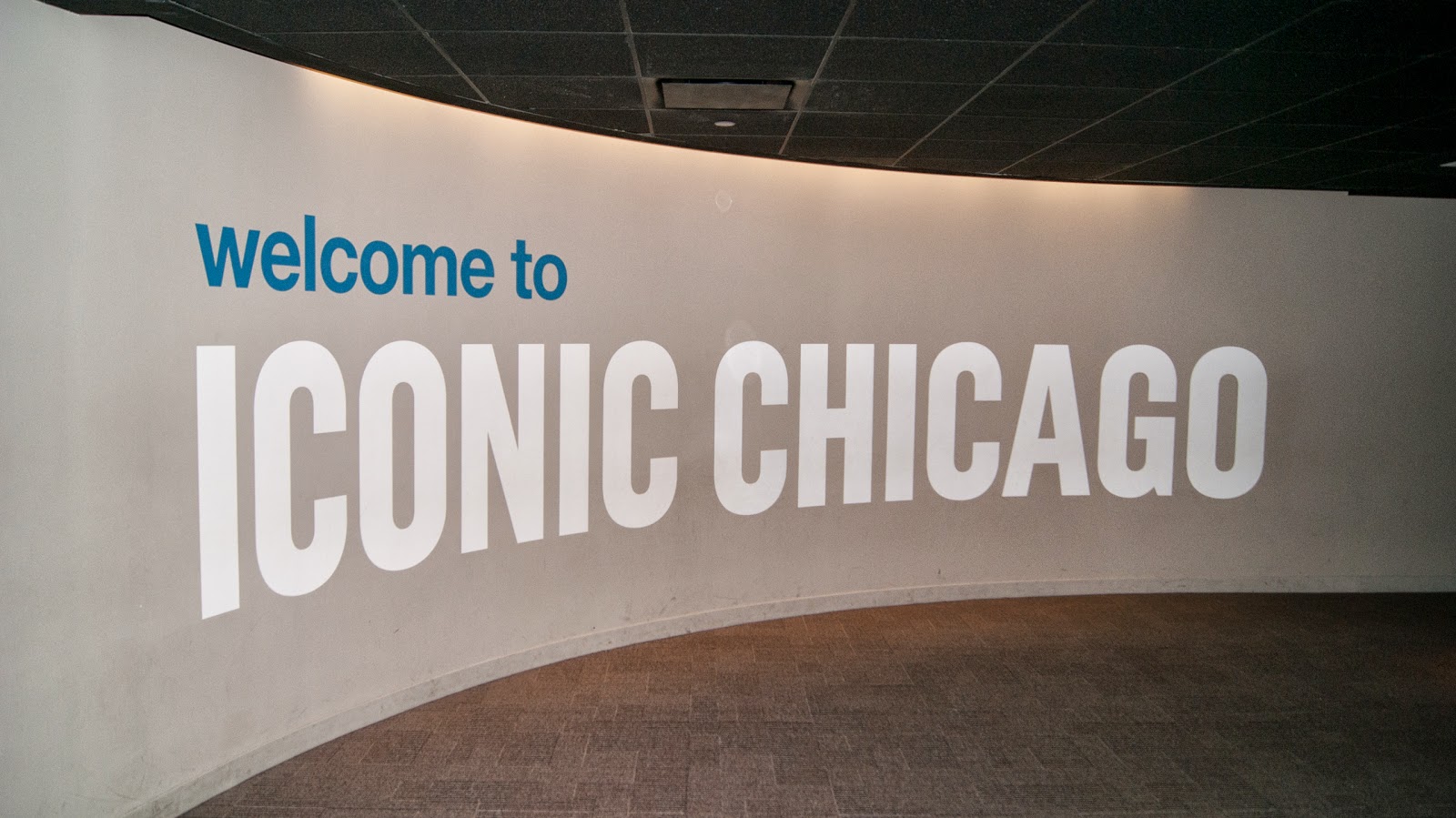 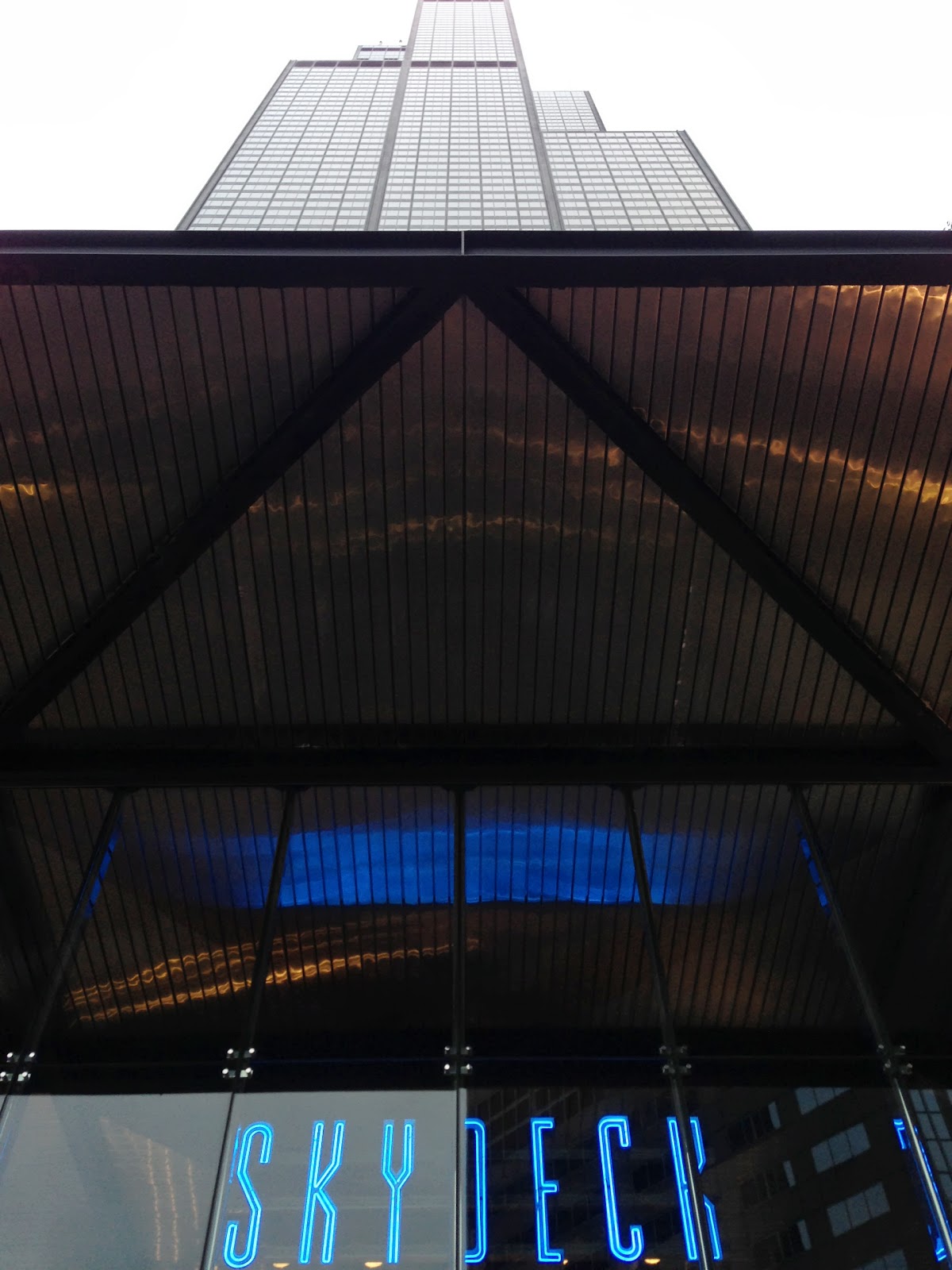 We made our way up to the top of the Willis tower to watch the sunset. Like me you may know this better for its old name the Sears tower.
If you have enough faith in engineering, you can make your way at the top to the outer edge of the building where a glass ledge awaits you. I won't lie, it took me a couple of attempts to make the first step out, but once conquered, the feeling really is unique. 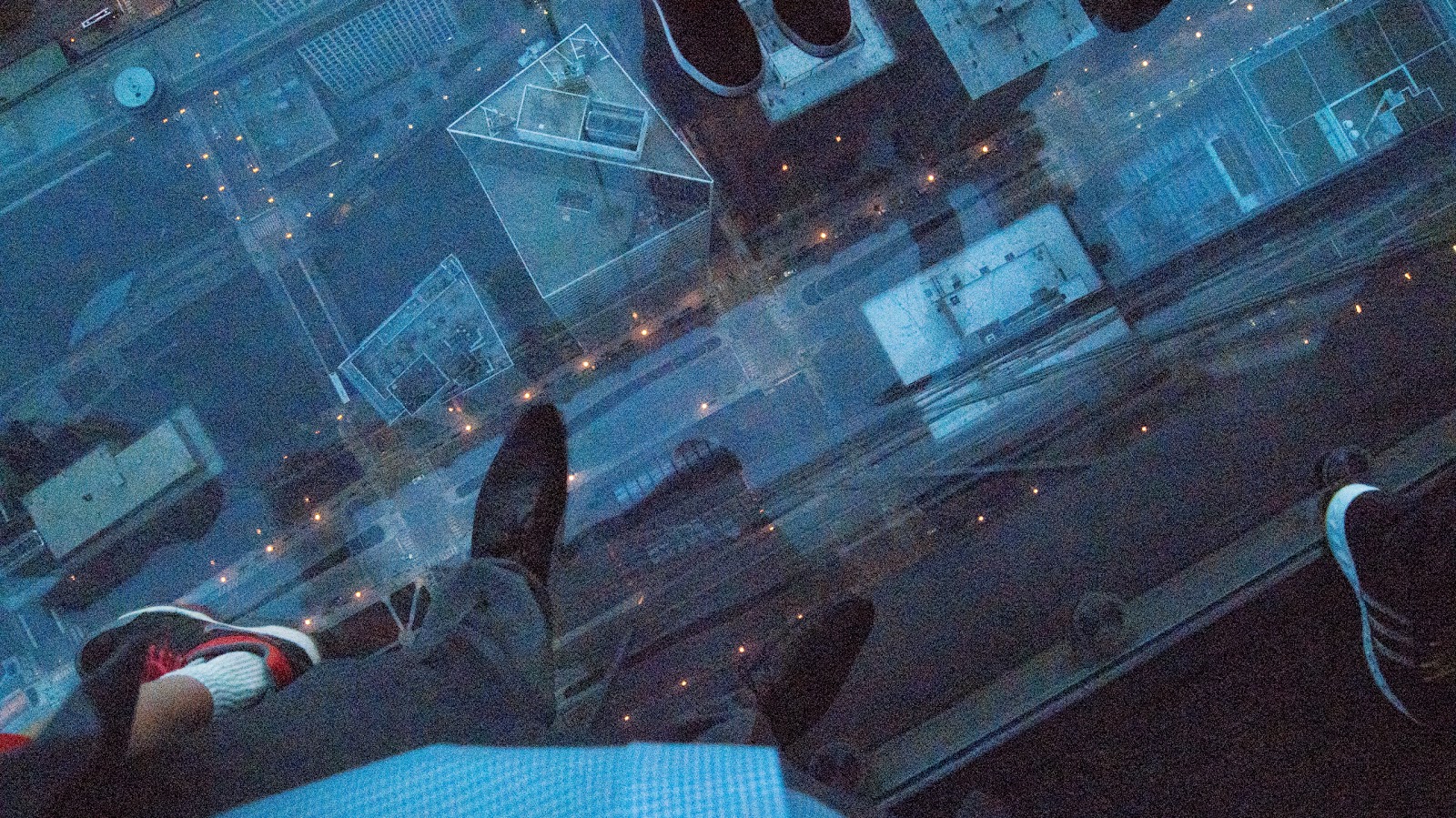 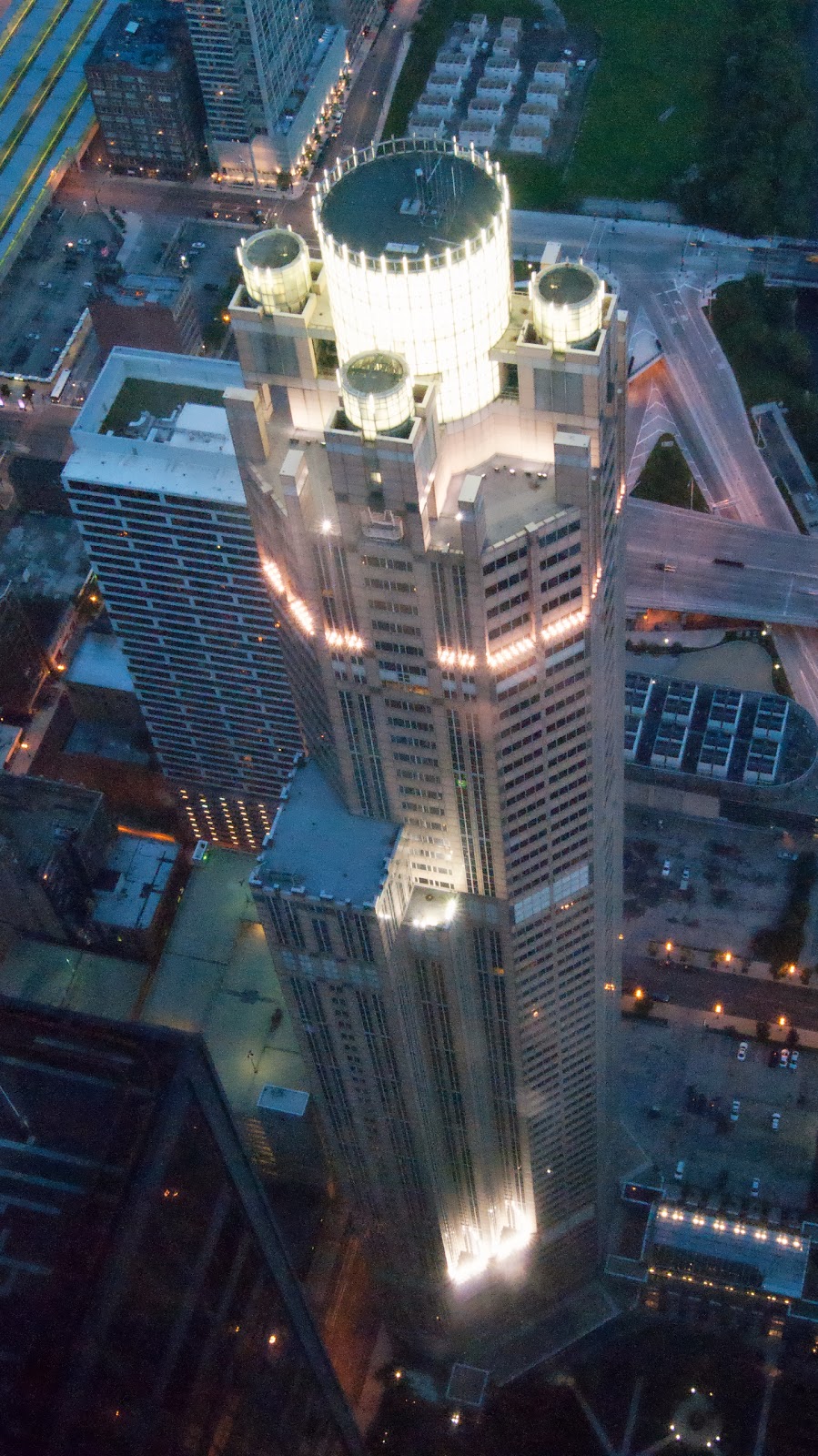 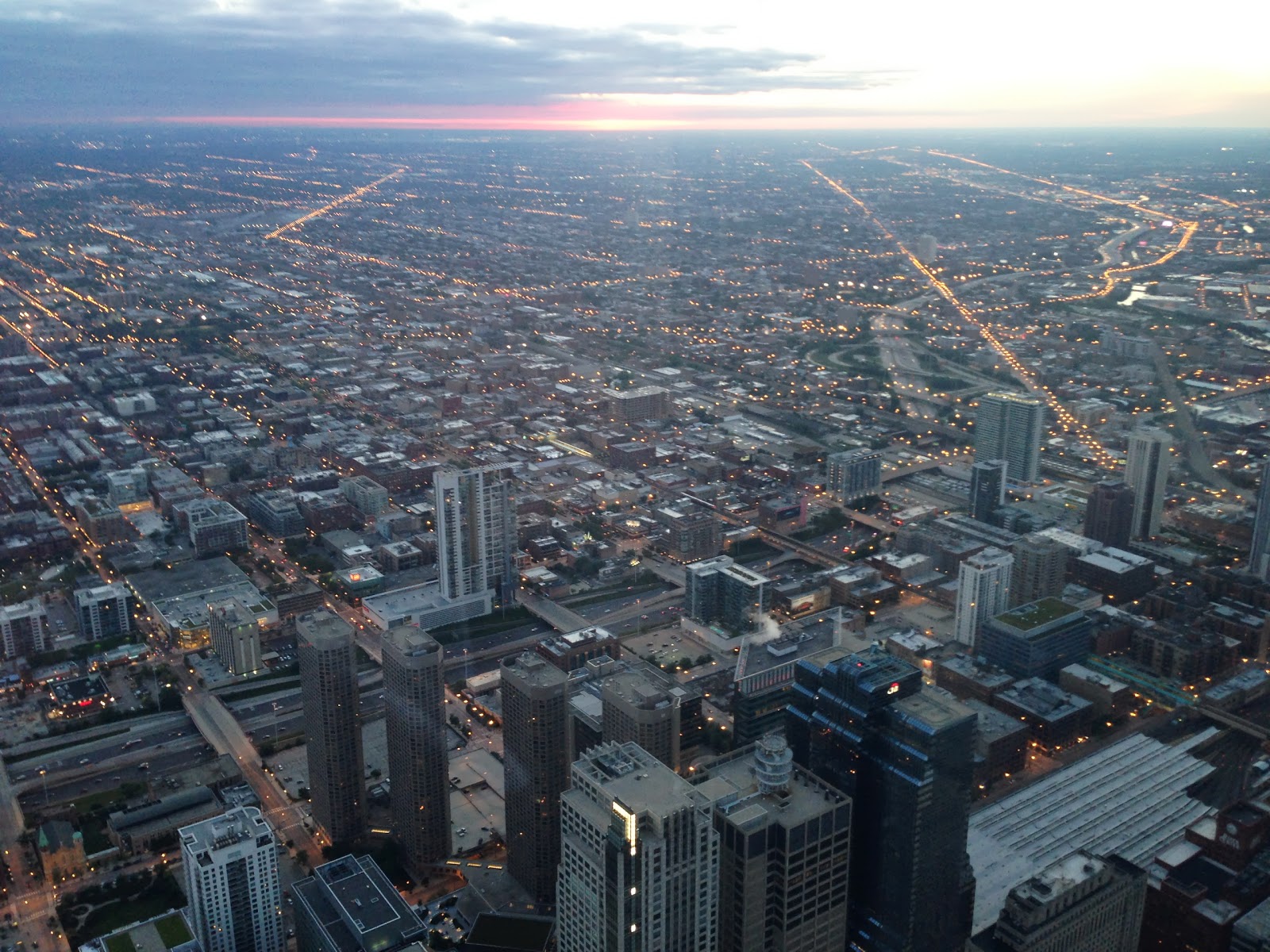 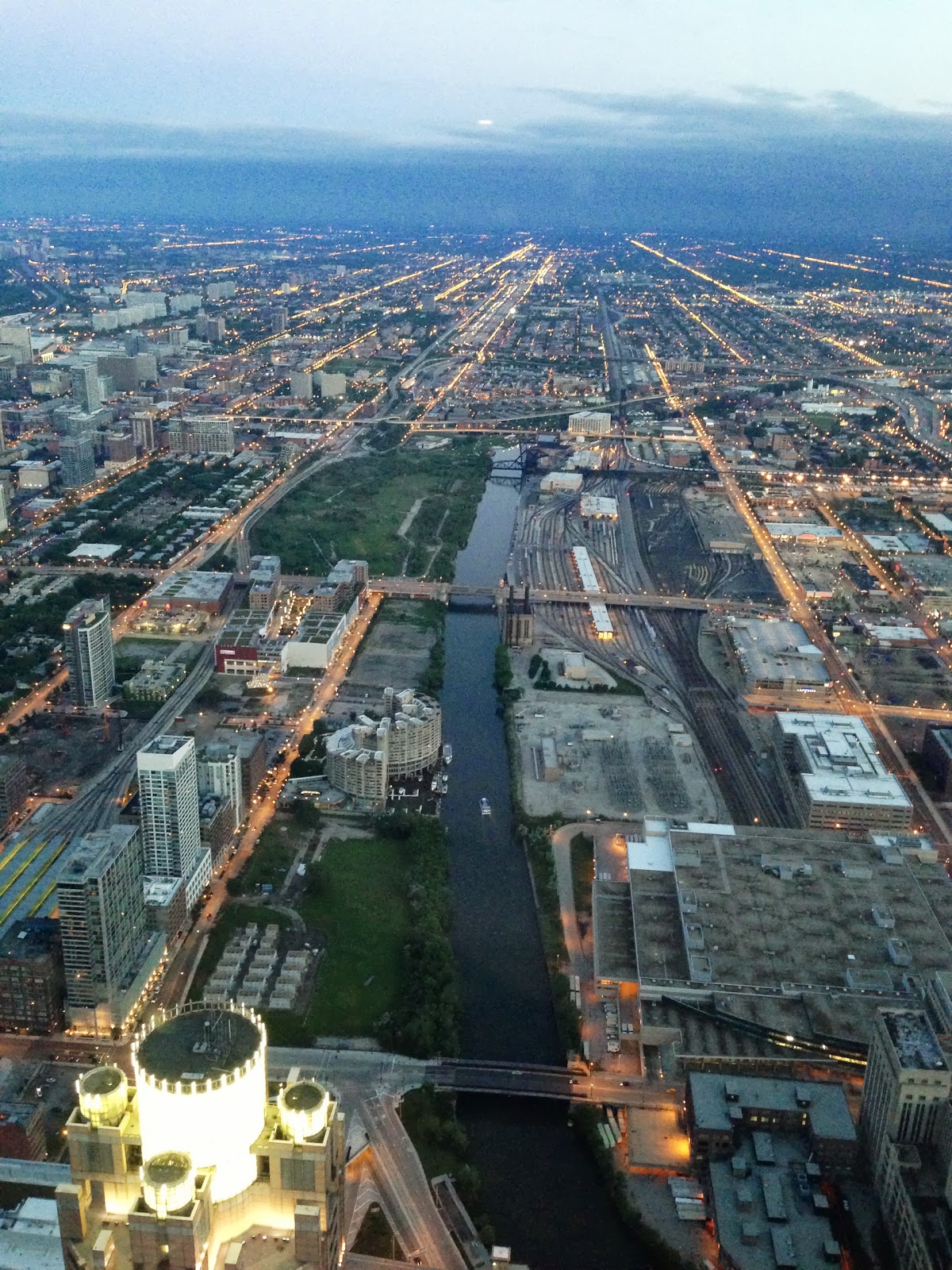 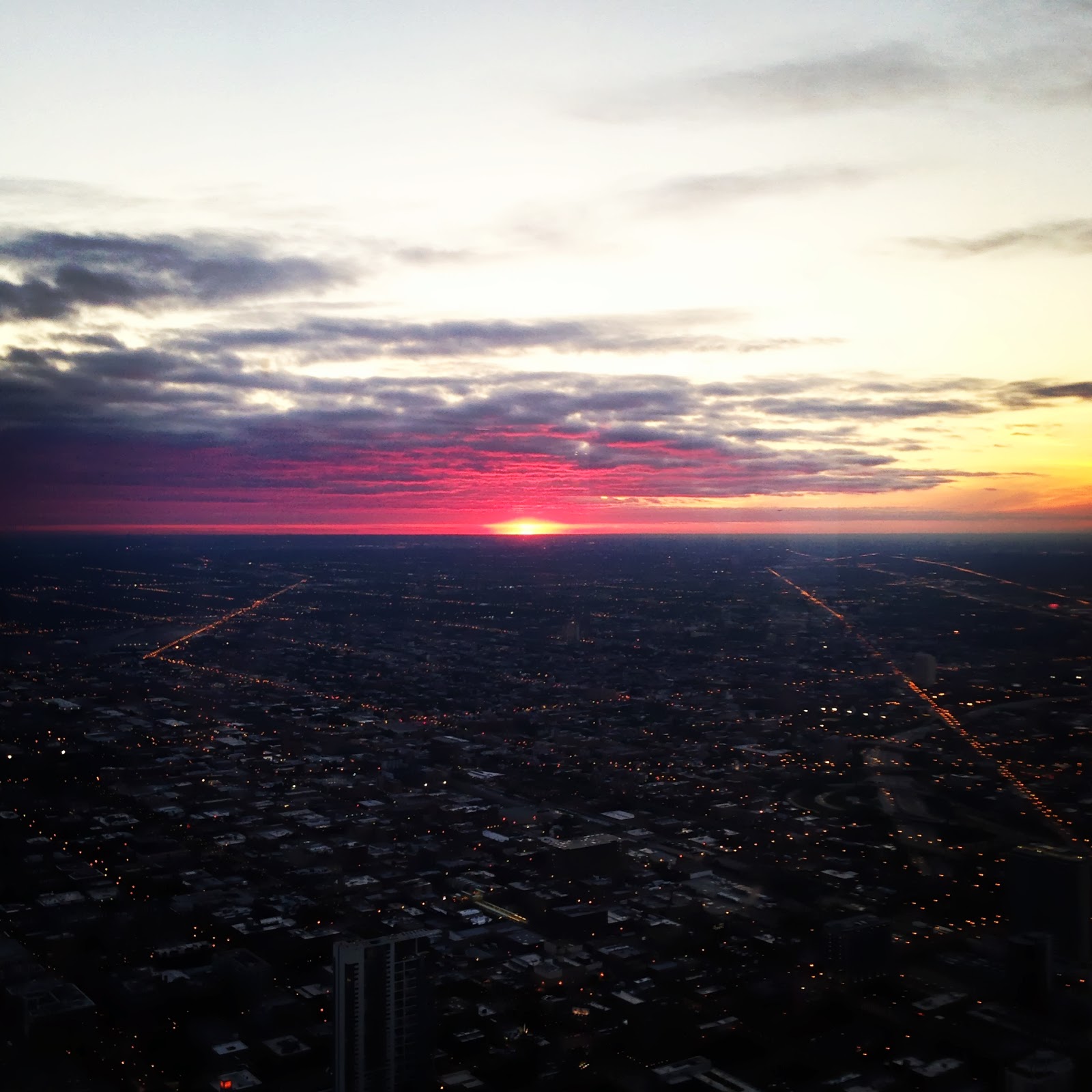 Tomorrow will be the start of Route 66.

Extended snaps from this day