'You can find me in St. Louie.' Today I discovered the 's'' in Louis is pronounced, not like Nelly rapped all them years ago.

After a quiet morning wandering around some shops, we found a few food trucks and got to sample a heavenly Oreo desert from Sarah's cake stop. Sadly Andrews Bayou BBQ had sold out of everything and just left with a hot dog, which at $1 is  a great price, but not something you would necessarily return for. 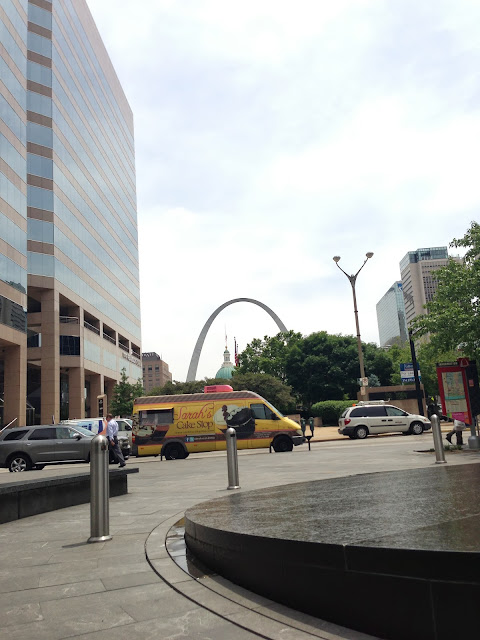 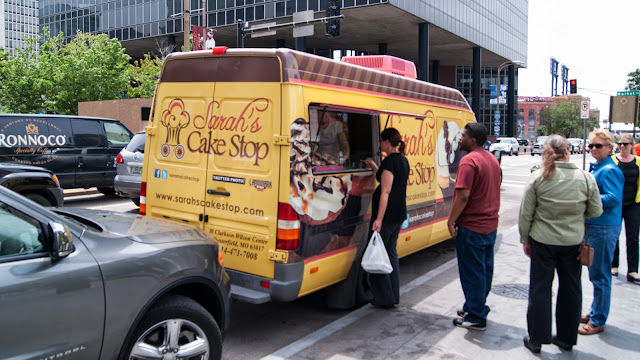 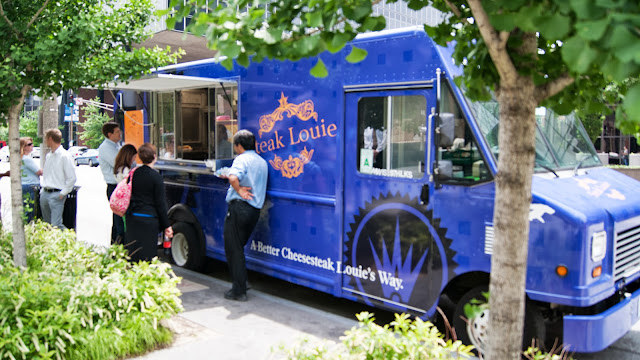 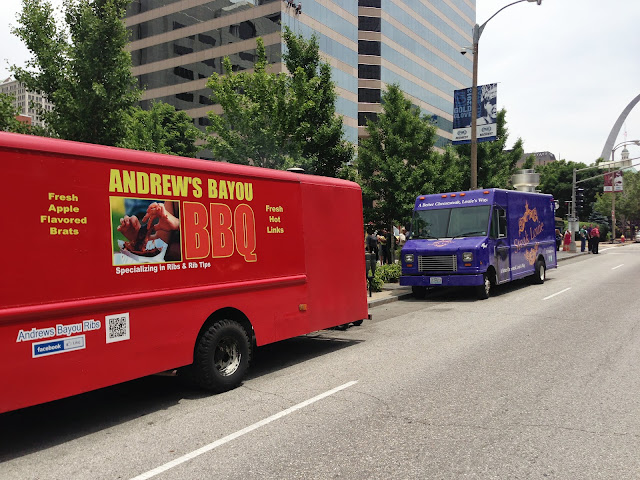 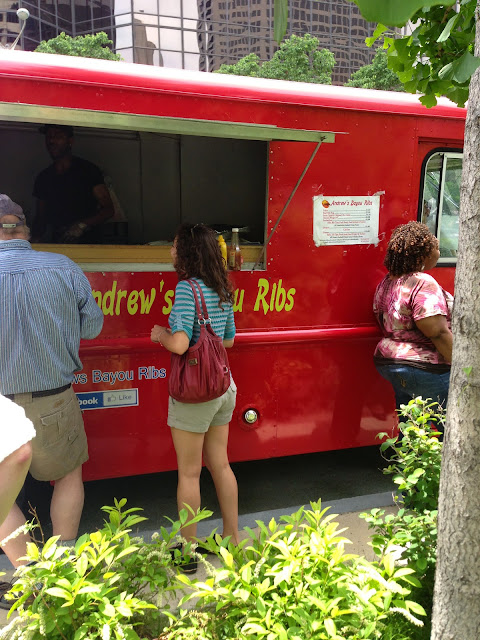 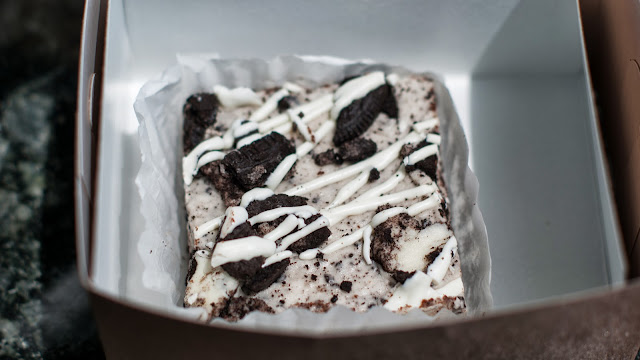 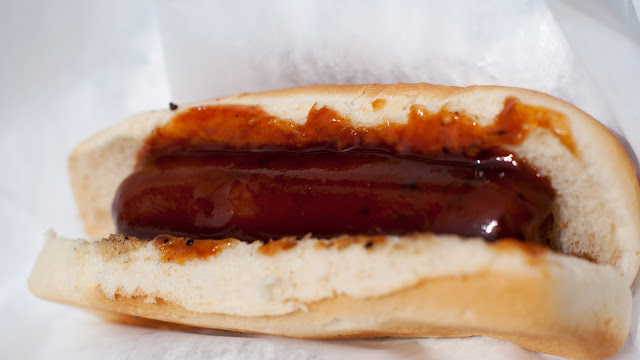 St. Louis is quite a small city in which sport plays a big part.  In downtown St Louis less than a mile apart the St. Louis Cardinals and the St. Louis Rams have their stadiums. The Rams are owned by Stan Kronke, the majority share holder in Arsenal, so I decided to see if he was around for me to ask his intentions with my club...he wasn't available. But one of the staff kindly showed us around the stadium for free. Sadly the pitch had been lifted and was being prepared for a monster trucks event, but we got to walk around and see from the Top of the Stadium to the changing rooms. I'm not an American football fan, but seeing a locker room for 50+ of the players is a sight. 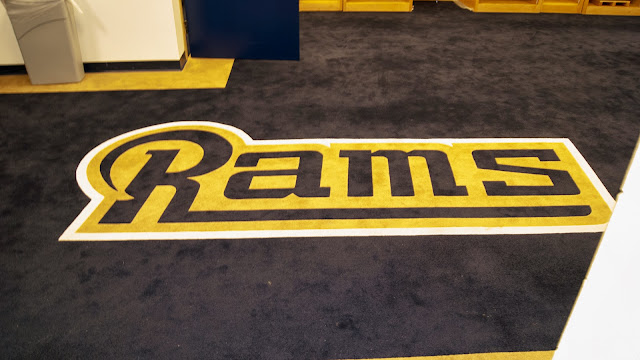 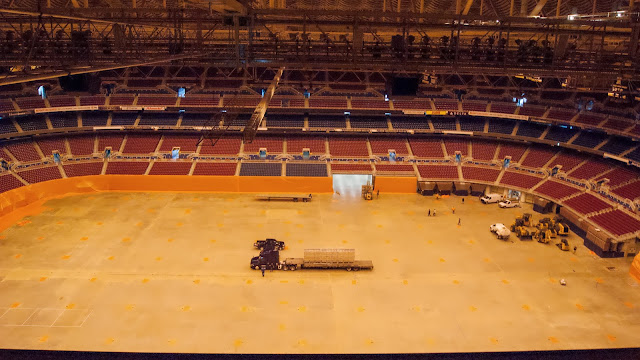 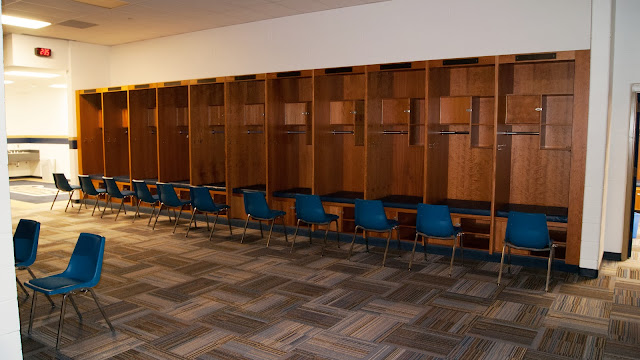 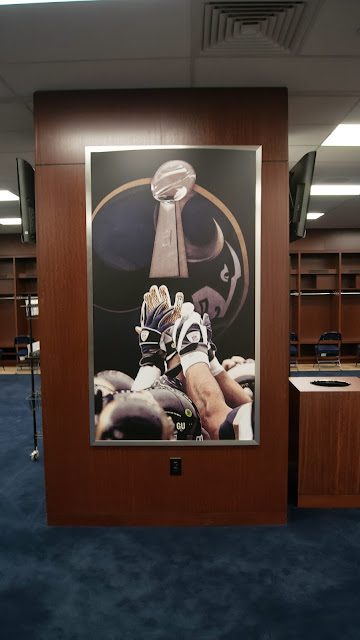 Also Downtown the 630ft gateway arch of St. Louis was built in the 60's and sits at the edge of the city on the Mississippi and you can see it wherever you are in the city. We arrived just after the last trip to the top went up, but they say the arch sways with the wind. 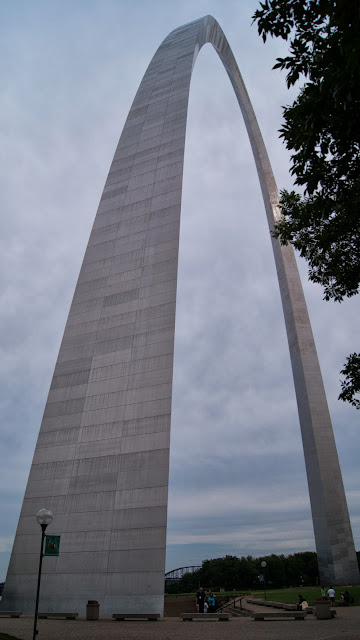 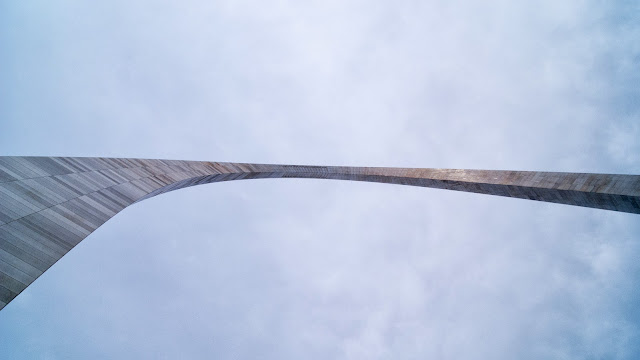 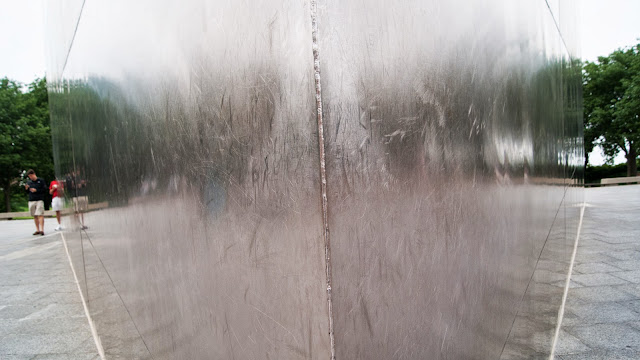 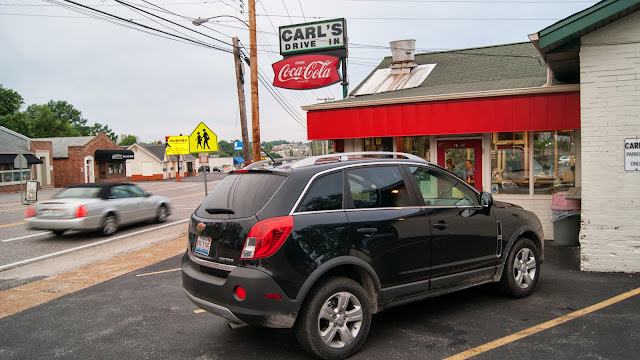 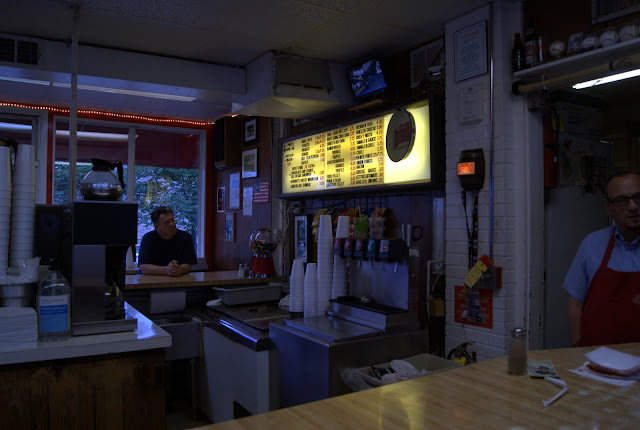 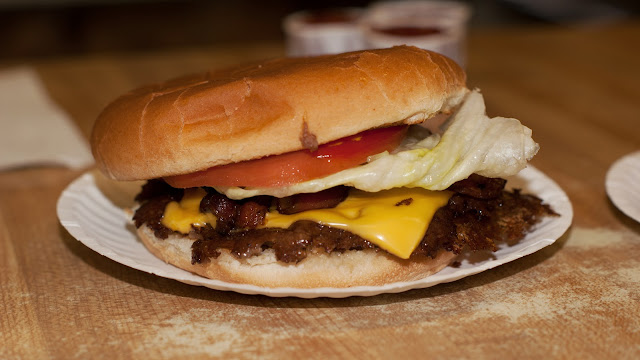 Searching for burger joints in St. Louis, Carl's Drive In was always in people's list, usually near the top. Carl's opened in 1959, and from what I can see nothing has changed. It's a very small roadside diner with the bar area having space for 16 people.

We arrived just before closing today and quickly ordered. The burger is cooked in front of you and is flattened onto the grill, smashed in fact. Burger is built and delivered, and to be honest, it's not going to win any beauty awards, but what it lacks in beauty it delivers in flavour. After just one bite I looked over to one of the ladies behind the counter and signalled for the same again.

It was amazing. This is all about the patty. The bun, cheese and other toppings are all fine but just making up the numbers on what is a fantastically unique patty. The crunch on this is unlike anything else I've experienced. It's such a simple yet clever way of delivering it, with only Steak 'n Shake coming close in style. The surface is almost like a wrapper that protects the beef, and if you think the crisp coating leaves a dry centre, it doesn't, it's still soft and beefy. It's a burger you could eat comfortably every day with a smile. 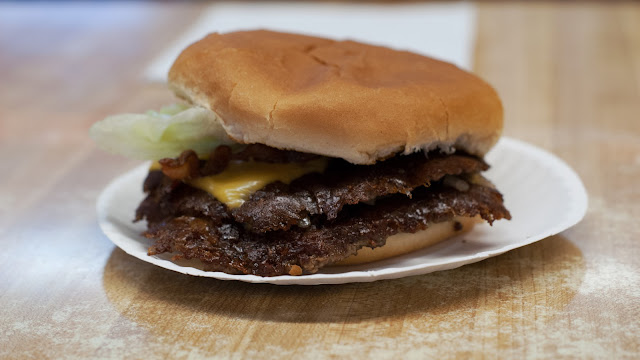 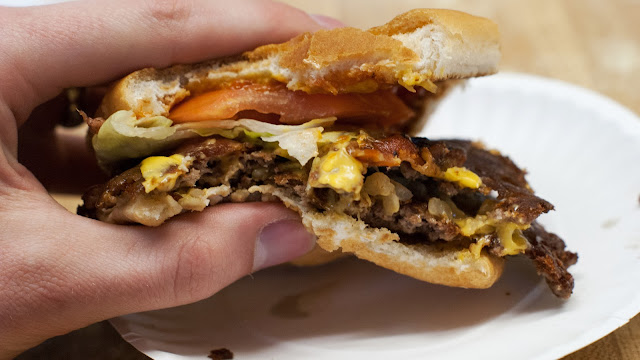 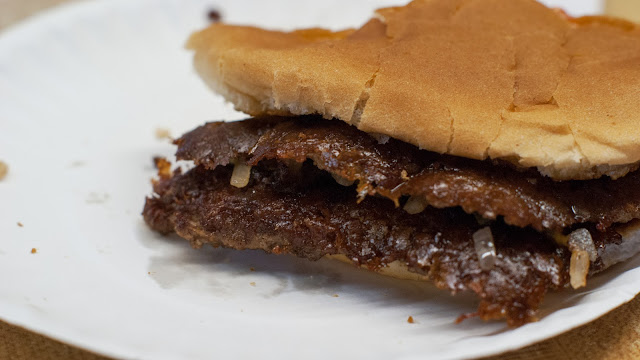 Quite clear to see why this has been rated one of the 10 best burgers in America by fox.com. 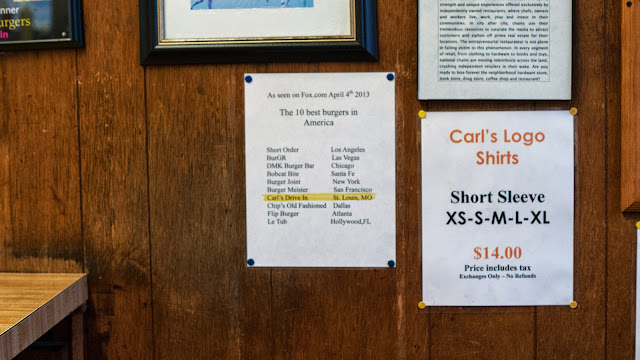 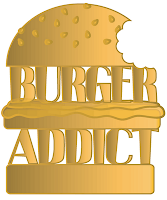 At night we stayed at The Chase Park Plaza hotel, and after a room change was happy here. It had its own cinema, and the smell of popcorn wafted throughout the ground floor. This cost $199 before tax. 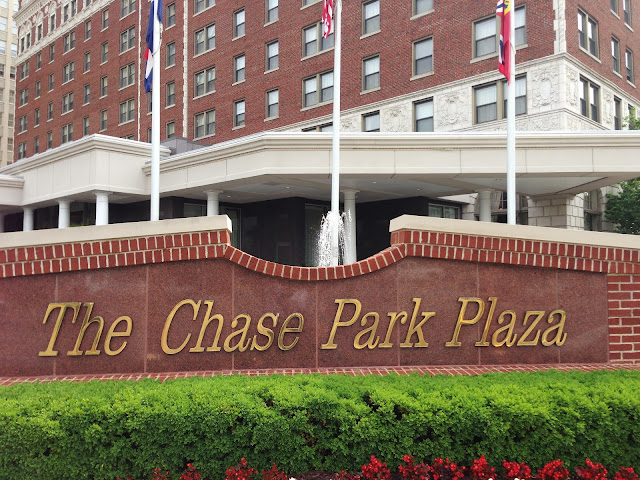 Extended snaps from this day