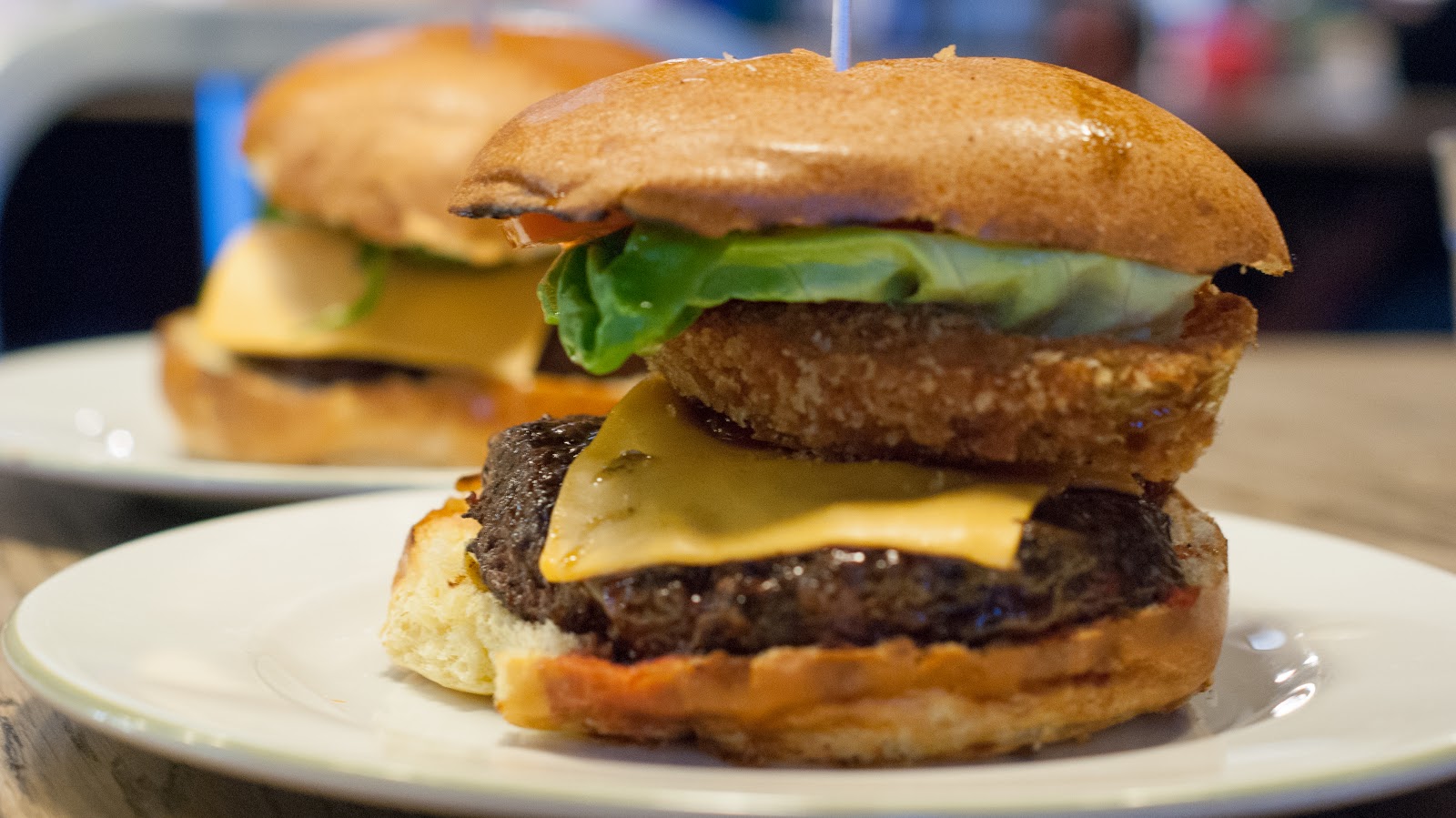 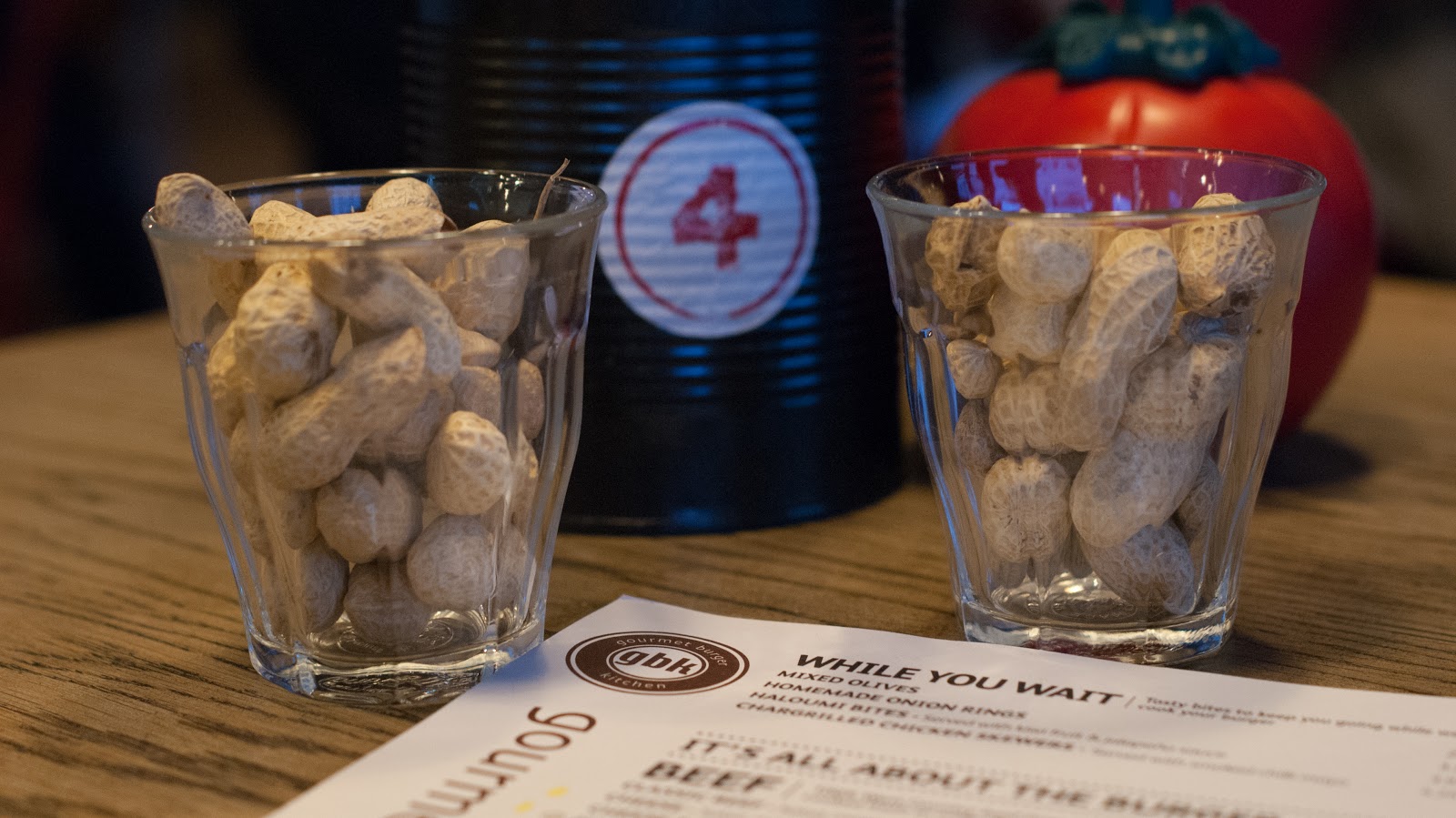 It wasn't too long ago GBK was 'the go to place for a burger'. You could have the beef cooked as you requested, and there was always a 241 print out somewhere on the internet.

By quite some distance GBK and Byron are the biggest 'chained burger specialists' in the UK with 59 & 32 dotted around the country. GBK opened its first in 2001, some 6 years before Byron, however it's Byron that has the reputation for good quality and made GBK, in London at least, a somewhat forgotten memory.

I'd heard good reports about a new burger at GBK, The Taxi Driver burger, quite shortly after starting the blog, but with so many new, exciting and reputable burgers to try, it was placed at the bottom of the pile. Then a failed walk-in at Red Dog Saloon and there I was trying this burger out at GBK in Essex. Seconds away from ordering, I decided to change my fries order for another burger, their newest, The Don. 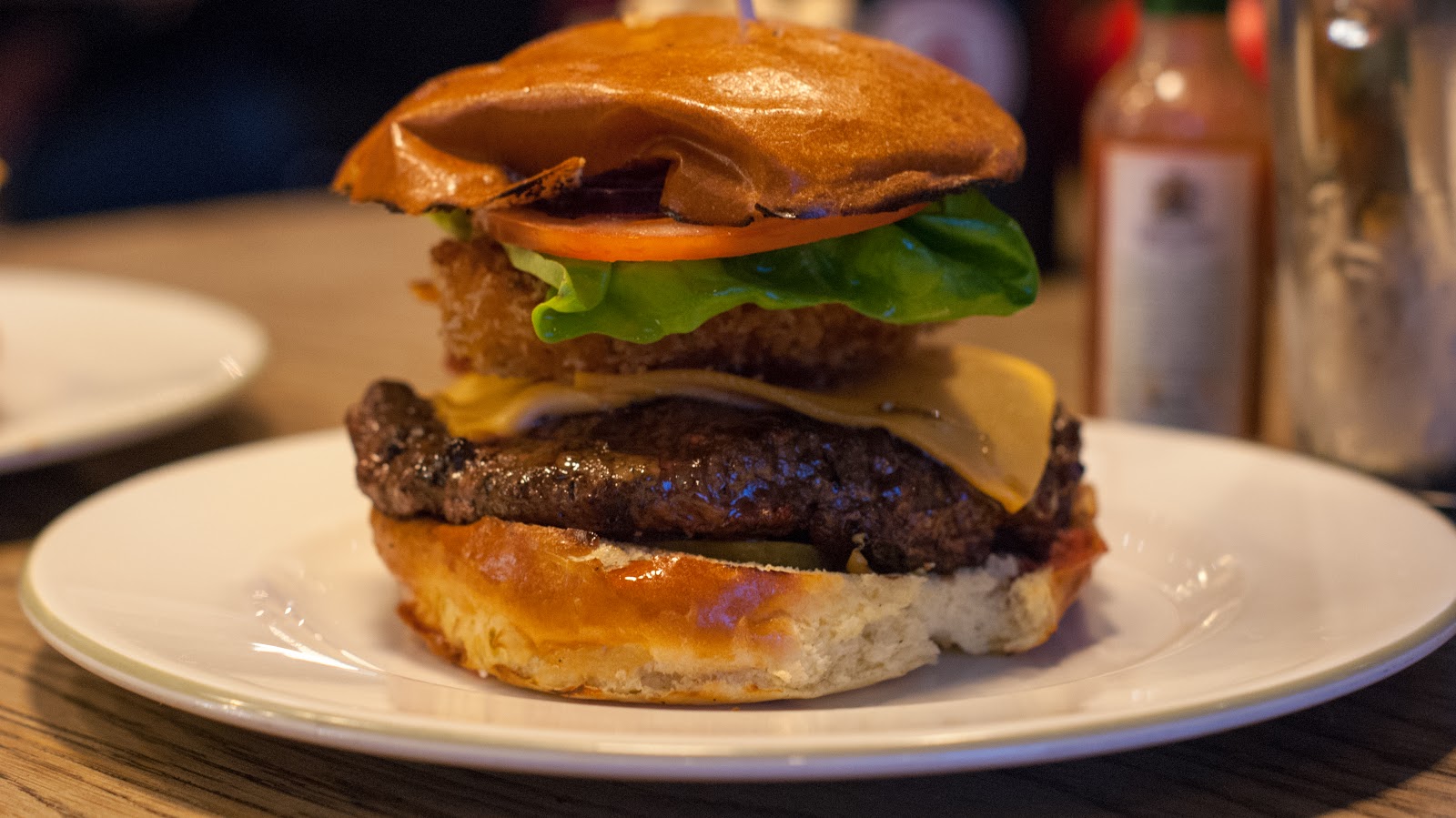 My one doubt about this burger was the onion ring. It seemed too much like something you would get as an add on in a Wetherspoon's pub. It turned out to be the star of an otherwise average burger. The outside had been fried to a great crisp, which complimented the soft bun excellently. Inside the batter the onion had a good bite and flavour to it.

The bun was fine, but regrettably had its faults. To look at it appeared too flat/thin, and this was confirmed, with the bottom splitting half way through. It was a very light bun, which despite having been sliced evenly, the weight of the burger pushed the bottom half to destruction. Combined with the pickles, which are placed under the patty, it wasn't too long before they had done their damage. What the bun didn't have to deal with was juices from the beef. 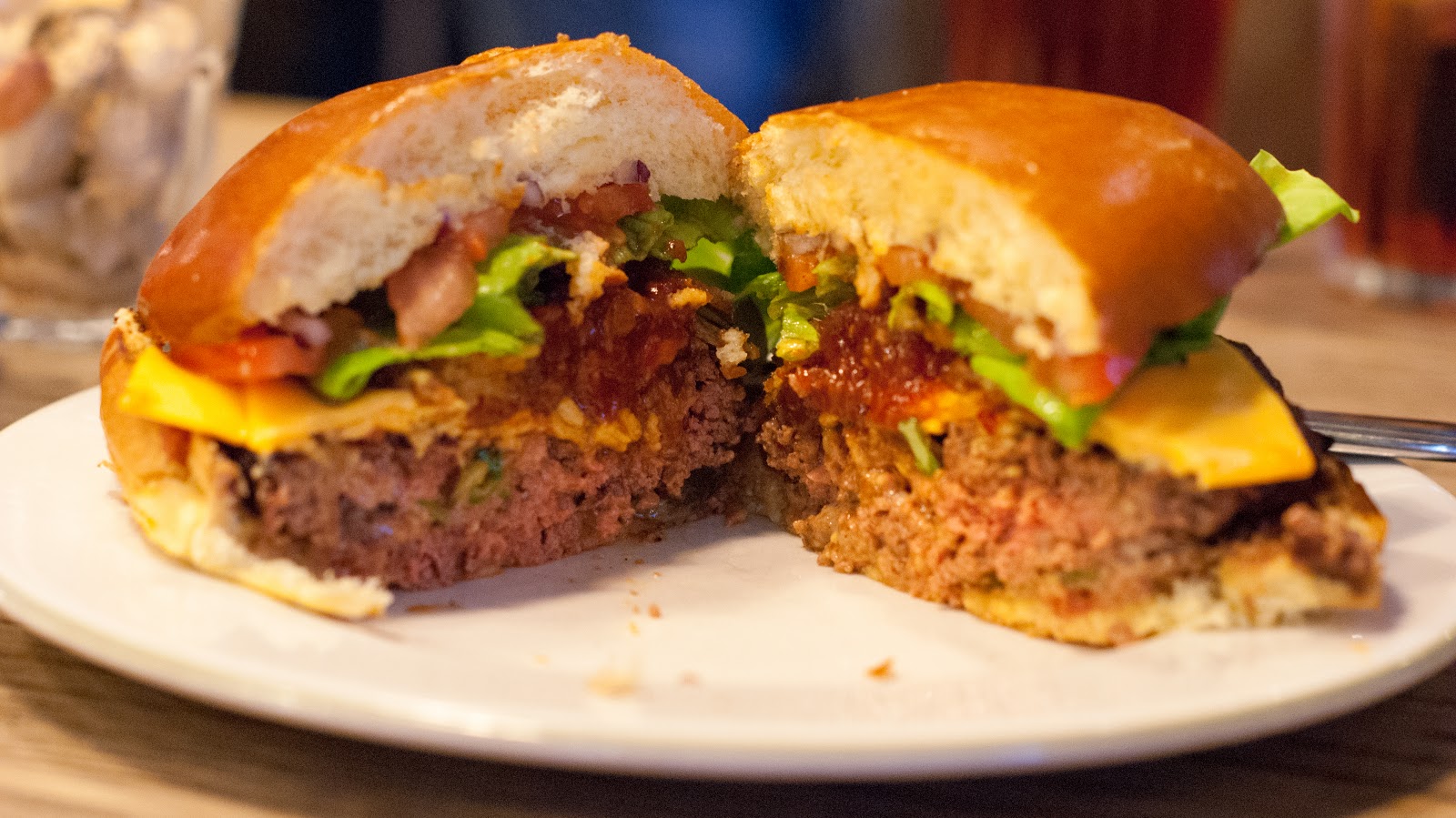 It was cooked as requested, but with what appears a very low fat content, it didn't give much flavour; In fact the only flavour it gave was a smoked flame grilled one, not too dissimilar to a Burger King patty. Any flavour that there might have been however would have had some challenge against the overwhelming Cajun relish. Almost identical to a mild doritos salsa dip, it dominated every mouthful.

There was nothing dramatically wrong with the burger, in fact, when breaking it down like I have it's surprising but I did enjoy it on the whole. 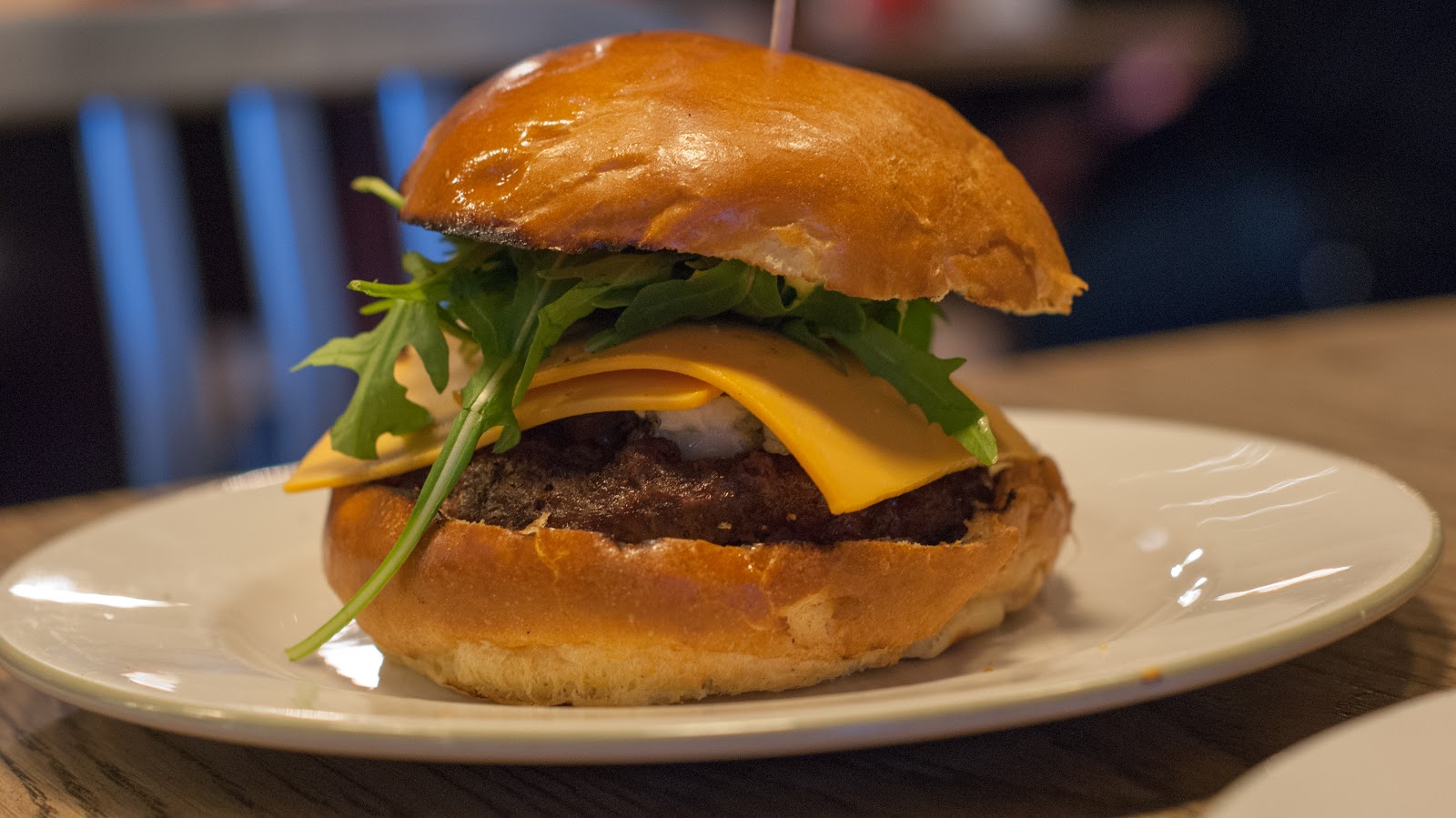 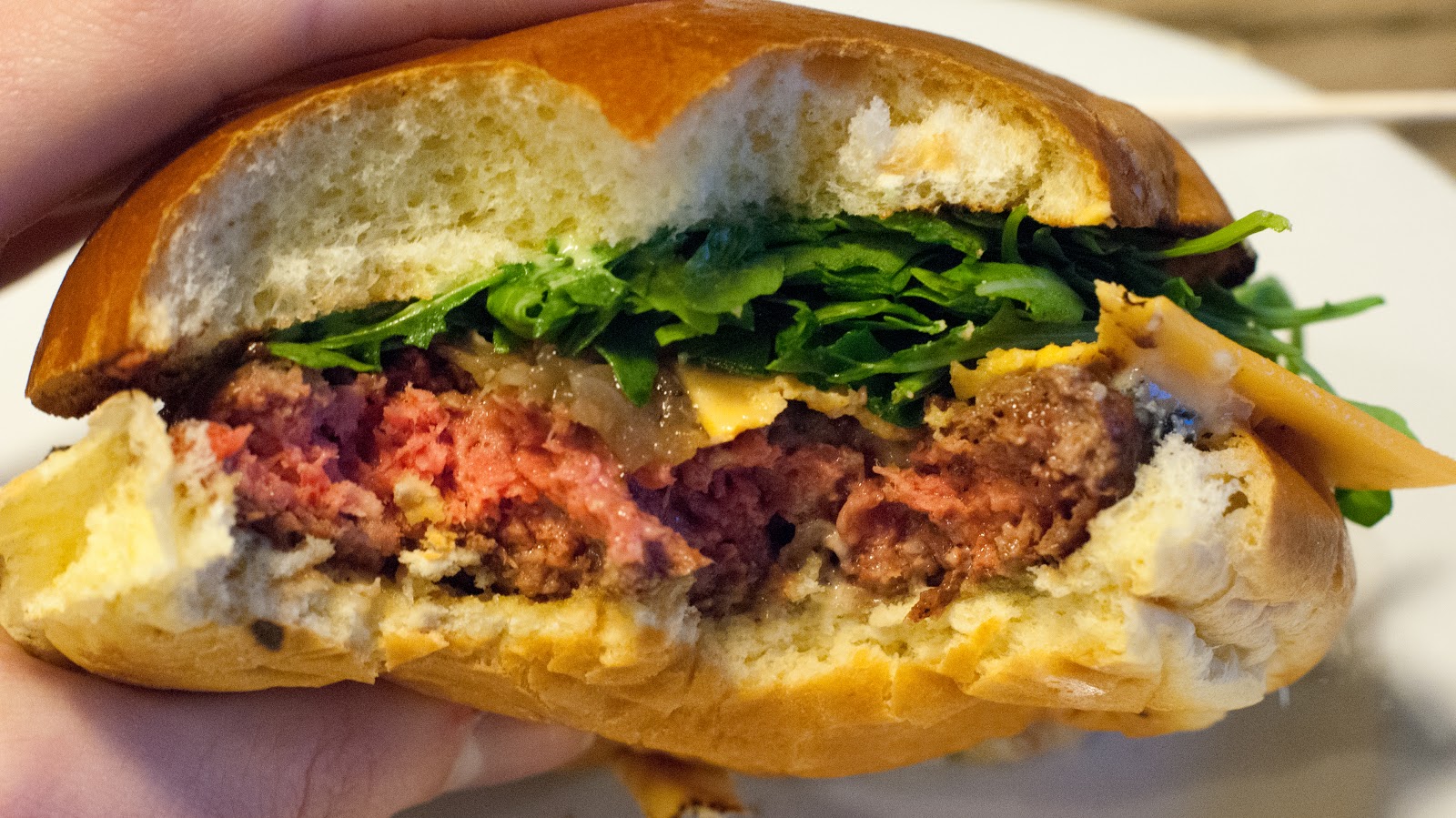 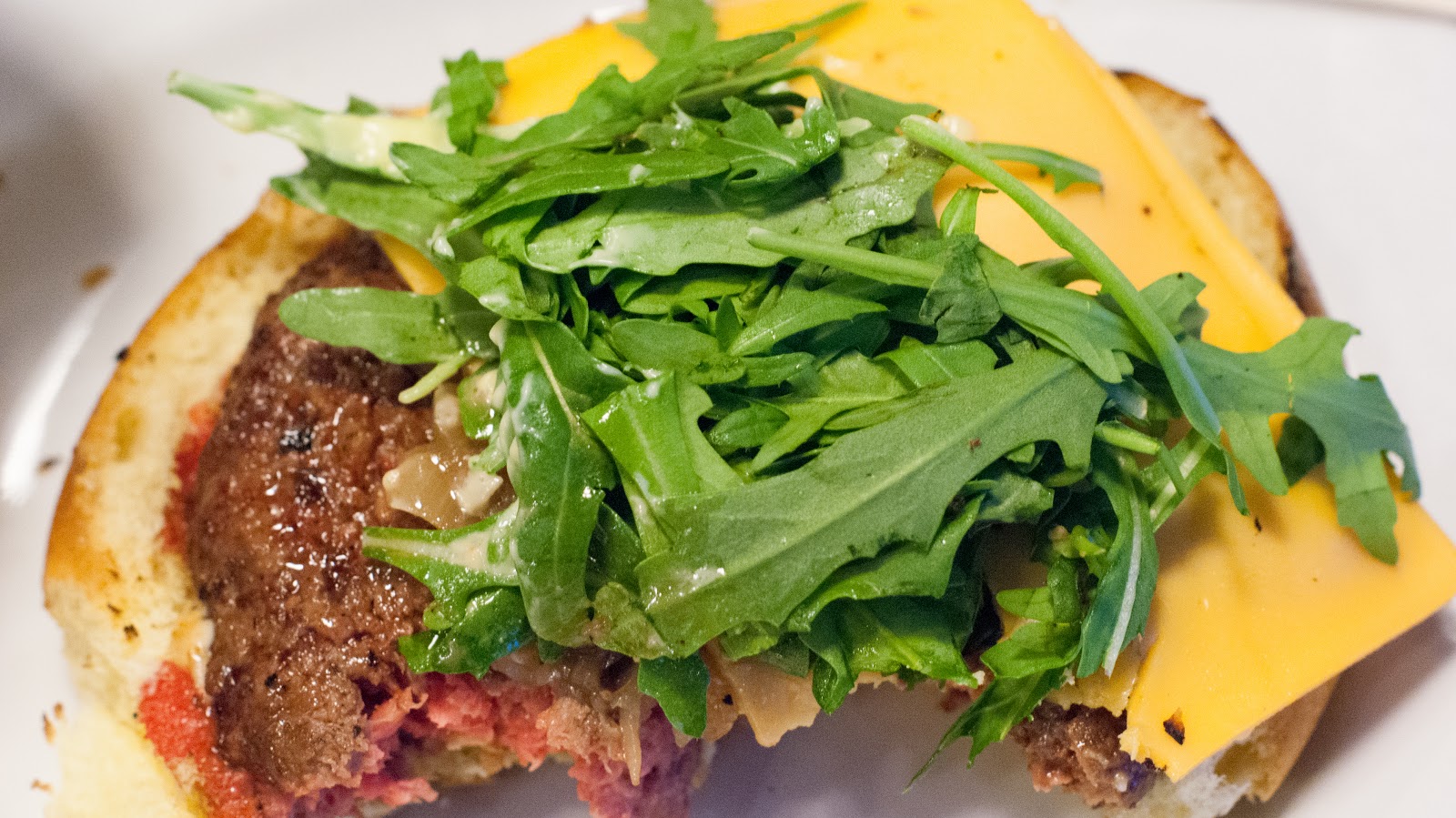 With the same patty and bun as above it's just the toppings and structure to look at, and this had far too much going on. Due to a poor build, the balance was all over the place. It was as if it had been split into overbearing sections purposefully. Rocket and blue cheese are domineering flavours at the best of times, here both was lumped in their own section of the burger and was far far to much. This was a poor burger which I would not recommend. 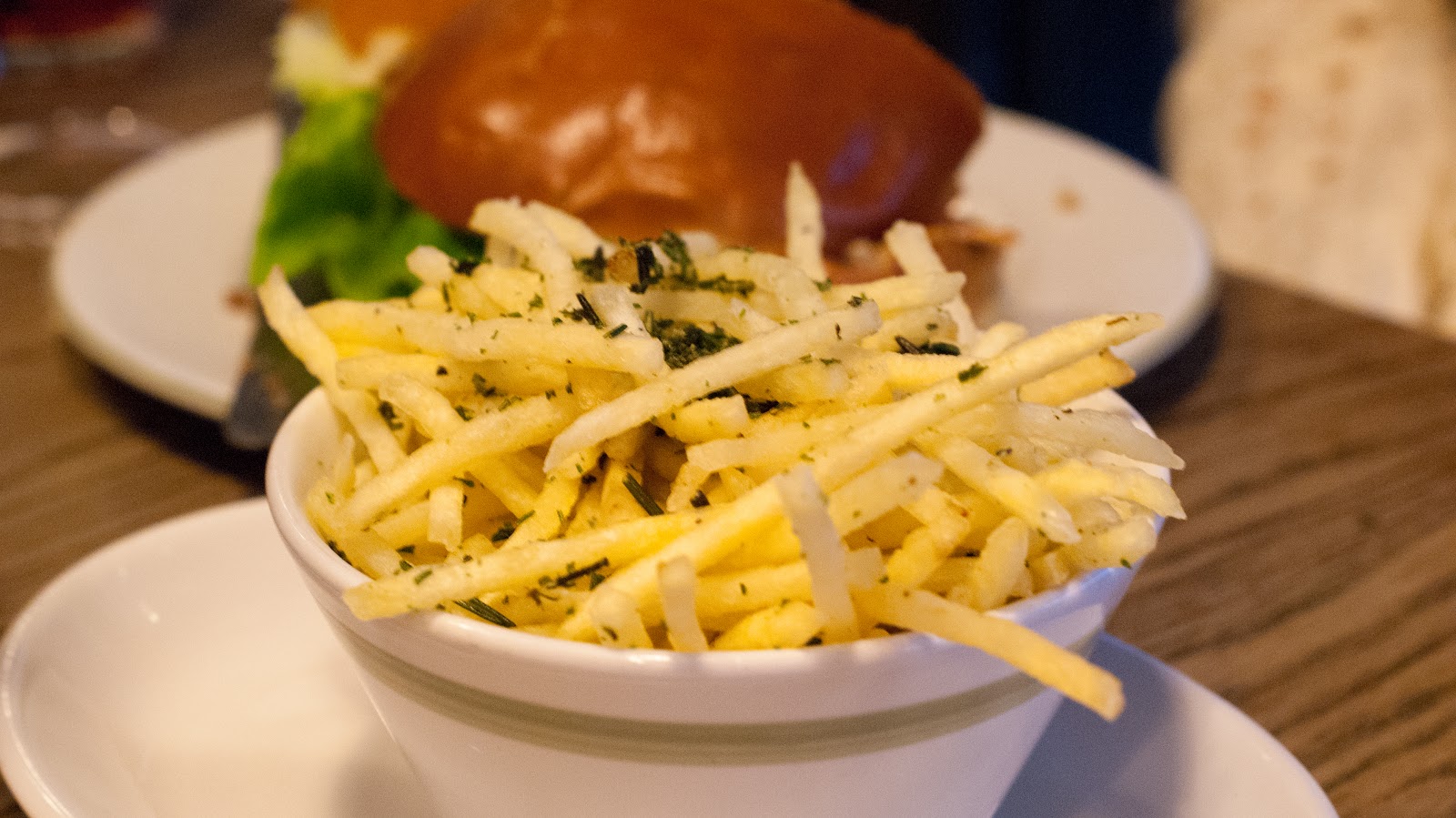 Five Guy nuts at the counter, the brioche bun, rosemary salted fries, onion jam... Trying to copy what's popular elsewhere isn't always a bad thing, the key is to at least match it, do it better or add your own style. They have copied the right ideas however they appear to be lacking the skill or knowledge to construct a 'good' burger, but with more people entering a burger restaurant than I've seen before this night, and with new GBK's opening around the UK, they have filled a gap in the market will be around for sometime yet, just I won't be going out of my way to return.

In London you're never far away from a burger joint that you know'll be better than a GBK visit, in Essex however, this is sadly as good as I've tasted.