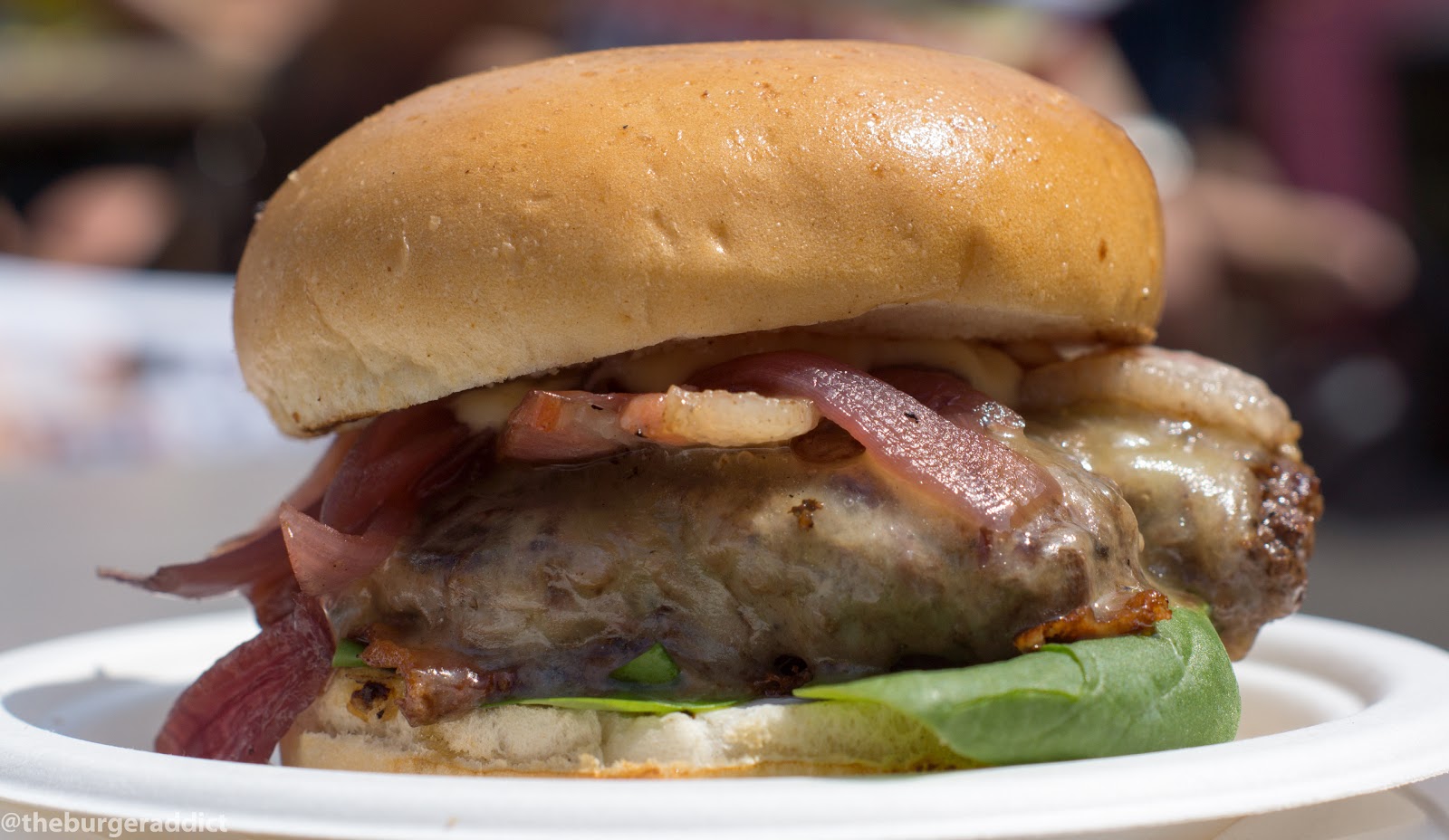 I'm up all night to get lucky - well I was...
Location: Netil Market
Website: www.luckychipuk.com
Twitter: @lucky_chip

Lucky Chip has a special place in my heart. Just over a year ago, before I started the blog, I visited Lucky Chip at the Seabright Arms. It was a 30 minute drive and people thought I was mad. It was the beginning of my obsession; The beginning of 'The Burger Addict'. I didn't know a burger could be that good.

Since then I've not reached that peak again with LC. I've had a good burger, but my last, at 'the burger meet up #BAD, back in April was a huge disappointed. Sadly that one off is now twice in a row. 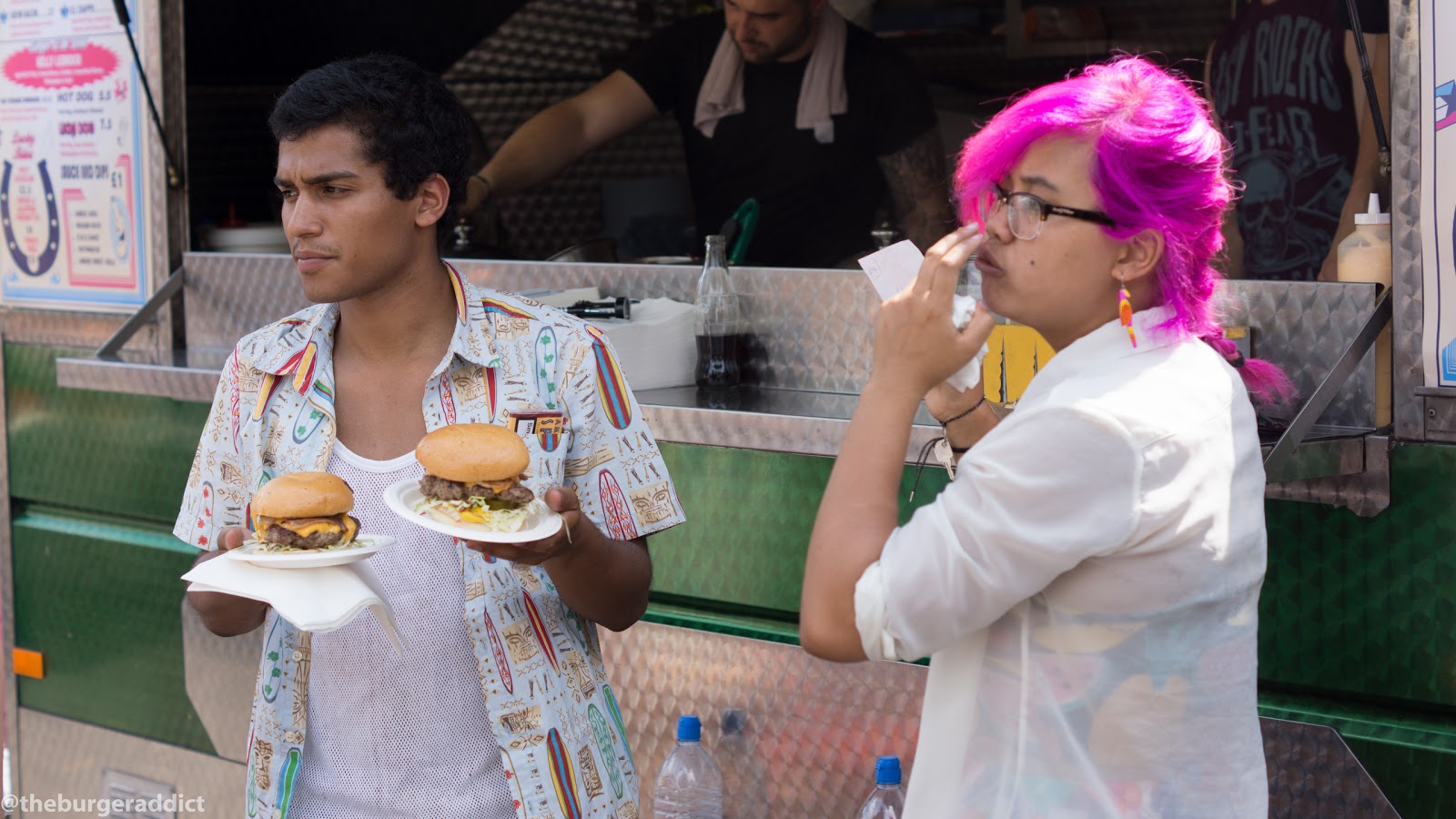 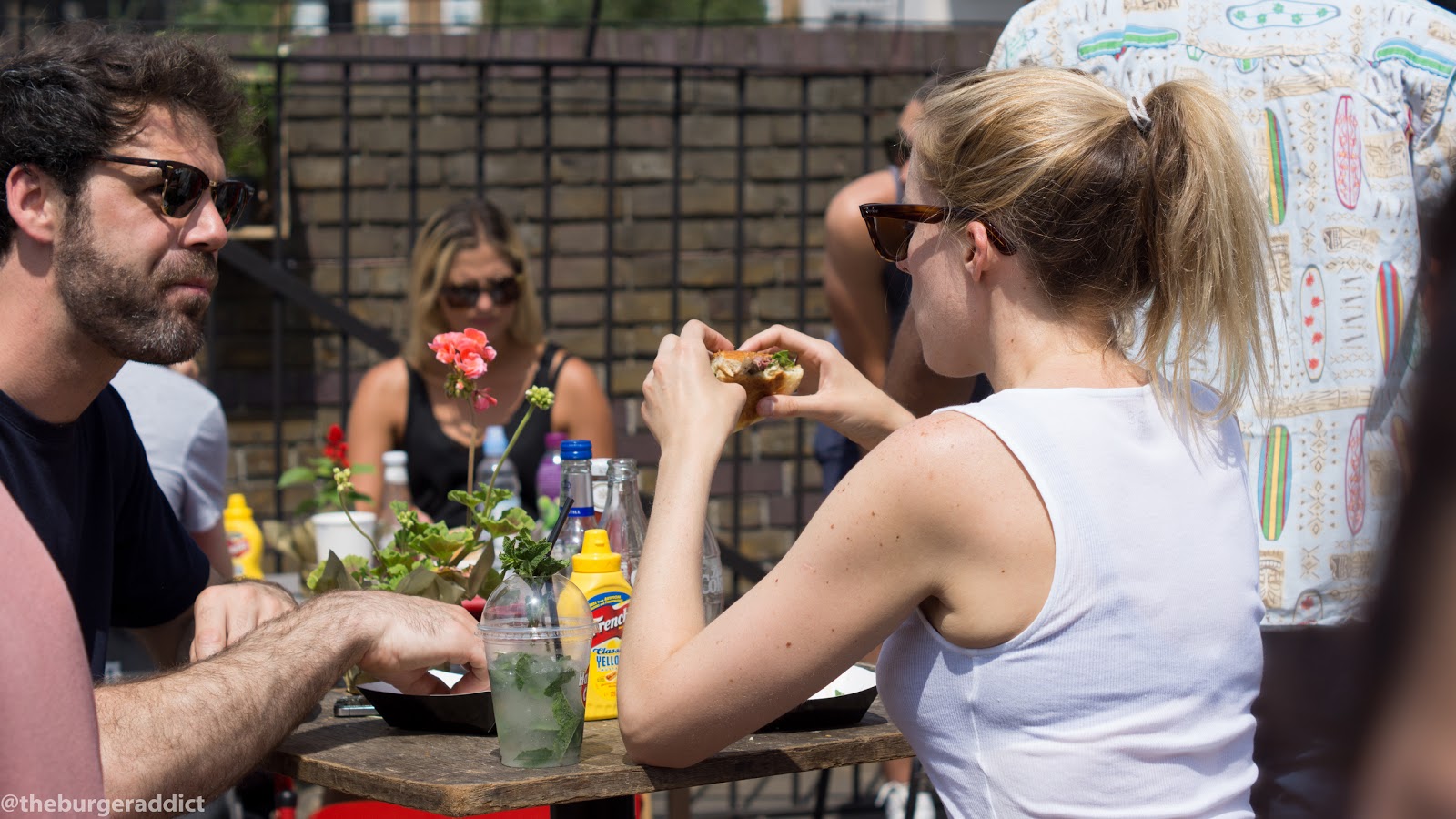 Much has been reported of the heavily salted patty from Lucky Chip, up until today I'd not experienced anything too dramatic. But today, the first bite there was a big crunch between my molars. Not from a caramelised crust on the beef, nor the bacon, but from salt flakes on the patty. To be fair, this was the only bite that it happened, but one too many really. I want the salt to enhance the beef, not be an independent flavour or texture.

When ordering, I requested the burger, as I always do, medium rare, to which I was told all their burgers are cooked this way - well this was not. The patty, most probably due to this, was chewier than it should've have been. The texture was very tough and a million miles from the first 2 burgers I'd had from them. Similar to the bacon burger before, the bacon just hasn't been cooked as I think it should be, and again the fatty soft bacon resisted a bite, and came out whole. 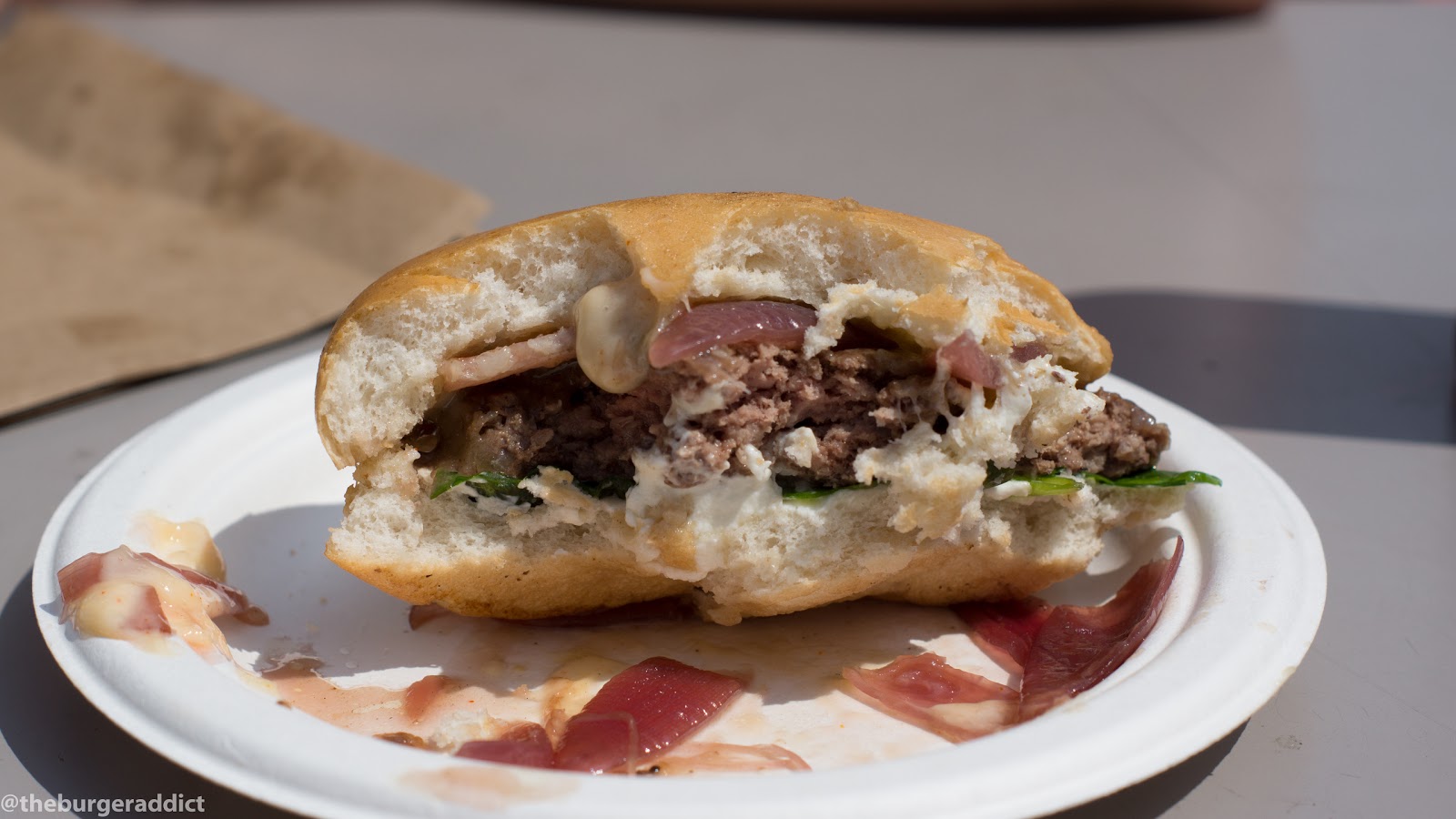 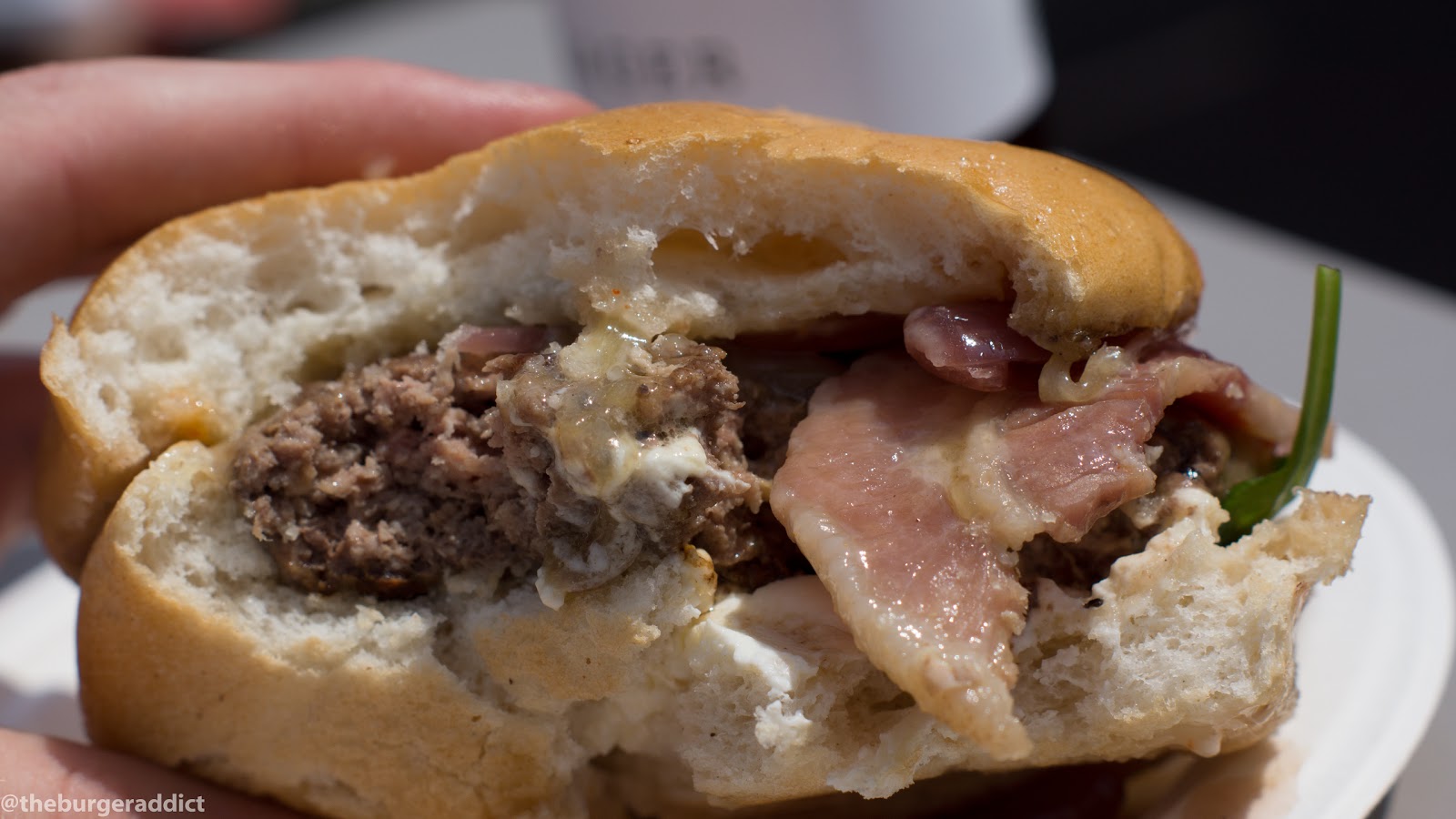 Philadelphia cheese is quite a strong flavour, and won''t be for everyone, but the creamy flavour, when coupled with the sharp onion, works really well. The bun was a bun of two halves. The top was great. Light enough to be present and tough enough to keep structure. The bottom(as you can see) buckled under the weight and the Philadelphia cheese, and split quite early on.

So it's good burgers 3 bad burgers 2 from Lucky Chip..I'm not sure when my 6th will be. 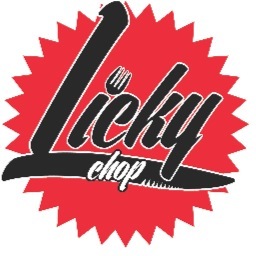 Lucky Chip may have given me sub par burgers on my last two visits, but their latest venture Licky Chops is a hole in one. They're located in London Fields also, in Climpson's Arch . They are open Thursday - Sunday. 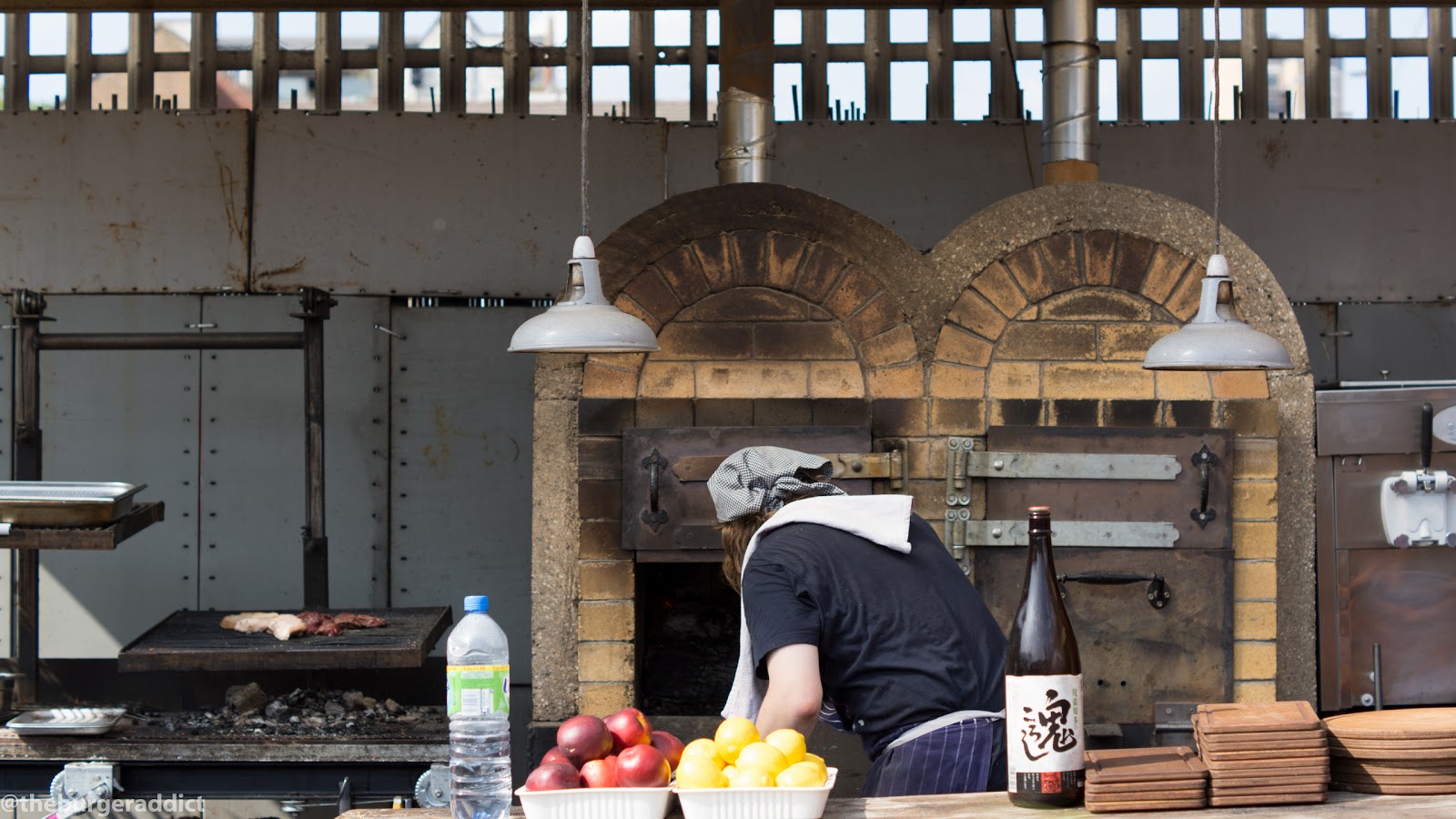 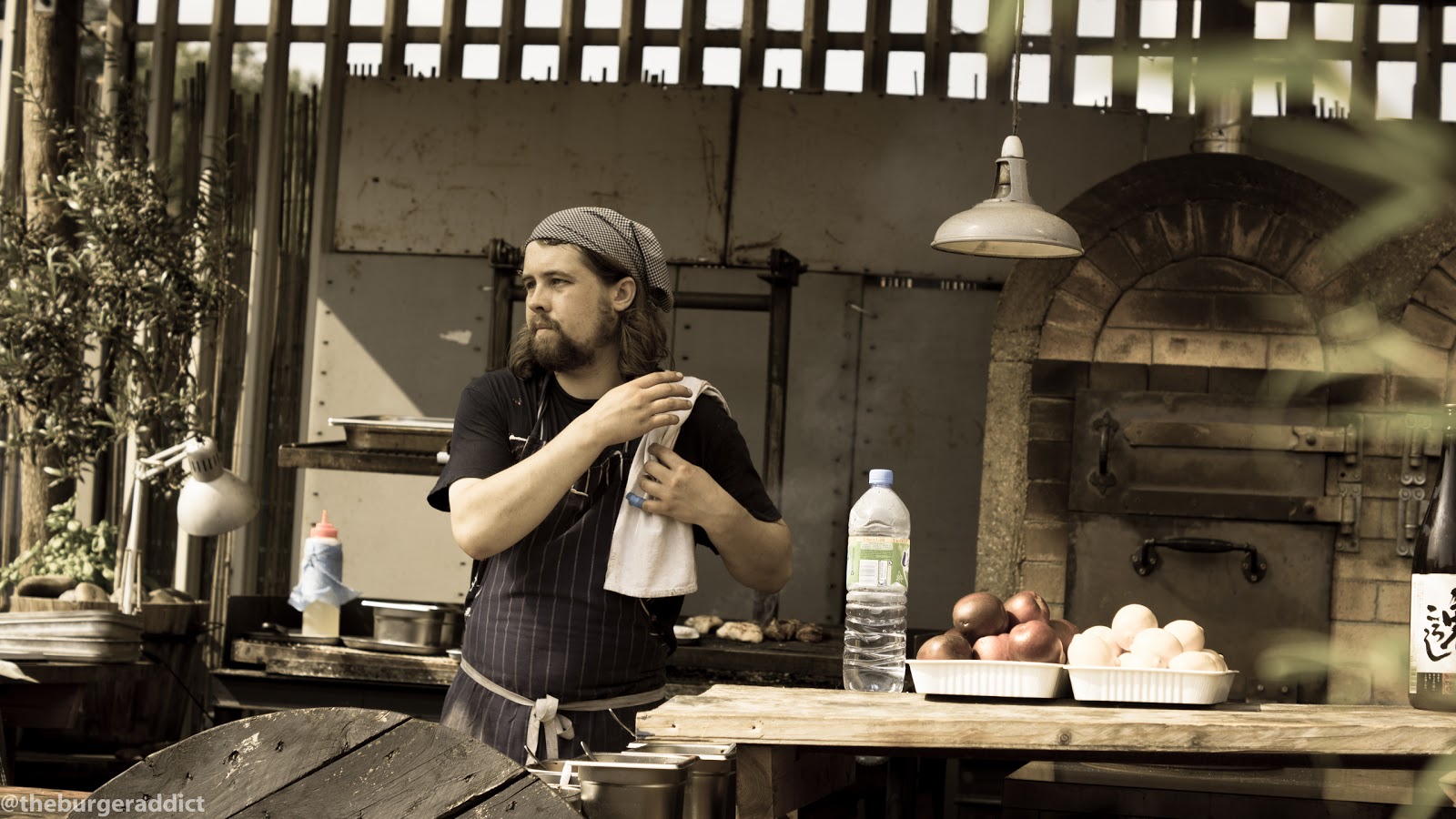 All these were fantastic with the lamb belly & beef tartar being my highlights. Not sure how long they are there, but I'm planning my visit for next weekend already!