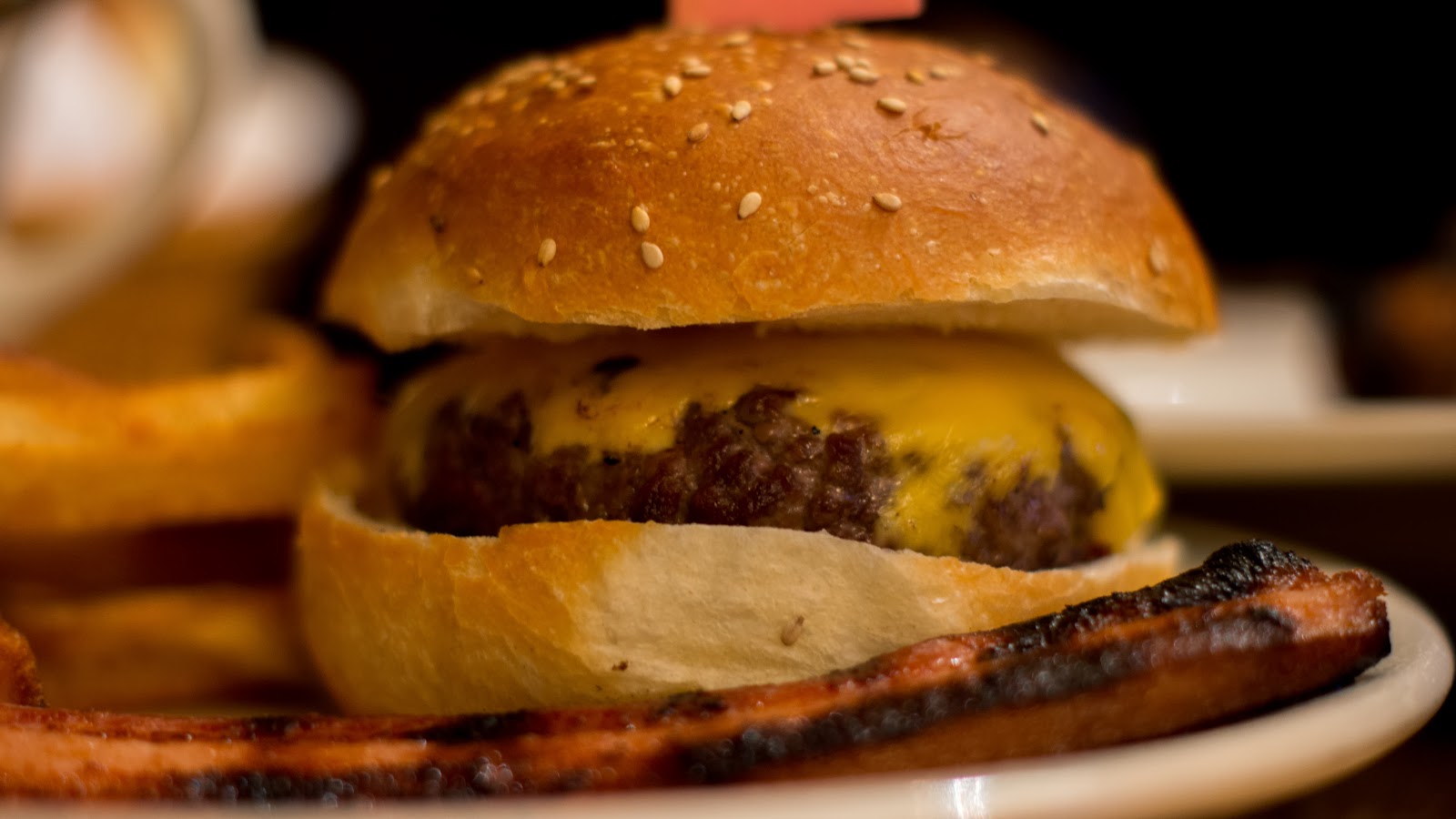 This is the definition of a no frills burger - If you order it as on the menu, it's just meat and bread. You then add cheese and bacon(at a price) if you want to. I'd heard before arriving the bacon was more a side with the burger, rather than to be added and upon seeing it, I make them right. It was the thickest, longest strip of bacon I've ever seen. It's double the length of the photo above. What a strip of bacon though. 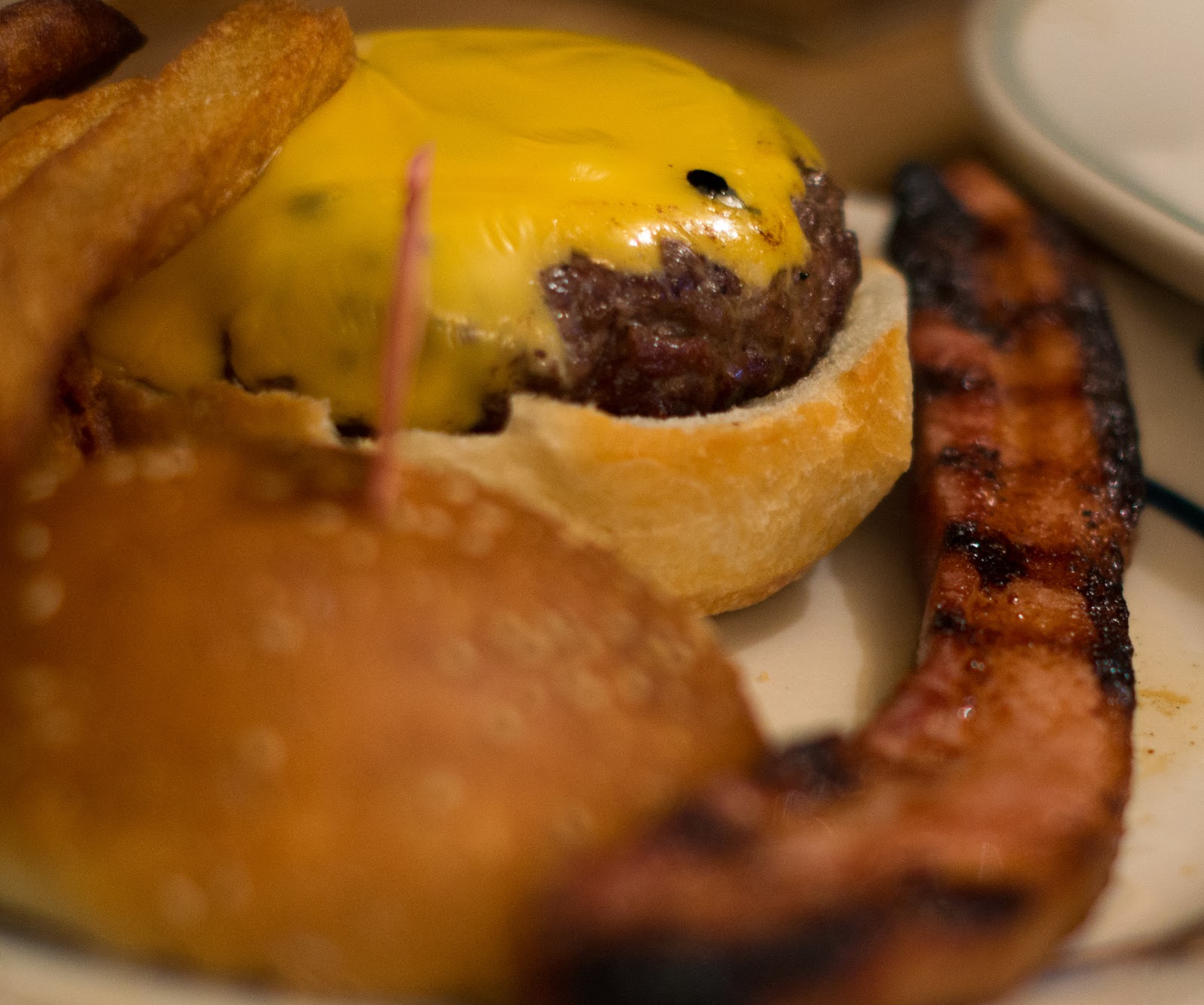 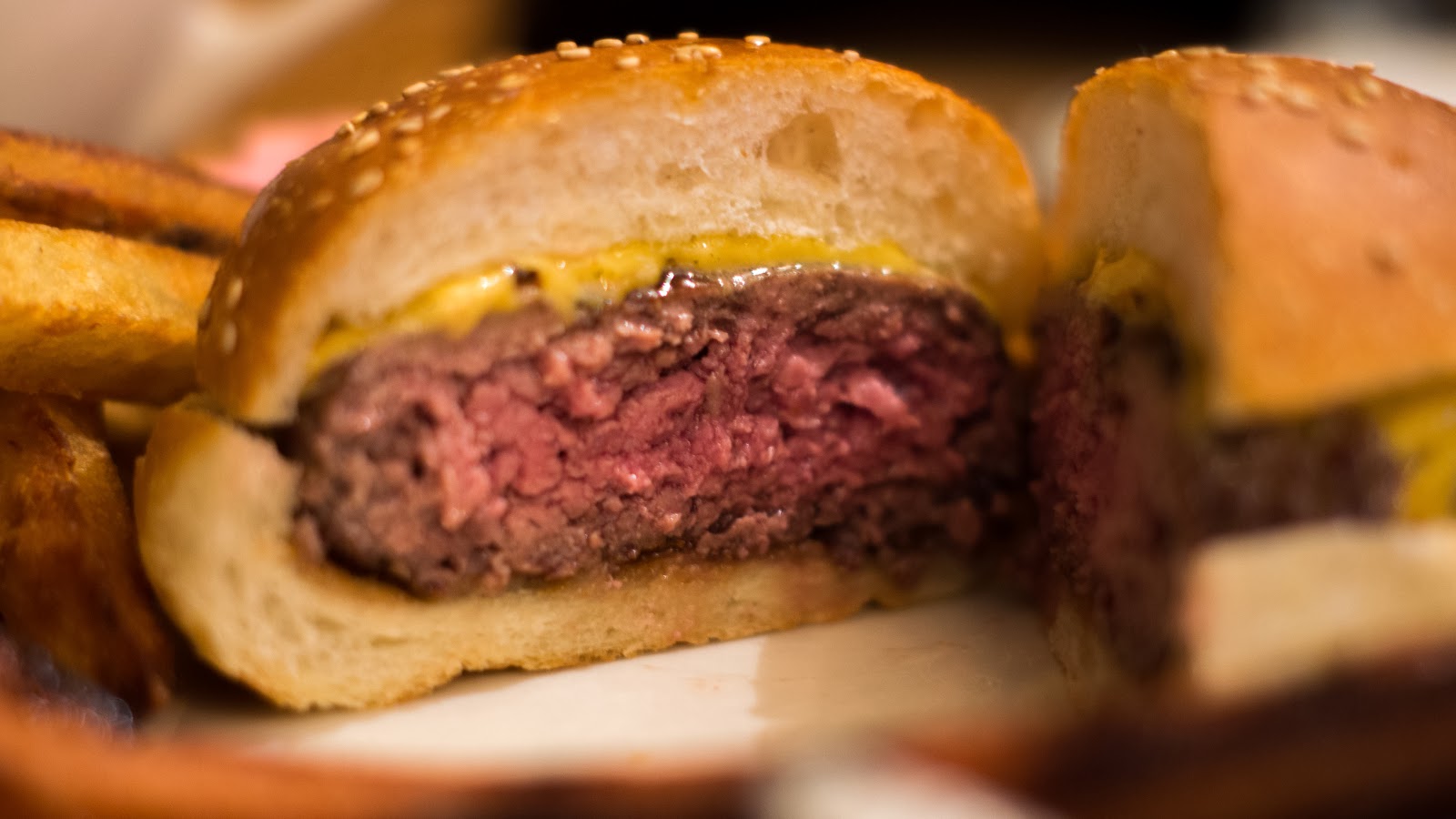 As good a bun to meat ratio you're likely to see. With a cut through it looks like the patty is cocooned in the bun. The bun is faultless, the beef is glorious and the cheese is a melted thick blanket binding it all together.

There's not much more I can add really. It's so so good. This is a burger for the purists. 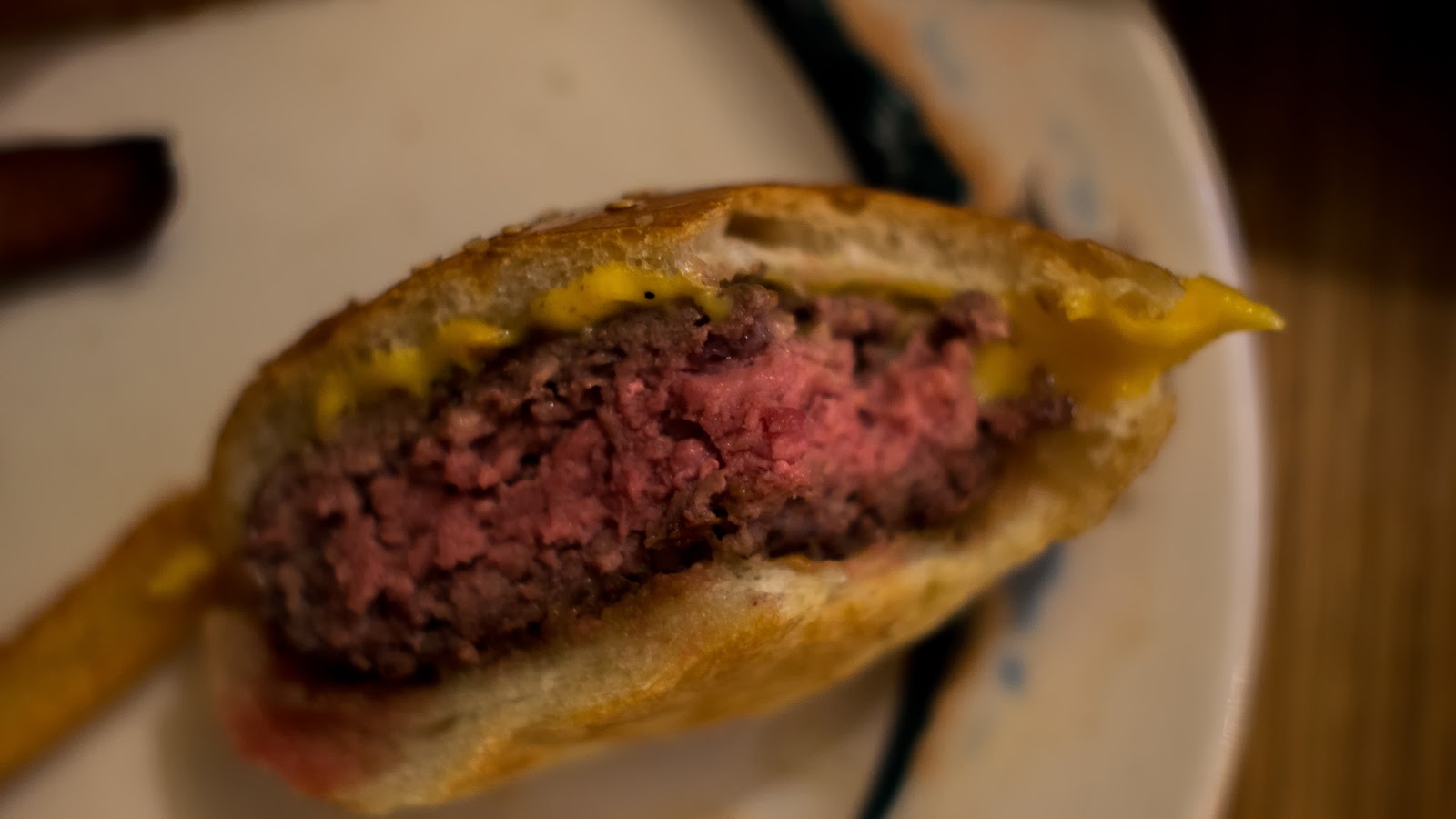 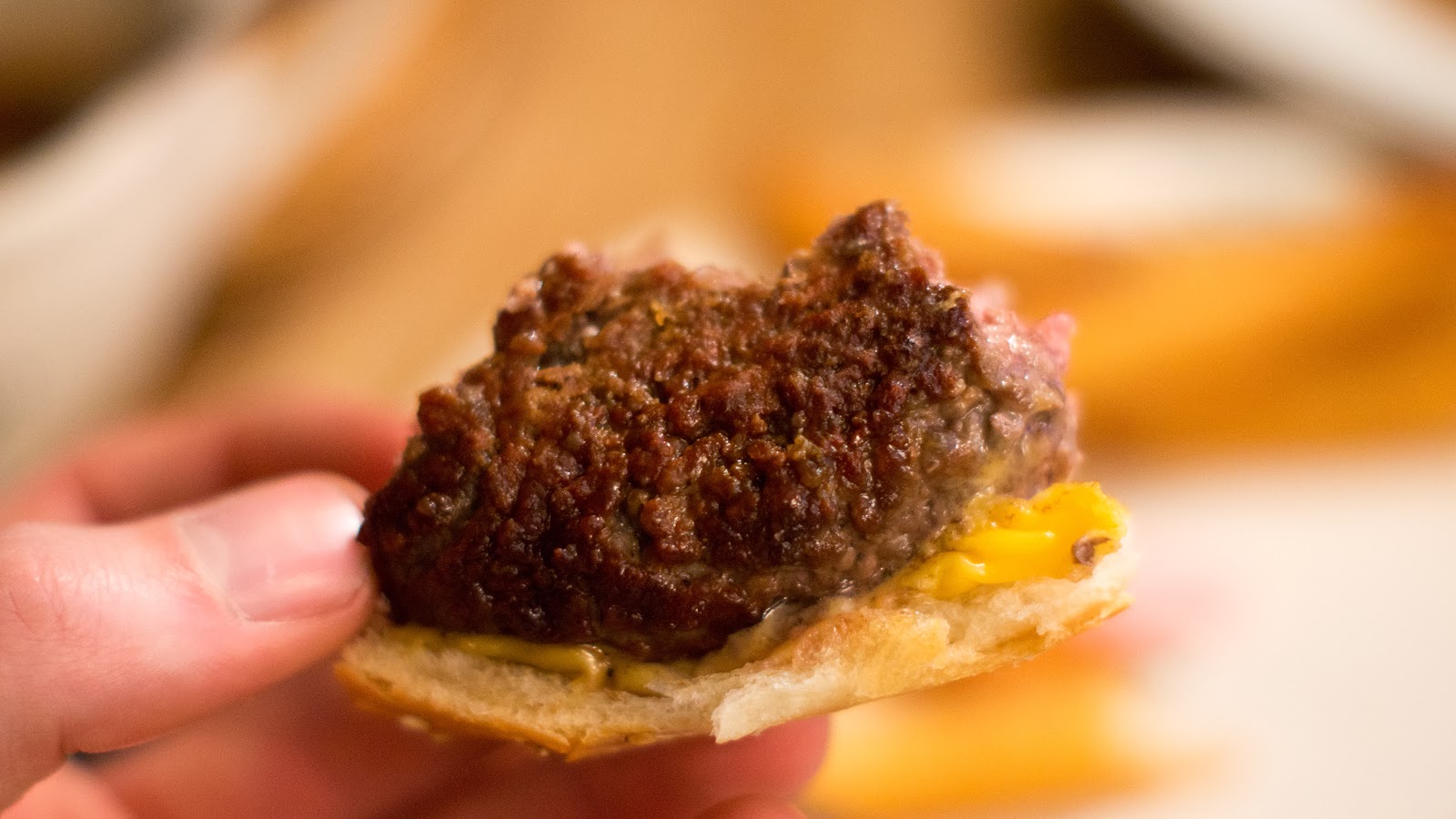 So that's the burger. What about their signature porterhouse steak?

American meat is graded, select, choice and prime, with only 3% hitting the top graded prime. Of this, Peter Luger then hand pick their meat from the prime grade, with only half making the grade. It's then butchered, aged in house and cooked for you the day it comes out of the dry ageing. This is the same meat used in the burger, which goes some way to show you the quality they're offering.

There's ultimately a 'holiday effect' when eating and I've never ordered this cut at one of our two heavyweights in Goodmans and Hawsmoor. With that in mind, it was the still best steak I've ever had. 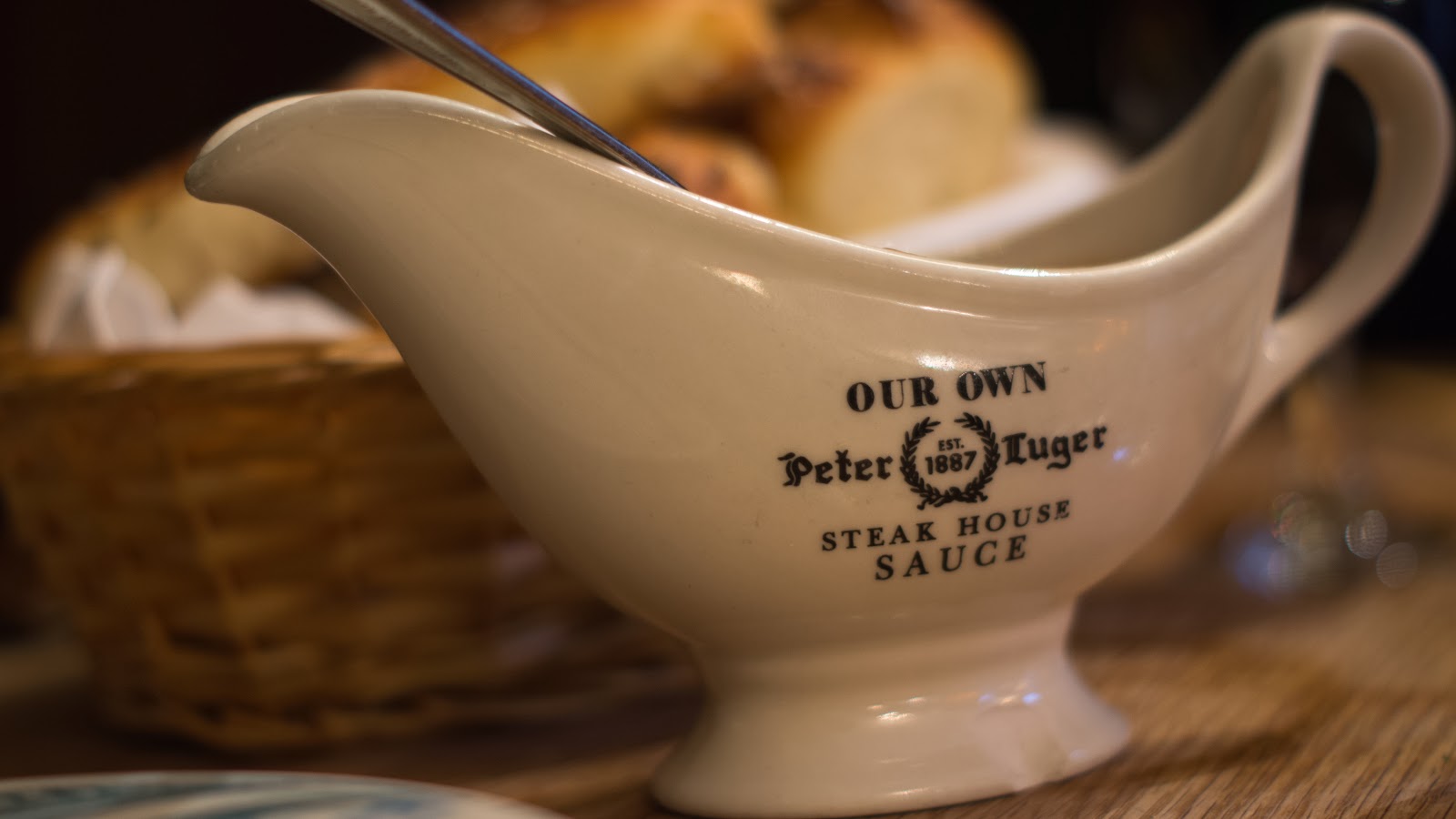 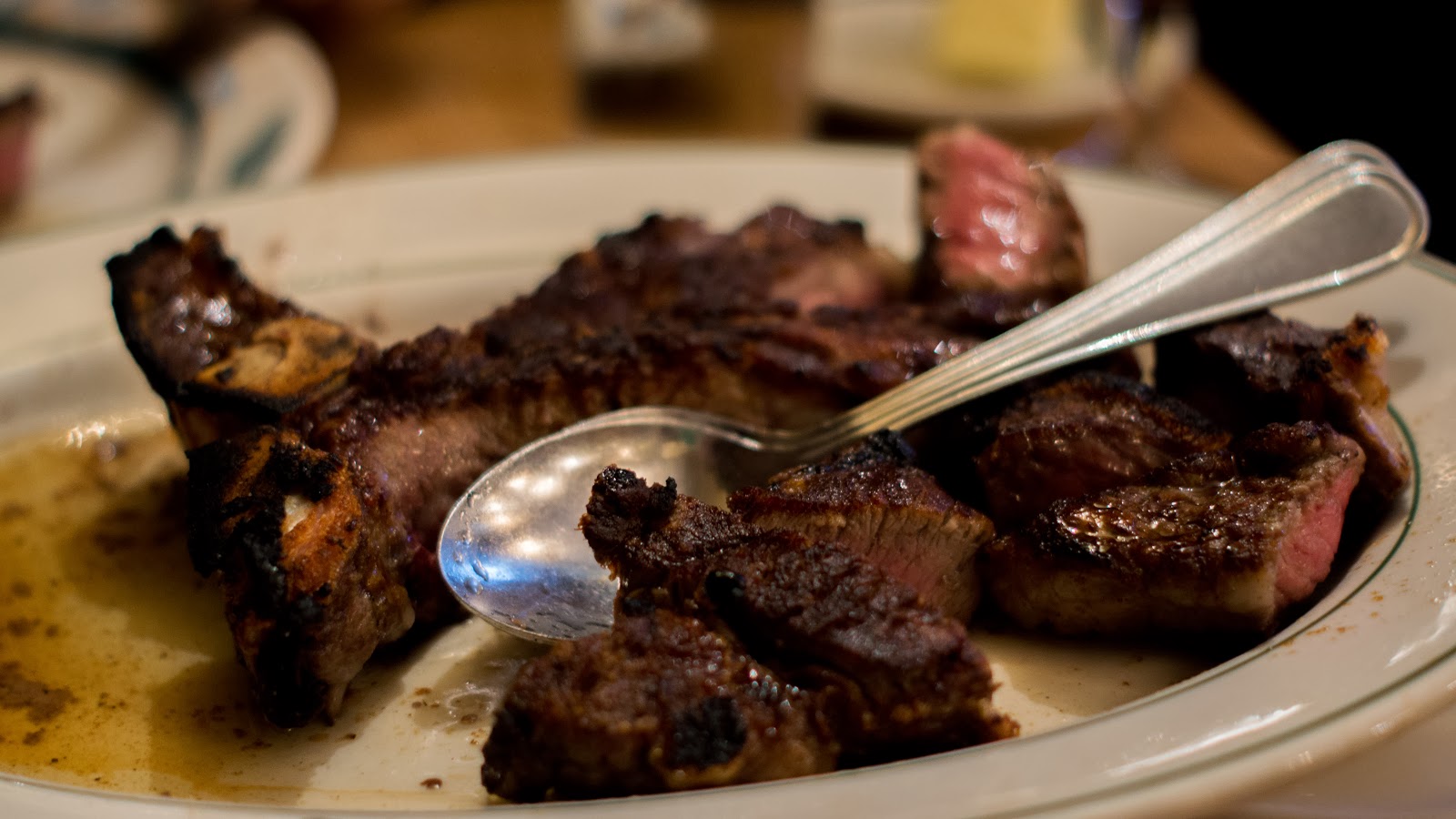 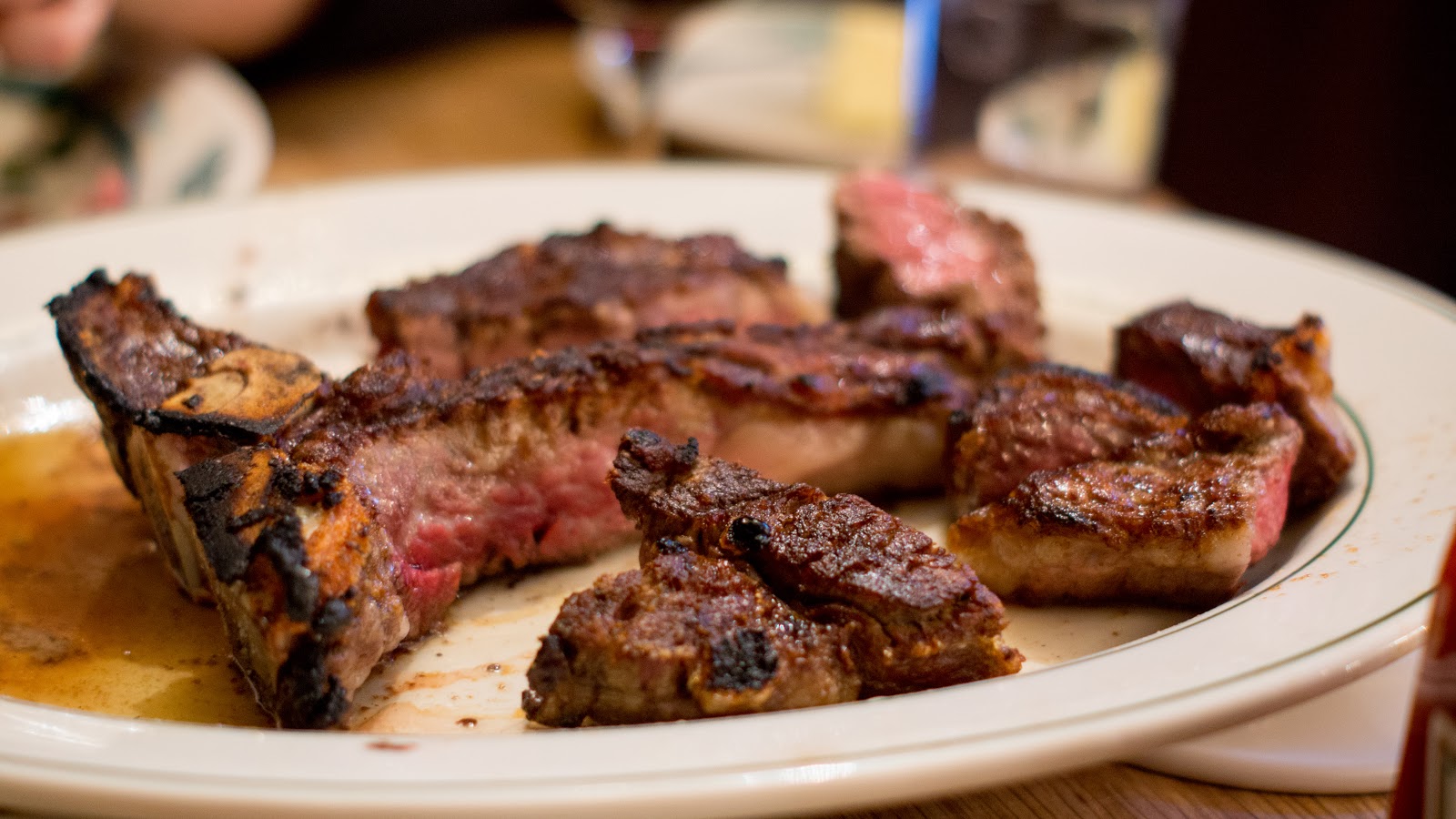 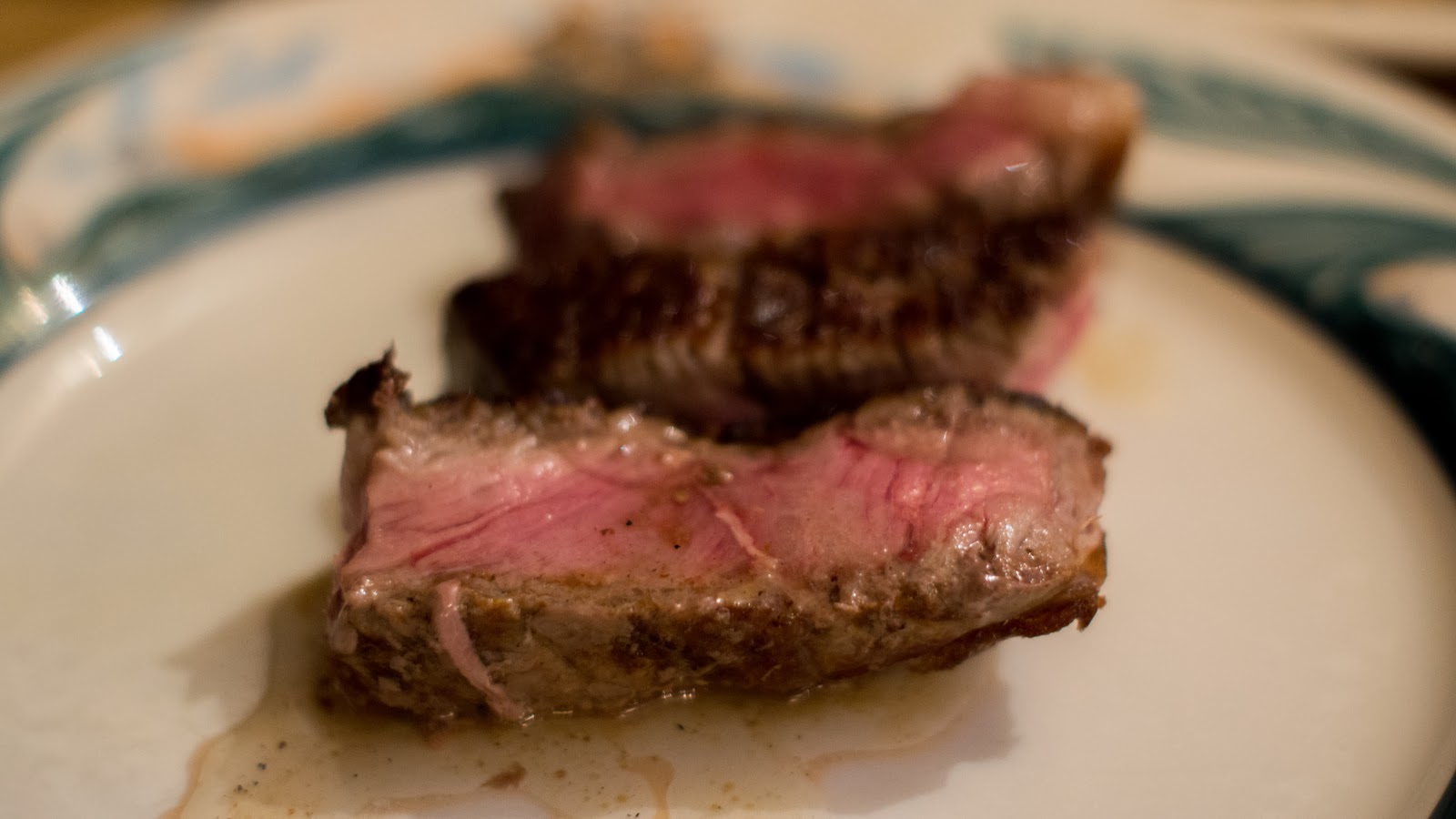 The top of serving plate rests on a upside down saucer, to allow the juices to pool at the bottom and be spooned back over. The steaks pops in your mouth with a crust that had a deep bite encasing the soft jucey meat.

Every mouthful delivers with no disappointment. It's clear to see why this has won best steak in New York since what seems like time began.

Priced at $99.95 for a porterhouse for 2, it's not cheap and whilst porterhouse isn't my cut of choice, don't be a moron and come to a place that's famous for this cut and order something else - this has to be done their way. 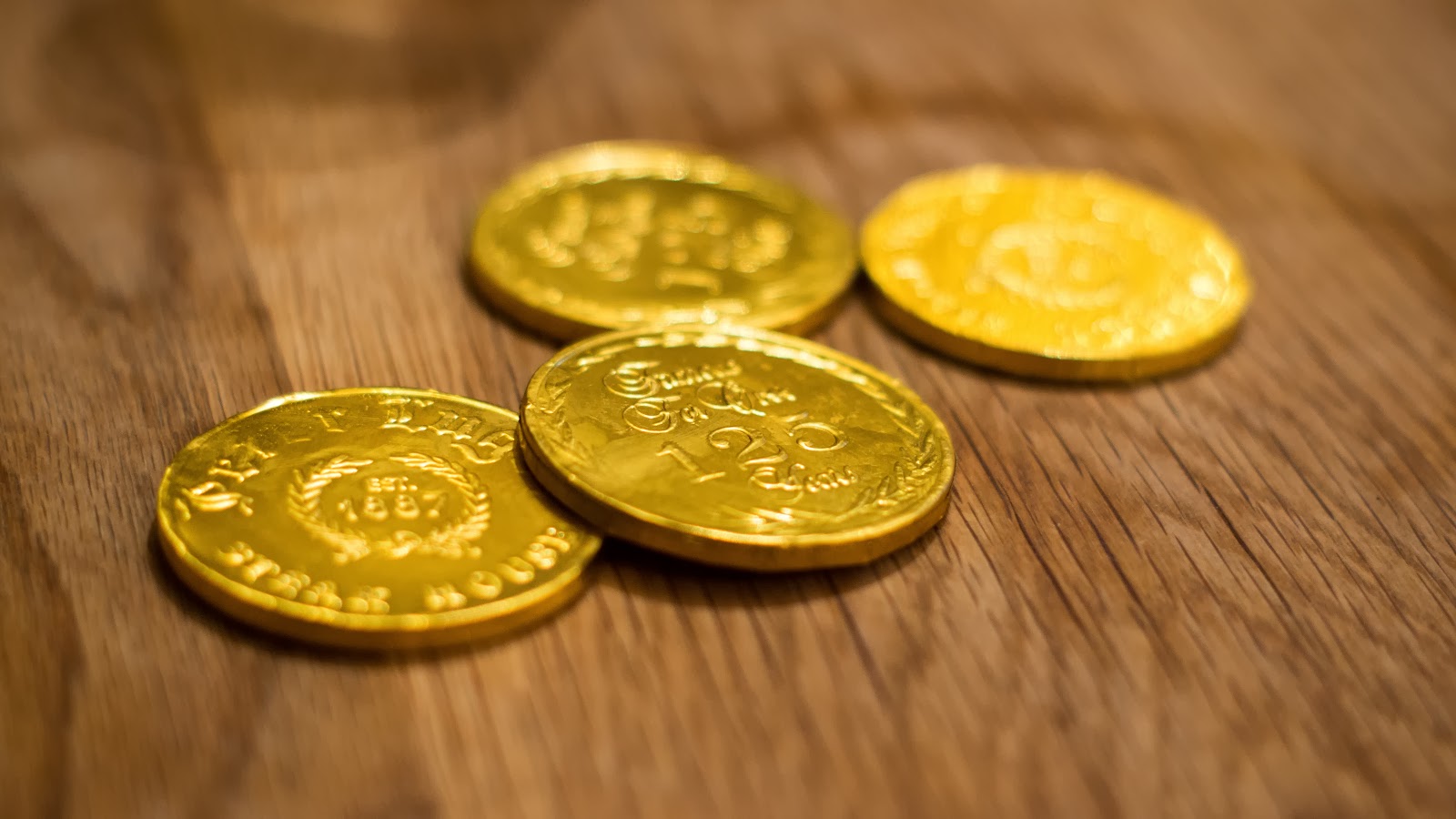 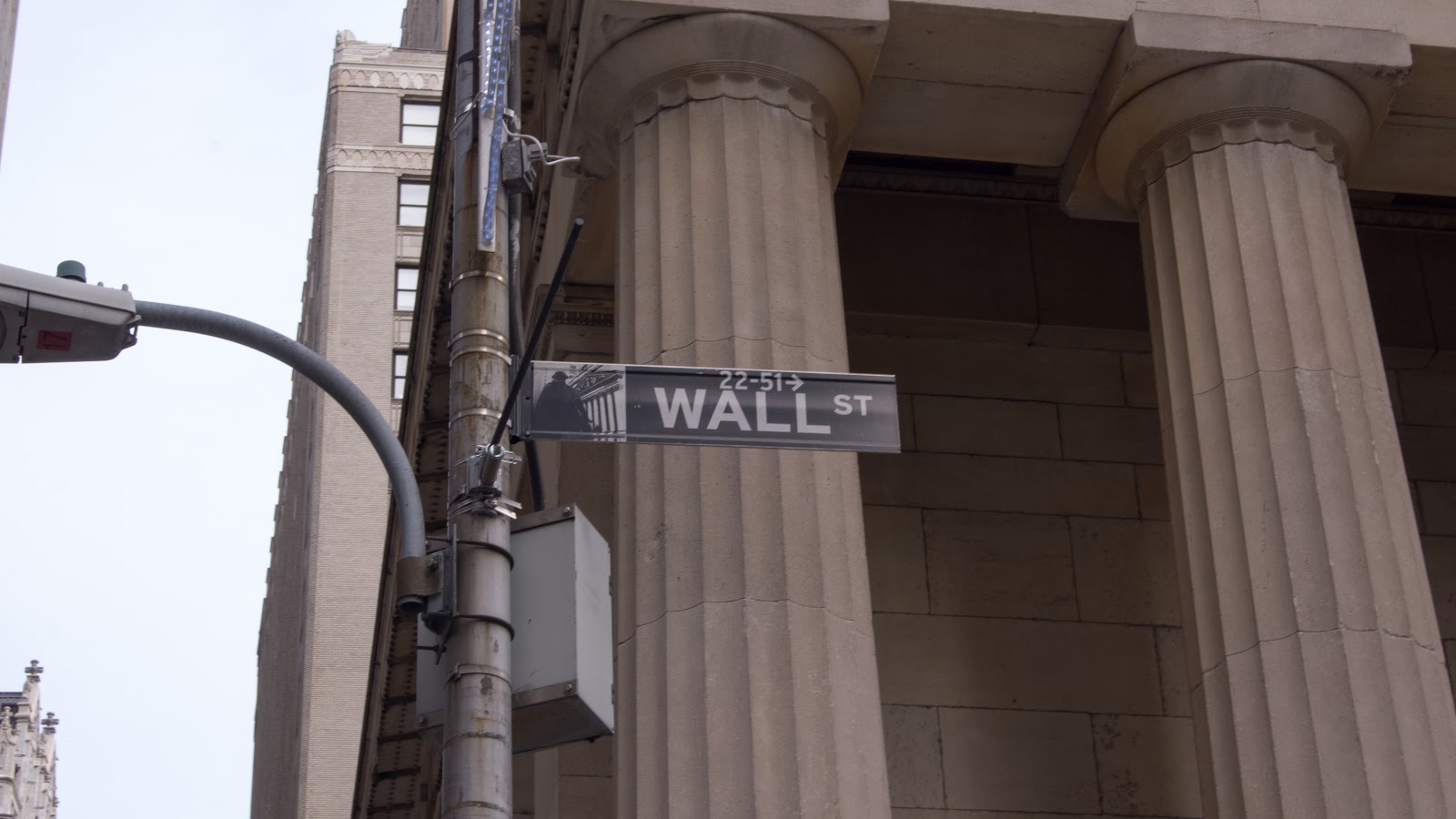